The Lilywhites made three changes to the side that drew with Sligo Rovers on the opening day of the season with the injured Patrick McEleney and international absentees Raivis Jurkovskis and Sonni Nattestad replaced by Greg Sloggett, Darragh Leahy and Michael Duffy respectively.

Both sides frequently gave possession away cheaply in a scrappy opening to the game and Harps, who pressed the Dundalk backline at every opportunity, had the first major opportunity when some loose Dundalk passing gave Foley a sighting of goal but Alessio Abibi got down well to save.

Harps continued to cause Dundalk problems but the Lilywhites grew into things and both Patrick Hoban and Junior fired off target before the visitors drew first blood in the 43rd minute. Abibi’s heavy touch left him in trouble and when he smashed the ball against Foley, it deflected off the Harps striker and bounced into an empty net to give Harps the lead at half-time.

The Lilywhites made two changes at the break with debutants Ryan O’Kane and Chino Perez introduced for Junior and Sam Stanton respectively. O’Kane’s impact was instant as he won a free kick on the left side of the box just three minutes into the half and Patrick Hoban rose to meet Duffy’s brilliant delivery to head home his first goal of the season. 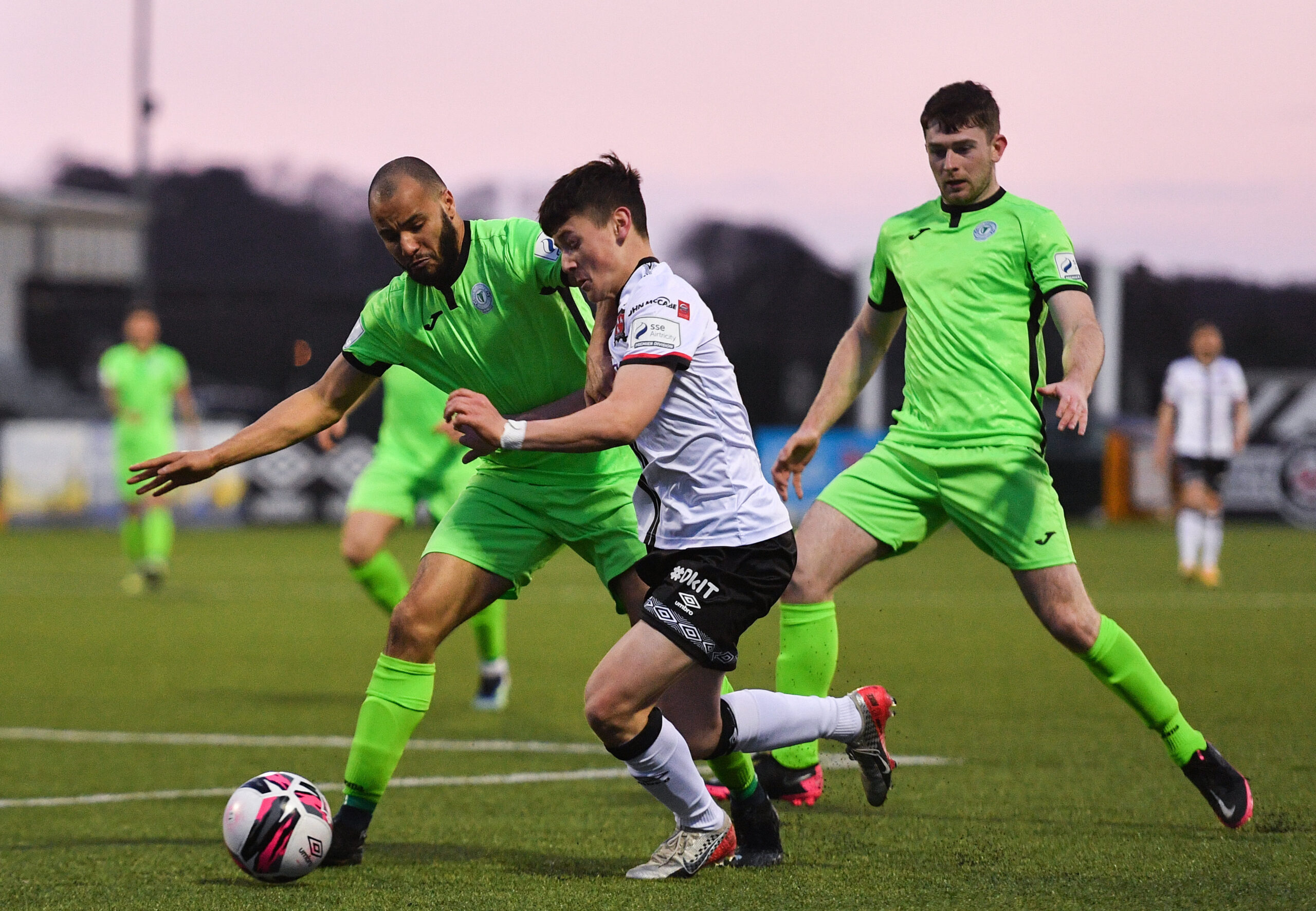 Dundalk then enjoyed a spell of control with O’Kane central to every good attack and a fine move down the right flank almost led to a second for Hoban just short of the hour but he was denied by a sensational McGinley save after he met a Cameron Dummigan cross with a diving header.

Harps regained control after that and Foley almost squeezed the ball in at the near post with a drive from just outside the box. Dundalk failed to heed the warning and the Ballybofey outfit landed a sucker punch just a minute later when Foley timed his run to perfection to break through and he placed the ball past Abibi to make it 2-1.