DFC IN THE COMMUNITY: FOOTBALL FOR ALL

DFC IN THE COMMUNITY: FOOTBALL FOR ALL

The scheme, which is part of the FAI’s Football For All Club Programme, encourages grassroots clubs to create a section within their club for kids between the ages of six and 16 with additional needs.

Coaches Garry Hoey, an international with the Republic of Ireland amputee side, former Dundalk FC academy player Luke Murphy and Darren Lennon led the kids through a number of drills with the emphasis firmly being on having fun!

FAI Development Officer – and former Lilywhites attacker – Paul Smyth – played a big part in bringing the programme to Dundalk and he declared it a resounding success.

“After Glenmuir reached out to us we held initial training and meetings around how we would structure the course,” he explained to dundalkfc.com.

“We connected with St Brigid’s School in town and did some promotion of it there and the initial six-week programme, which concludes today, has been hugely successful.

“We have had up to 14 kids turning up at some of the sessions and it is something we would like to build on going forward. It gives kids with additional needs a chance to get involved with their local club.”

Glenmuir FC secretary Ciaran Caldwell said his club were proud to be involved in the scheme and described it as another important milestone in the progressive local club’s history. 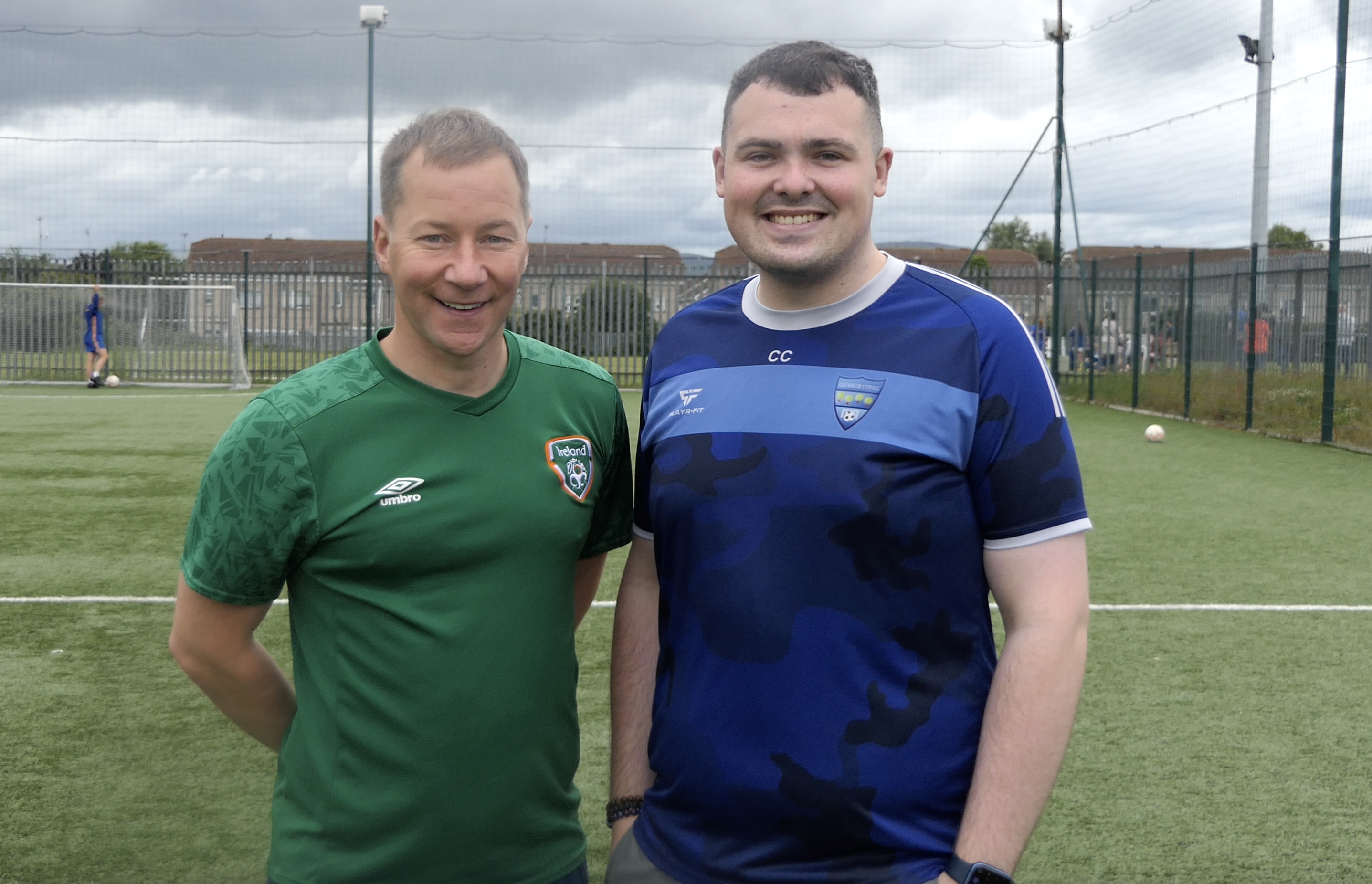 “I met Paul about two years ago and he mentioned it to me back then but because of Covid we have only been able to get it in action this summer,” he said.

“We are just delighted to be involved and the plan is to keep it going and get maybe two or three age groups out of it, similar to what Schoolboys League football offers. That would be my goal.

“As a club, we want to include everyone,” he added. “We have boys’ teams, we have girls’ teams, we have two senior mens’ teams and we now have Football For All so it’s all coming together nicely.”

Plans are in place to run a second camp towards the end of the summer and Smyth had a reassuring message for parents of kids with additional needs.

“Everyone is welcome to come and give it a try,” he said. “It’s a really relaxed environment and the coaches have been fantastic and have really helped the kids find their level.

“The kids that started the course have stayed at it which is really encouraging. The sessions are fun and if any of the kids are feeling a little overwhelmed, they can take a time out. There’s no pressure on them whatsoever.”

For more information on the FAI’s Football For All programme, visit the Twitter page here.