HEAD IN THE GAME INITIATIVE RAISES €7,500

HEAD IN THE GAME INITIATIVE RAISES €7,500

Mental Health charity Head in the Game presented a cheque for over €7,500 to the Shine and Jigsaw charities recently after all SSE Airtricity League captains wore specially designed armbands for the month of May.

The armband initiative was launched by the League of Ireland and Head in the Game as a direct fundraising initiative in May, which was also National Mental Health Awareness month.

“Head In The Game was delighted to feature prominently during all League Of Ireland matches in the month of May,” said HITG chairman Dean Arrowsmith. 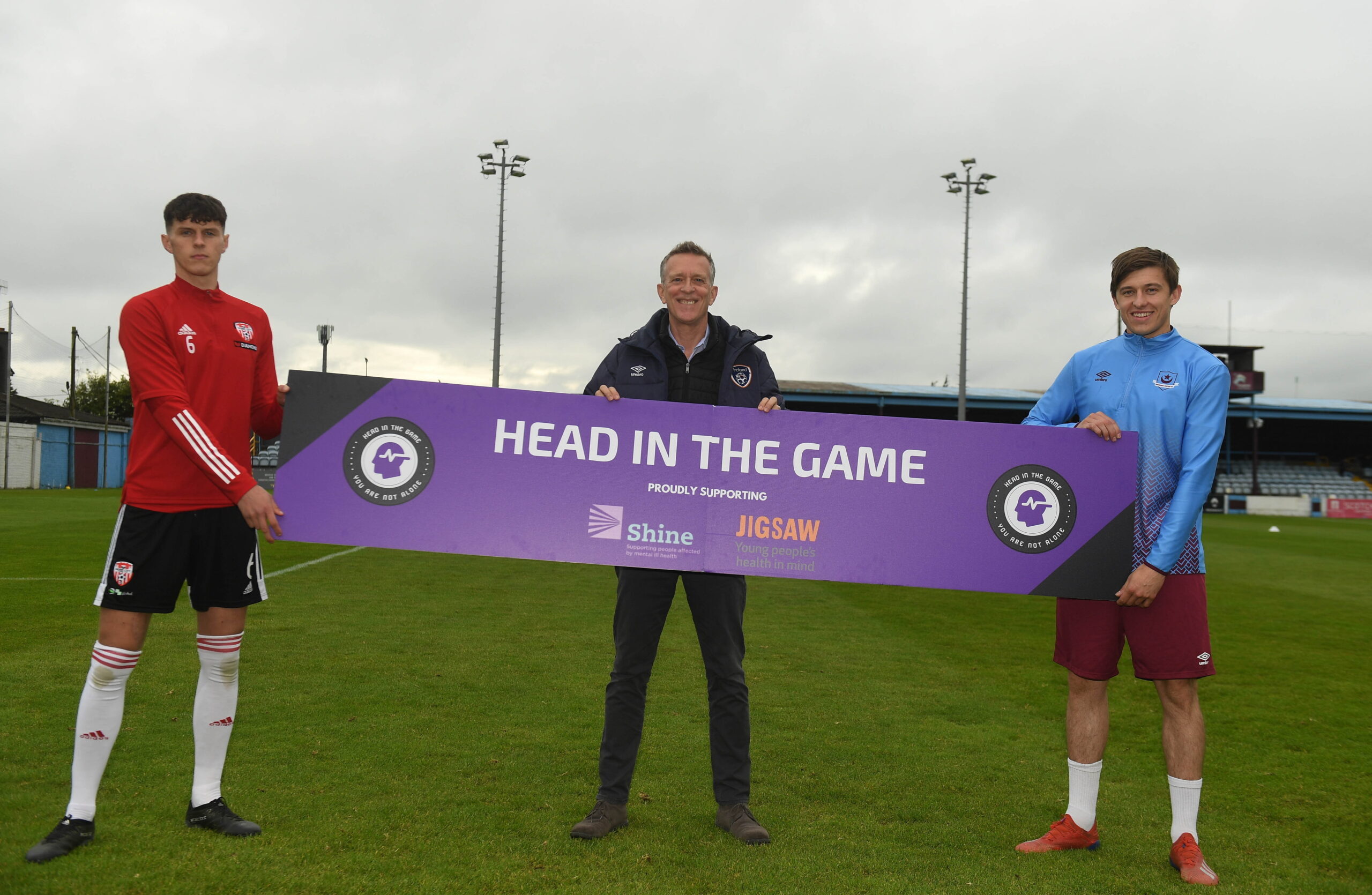 “Head In The Game’s main objective is to ignite a conversation around mental health in the football community and to offer support by way of our charity partners for those in need.

“It was a pleasure to raise this money for Jigsaw and Shine. On behalf of all at Head In The Game, I would like to offer our sincere thanks to the FAI, in particular Derek O’Neill, for the continued support of our campaign and we look forward to working together with the FAI on future projects.”

FAI Chief Executive Officer Jonathan Hill remarked: “It was a pleasure to play a part in the recent presentation to Jigsaw and Share, appropriately at The Head in the Park stadium in Drogheda.

“The fundraising by everyone connected with Head in the Game is of great benefit to both Jigsaw and Shine and our thanks go to everyone who contributed. We will continue to support Head in the Game in everything they do for Irish football.”