HOBAN ON THE COMEBACK TRAIL

HOBAN ON THE COMEBACK TRAIL

After undergoing surgery prior to Christmas, Patrick Hoban says he is making good progress on a return to full fitness ahead of the new season.

The 29-year-old hasn’t kicked a ball since last November when he limped off after landing awkwardly on his ankle following a collision with Sligo Rovers goalkeeper Ed McGinty in the final league game of the season at Oriel Park.

As a result, Hoban had to watch three of Dundalk’s UEFA Europa League group games and the FAI Cup final win over Shamrock Rovers from the stand but after taking part in some running over the past week, he can see light at the end of the tunnel.

“It’s probably the worst injury I’ve ever had,” he said. “I knew straight away when I did it. I was running full pelt and collided off the ‘keeper. I knew by the way I landed that it was bad but I didn’t think it was going to be as bad.

“I was in a bit of shock when the results came back but I had the surgery and it’s not something that’s going to stop me,” he added. “Fitness-wise, I’m ahead of schedule on the pitch but in terms of trying to get the full strength back into the ankle, I’m not quite there yet.

“On Tuesday, I had my hardest run so things seem to be progressing well and touch wood, it won’t be too long before I’m back on the pitch and playing games.” 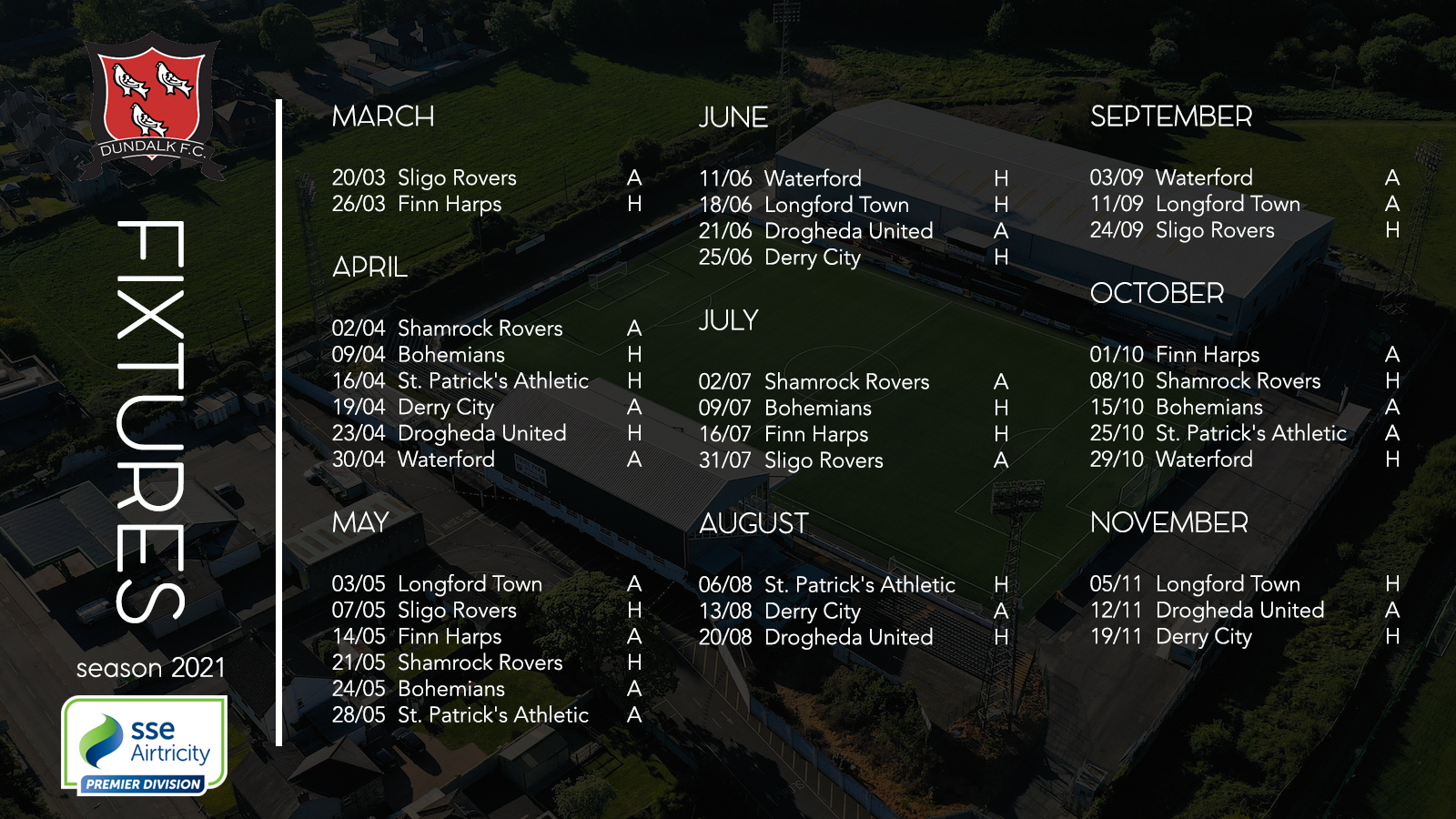 Hoban still has time on his side to make the league opener. Originally mooted for a mid-February start, the third wave of COVID-19 has pushed the start of the SSE Airtricity League of Ireland season back to March 19th when the Lilywhites, ironically, travel west to face the Bit o’Red at The Showgrounds.

“If we had started this month, I probably would have pushed myself too much to try and get back and that could have led to a setback and me being out for even longer. Now, I have a bit more time to get ready which is good for me.”

The FAI have also published fixtures for a 36-game Premier Division campaign. Hoban was a big critic of the truncated 18-game format that greeted clubs after the first lockdown ended last summer and he said his thoughts on the matter had not changed.

“It’s a proper league, isn’t it? You’re telling me that winning the league after 18 games is winning a league? It’s not. It’s like being top of the table in June and saying ‘we won the league’. Come on. Let’s be realistic here.

“Before we went into the games last summer I said it was ridiculous. I could not see myself, if we had won the 18-games last season, celebrating like we had won the league, especially after winning three before that. I just couldn’t do it.

“I saw last year’s league as a chance to win a Champions League spot and we didn’t do that. We finished third, and although we qualified for Europe, it was still disappointing, but this year we have to try and retain what’s ours which is a 36-game, proper league.”