Dundalk midfielder Keith Ward admitted that his overriding emotion was one of frustration following the 3-3 draw versus Sligo Rovers on Friday night.

Speaking to dundalkfc.com after netting a stoppage-time equaliser, Wardy feels the Lilywhites did enough to take all three points.

“We were 2-1 up and we are thinking that we are going to see out the game and it would have put us in such a strong position in third but it wasn’t to be, we just weren’t able to see it out and we fell behind.

“We were disappointed to be behind and we don’t feel that we should have been behind and it’s just a bit frustrating that we couldn’t hold on. We got the draw in the end which is better than nothing but overall we are disappointed.”

The Dubliner admitted that it could be a good point come season’s end and praised the character that the Lilywhites showed to recover.

“It could turn out to be a good point, we have extended our lead over St Pat’s in third to two points so that is a positive. I got the goal but it isn’t about that, I wanted the team to win and I want us to win every game, it doesn’t matter who scores. It’s just important that we win. 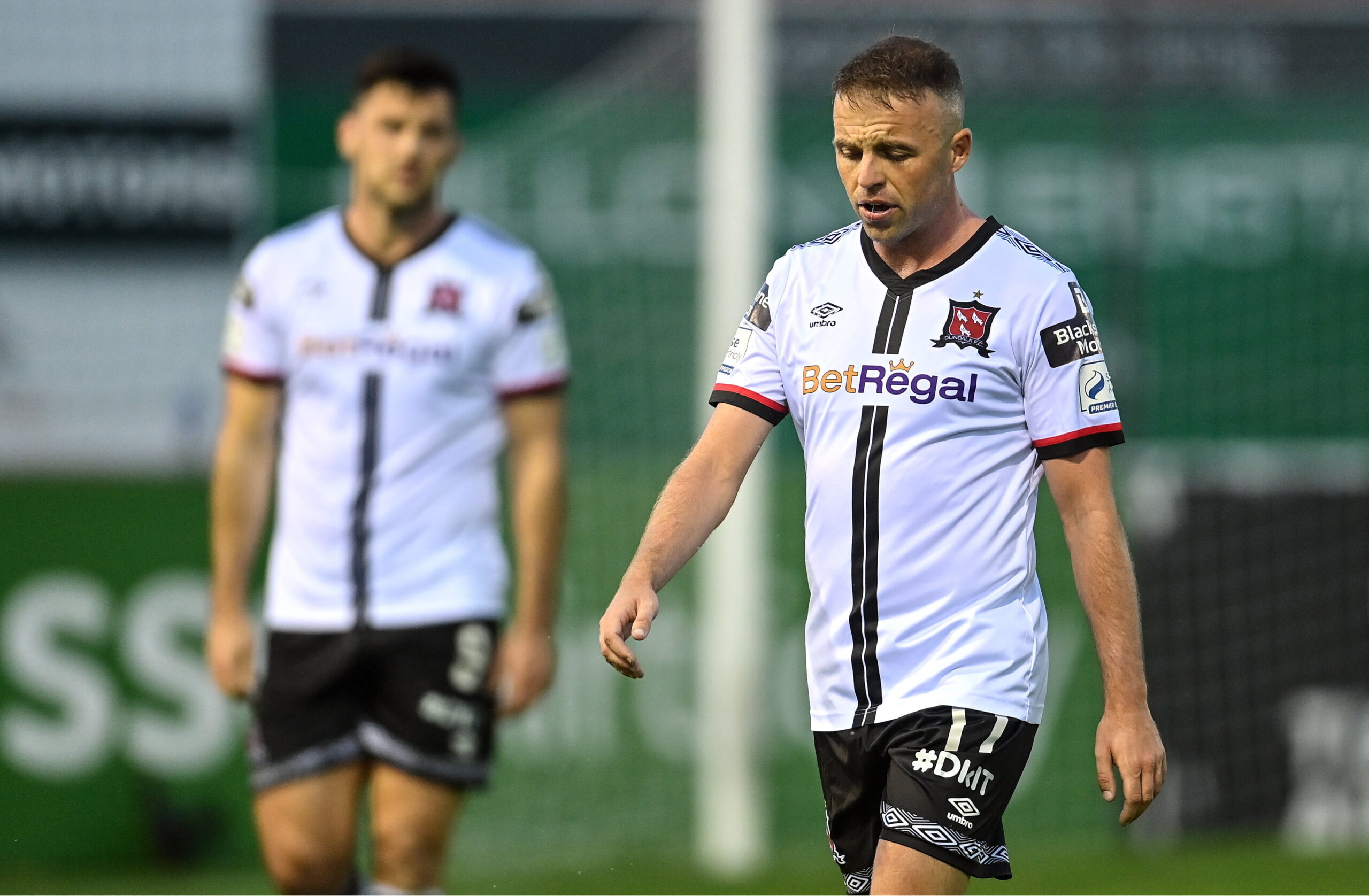 Keith Ward is looking forward to the final home match of the season. Photo by Ramsey Cardy/Sportsfile

“We feel that we were the better team and we are happy to not lose again here. Our home record is important to us and we wanted to make it back-to-back wins after last week but we showed brilliant character to come back first from going one down and then to recover at 3-3.

“We have shown that character all season to be fair, there have been so many games where we have been down and have had to dig deep to get the results which we have done all year and we are delighted with that and we want to bring that into the next two games.”

Next Friday night sees Stephen O’Donnell’s men take on Bohemians in their final home match of the season.

A win will move the side even closer to that third spot and that is something that former Gypsy Ward is focused on but he is intent on finishing the season at Casey’s Field with a win.

“Everything is in our own hands. That is the most important thing about it all. We have two games left and we know what we have to do, we are confident and playing well so we know where we are with things but we are focused on next Friday.

“We want to take that character that we have shown into the game against Bohemians. They have a new manager so it will be difficult but it is our last home game of the season and it is important so hopefully, we can get the result we need and get the win.”