The 22-year-old, who was born in Seoul, arrives from Suwon FC after helping them secure the runner-up spot, and promotion, from the K League 2 last season.

Capped at U18 and U22 level for South Korea, Han made his senior debut while at Soongsil University in Seoul back in 2018. He then made the move to Kazakhstan to join Kazakh Premier League side Kairat Almaty, who went on to finish second in the league behind Astana.

After a year in Kazakhstan, he returned home to join K League 2 side Suwon FC. He went on to make 17 league appearances as Suwon FC were promoted to the K League 1 via the play-offs before departing in January.

“I am very excited to be in Ireland for the first time in my life,” said Han. “I hope I can do really well with my teammates and I’m looking forward to training and playing with them.

“All players dream of playing in Europe,” he added, “and when they see this news, Korean fans will be very surprised. I was in Kazakhstan before and now I’m in Ireland and I believe I have to prove myself here. I’ll show people I have the ability to survive in this league and to play in Europe.”

Han, who trained with the rest of the Dundalk FC squad on Thursday morning, will wear the number 77 shirt and is ‘hoping to be involved’ in Friday night’s SSE Airtricity League fixture with Finn Harps at Oriel Park. 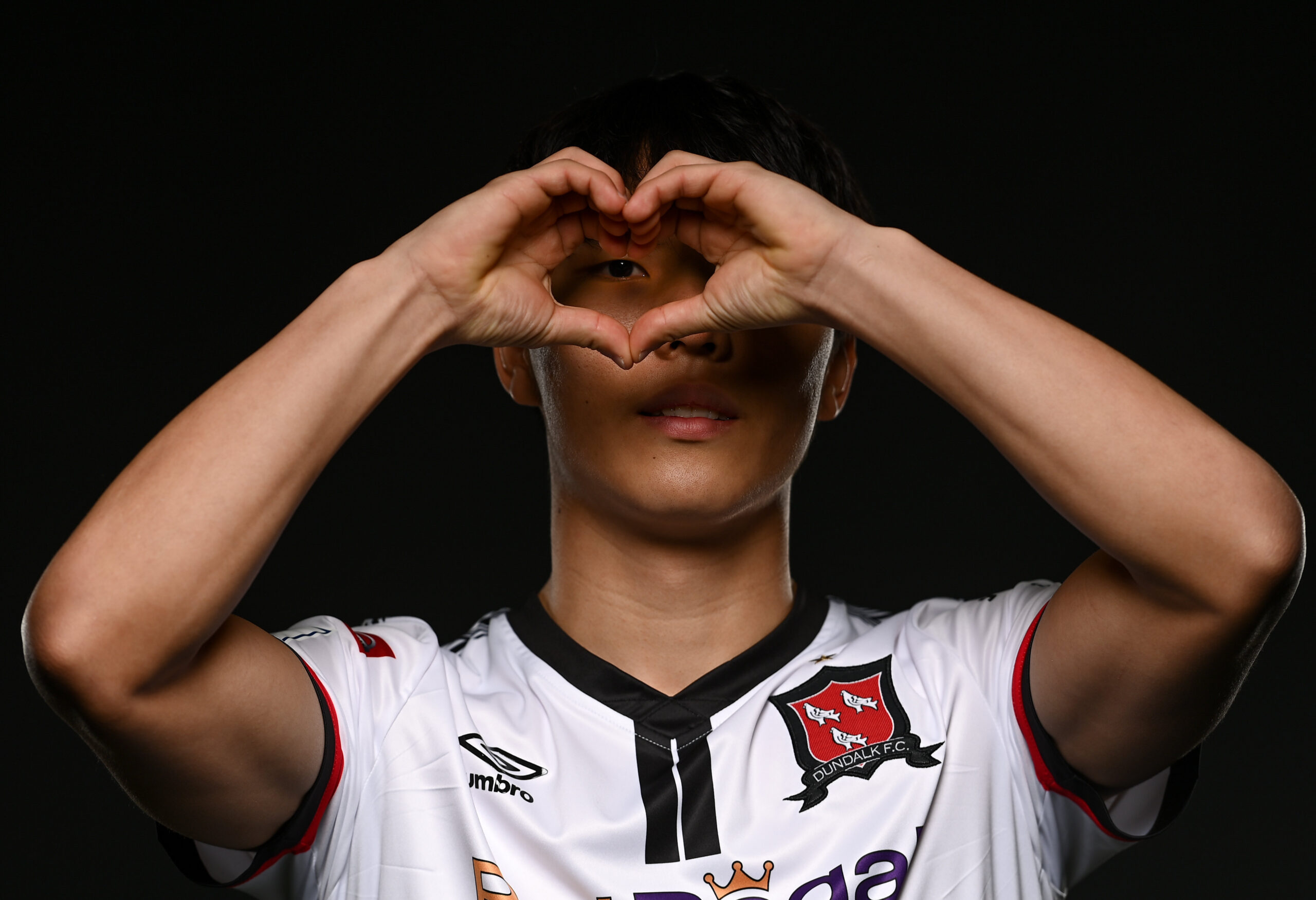 Explaining his choice of squad number, Han said: “I’m the first Korean to play for Dundalk so I’m a newcomer and I wanted to wear a number that people will easily remember!

“I’m not 100% fit yet but I’m hoping to be involved on Friday night and I’ll be trying to score as many goals and provide as many assists as possible.”

“Han is an attacking player of real quality,” said Lilywhites team manager Shane Keegan. “He has great energy, he has pace from a starting position, he likes a trick and he gives us something a little bit different.

“He’s left-footed and that opens up other tactical ideas that we’ll be able to implement. His fitness levels and work rate have blown everybody out of the water and he’s someone that we’re really looking forward to working with.”

Dundalk FC sporting director Jim Magilton said: “Han is a very good player with a fantastic attitude and work ethic and we feel he will be a big asset to Dundalk FC.

“His signing opens up a whole new avenue for the club to showcase and enhance our brand, as well as the League of Ireland’s, in Asia which is something we are all very excited by at Oriel Park.”