Junior Ogedi-Uzokwe marked his Dundalk debut with the winning goal as the Lilywhites secured a hard-fought 2-1 victory over Bohemians in their first pre-season game of 2021 at Oriel Park on Friday afternoon.

Nine of the Lilywhites’ new signings tasted action with Alessio Abibi, Sonni Nattesad, Raivis Jurkovskis, Ole Erik Midtskogen, Sam Stanton, Jesus Perez, Junior, Ryan O’Kane and Peter Cherrie all appearing. It was a second ‘debut’ for the latter, who appeared between the posts for the first time since his departure in 2014.

Dundalk enjoyed the lion’s share of possession throughout the first half and their first chance arrived after just three minutes when O’Kane’s corner was flicked on by McMillan to the unmarked Midtskogen, but the ball bounced off of the Norwegian’s knee and went wide. 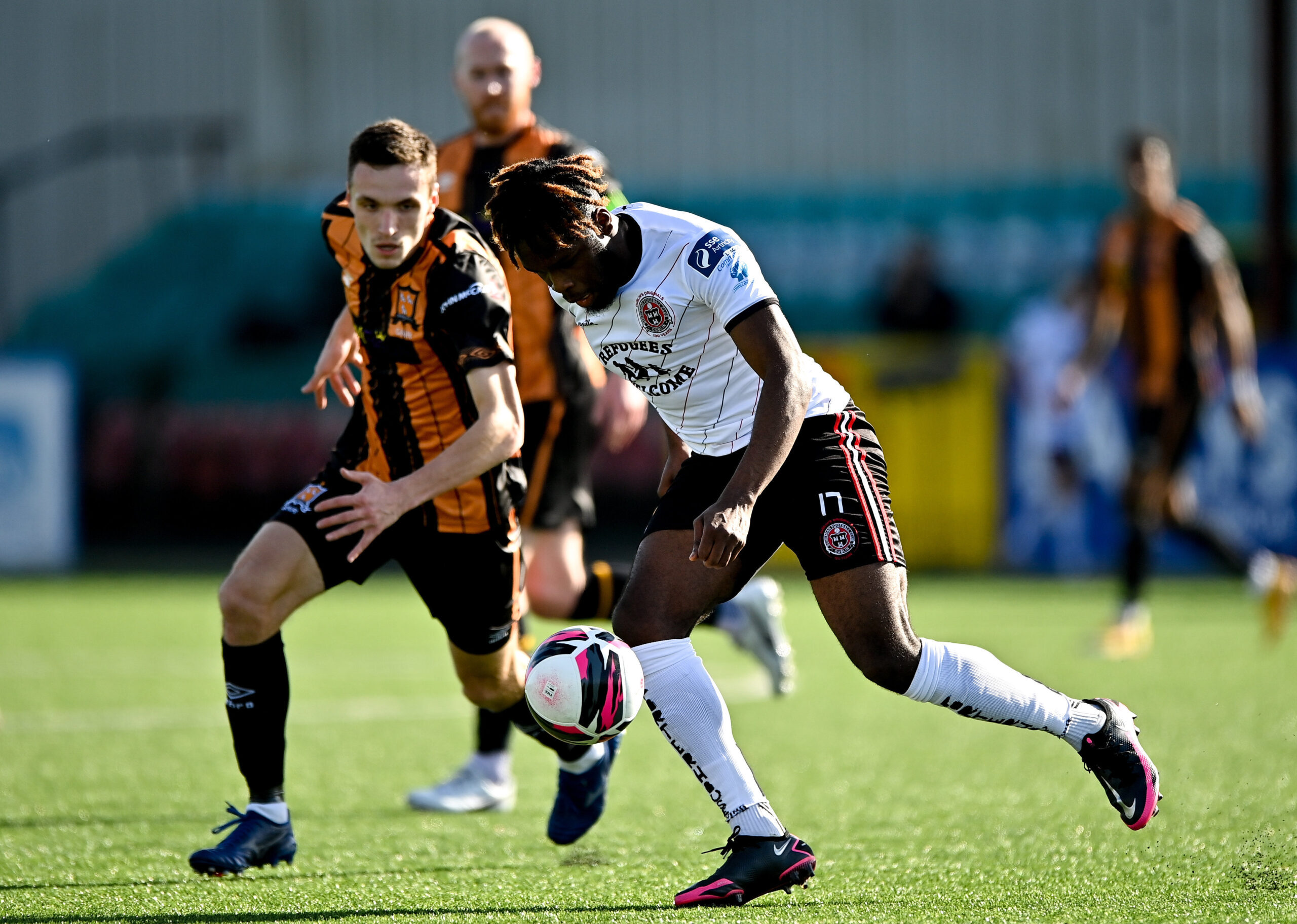 Thomas Oluwa of Bohemians in action against Raivis Jurkovskis of Dundalk during the pre-season friendly match at Oriel Park in Dundalk. Photo by Seb Daly/Sportsfile

The Lilywhites produced another good chance in the 15th minute when Jurkovskis’ cross was played behind McMillan. The striker adjusted brilliantly to control it with his chest and pull off an overhead kick but it was pushed onto the crossbar by Bohemians goalkeeper James Talbot.

Dundalk continued to hold the upper hand but Keith Long’s side, who hit the woodwork through Ali Coote, and tested Abibi with a Tyreke Wilson free-kick, edged in front when a loose pass from Greg Sloggett allowed Thomas Oluwa to play the ball through to Liam Burt and he slotted the ball past the Albanian.

The Lilywhites coaching staff made their first change of the afternoon just two minutes later when Midtskogen was replaced by fellow new signing Jesus ‘Chino’ Perez, whose arrival was announced on the morning of the game. 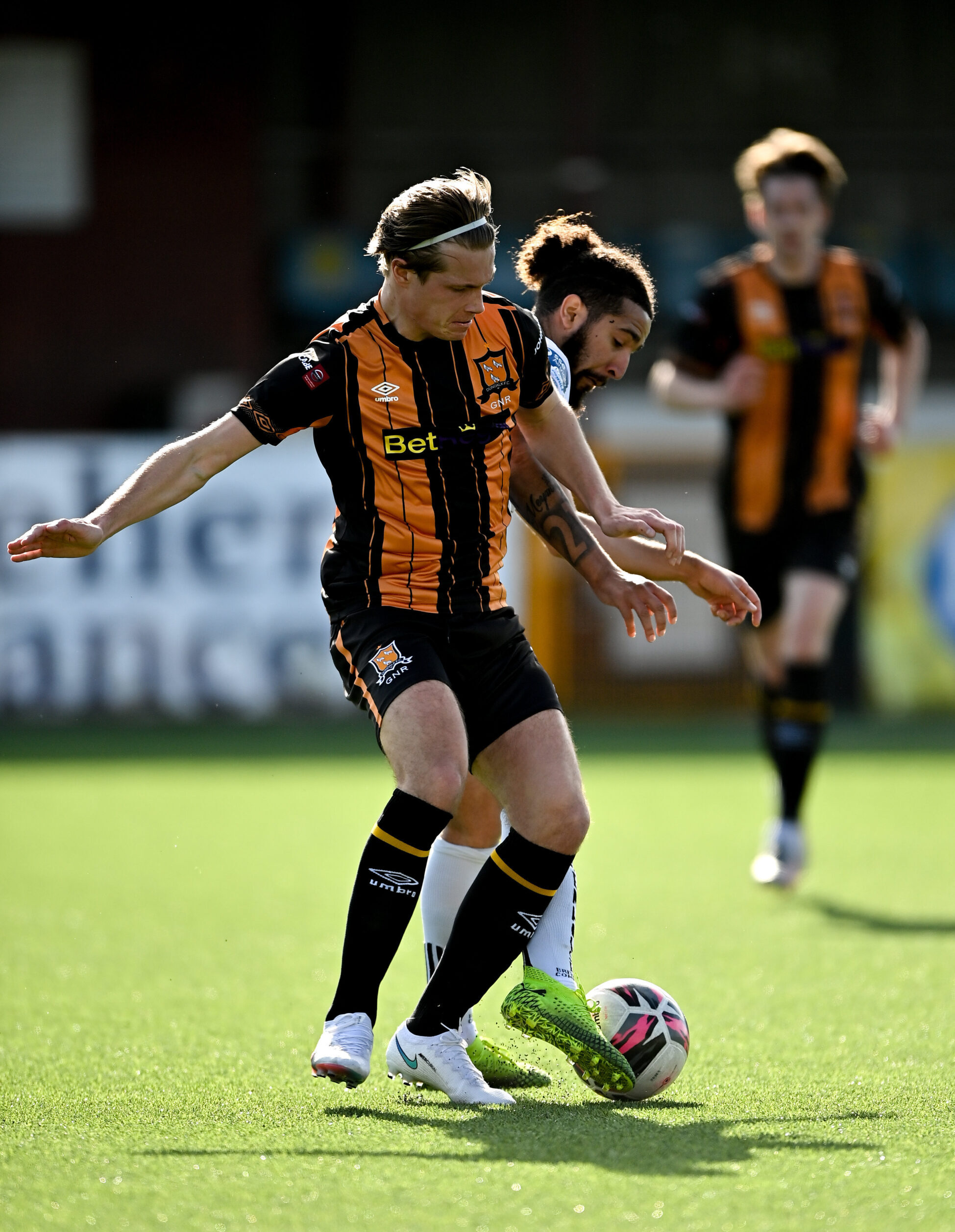 Daniel Cleary of Dundalk in action against Bastien Héry of Bohemians during the pre-season friendly match at Oriel Park. Photo by Seb Daly/Sportsfile

Dundalk really clicked into gear at the start of the second half, leading to the equaliser after 53 minutes. The impressive Jurkovskis delivered an excellent cross behind the Bohemians defence and McMillan slid in to turn the ball home.

Opportunities were few and far between for Bohemians. Their only chance of note in the second half was a long-range strike by Keith Buckley which flew straight into the arms of Cherrie, who replaced Abibi in goals for the second half.

Dundalk continued to put pressure on the Bohemians defence and they finally gave way in the 78th minute when Darragh Leahy’s excellent cross from the left wing was slammed home by Junior. 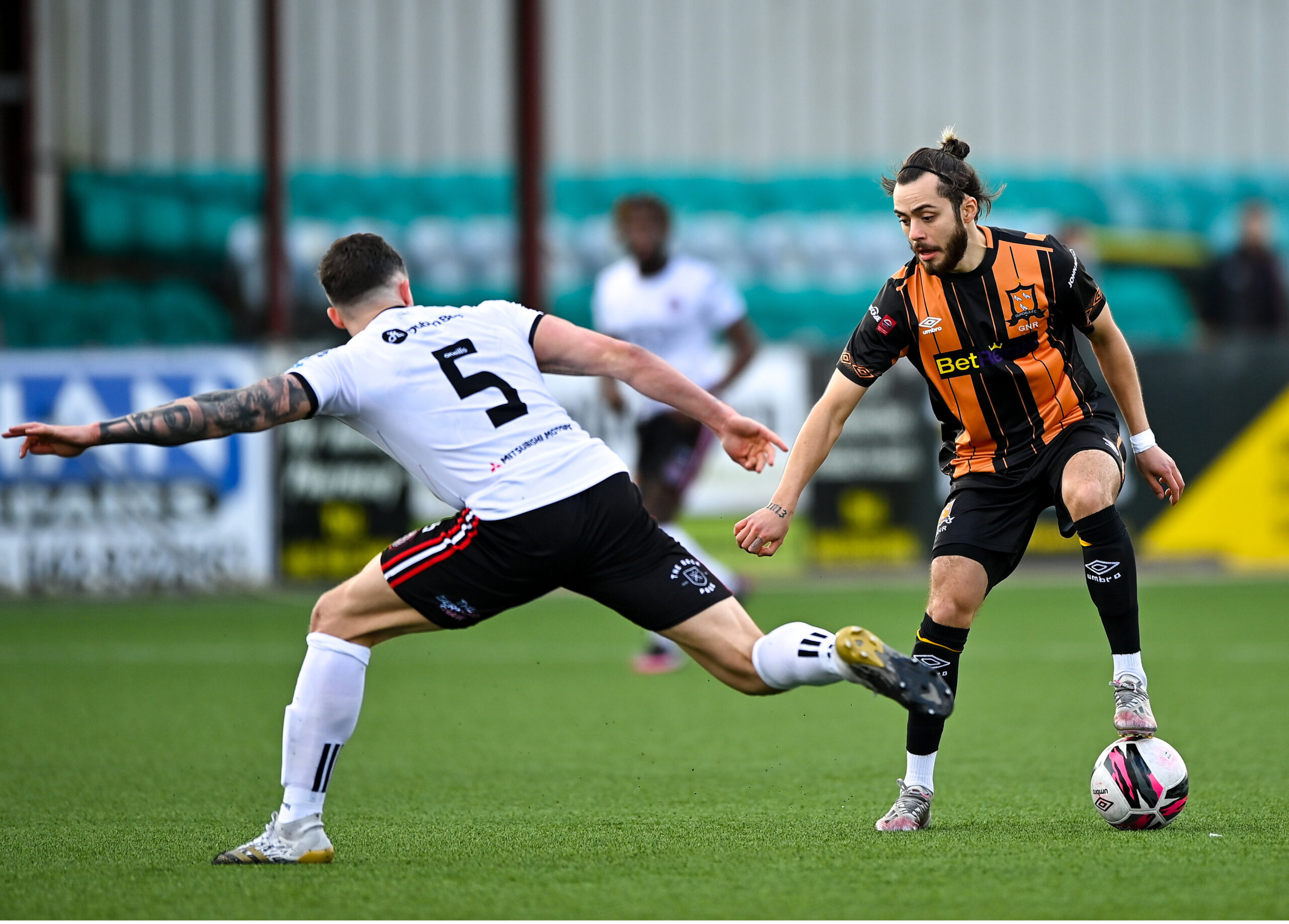 Jesus Perez of Dundalk in action against Rob Cornwall of Bohemians during the pre-season friendly match at Oriel Park. Photo by Seb Daly/Sportsfile

The hosts saw out the remainder of the game in control of proceedings and youngster Mayowa Animasahun, who arrived from Bohemians earlier in the week, also got a taste of the action before the final whistle.

Next up for the Lilywhites is the Jim Malone Cup game, away to Drogheda United on Saturday next, March 6th.