Dundalk FC is delighted to announce the signing of Lewis Macari on a six-month loan deal from Stoke City.

The defender, who celebrates his 20th birthday today (Tuesday), is in line to make his debut for the club in Friday night’s Jim Malone Cup tie with Drogheda United.

A product of the Stoke City academy, Lewis has been a regular at U18 and U23 level for the Potters over the past six years and had a brief spell at non-league Market Drayton in 2019. He was named on the bench for the first team’s final game of the season against Bournemouth last season.

“I spoke to Michael O’Neill, the manager at Stoke City, and he wanted me to come over here and get some men’s football under my belt,” he told dundalkfc.com.

“I haven’t had a proper first-team loan since I’ve been at Stoke, I’ve just been playing academy and U23s football. I need some first-team experience so they thought it was a good idea for me to come to Ireland and try something different.

“The League of Ireland is competitive, it’s tough and it’s completely different to what I’d be used to so it will be a good experience for me, both in terms of football and life in general, to come here.”

A son of former Stoke City player Paul Macari – and a grandson of former Celtic and Manchester United legend Lou Macari – Lewis will wear the number two shirt at Oriel Park and he said that was an indication of where he was expecting to play. 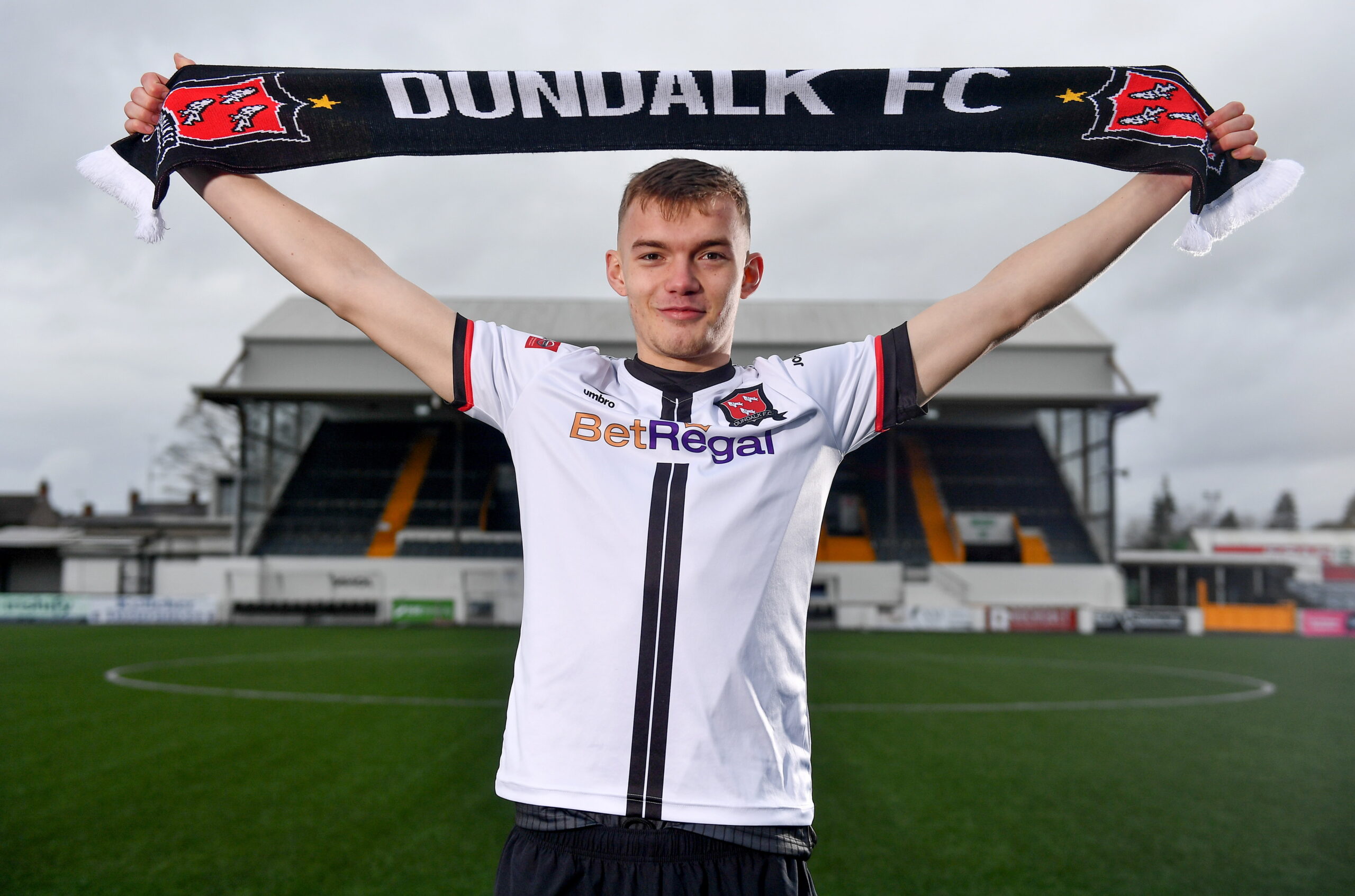 “I’ve played in a lot of positions and I’m known as quite a versatile player but I think I’ve come over here mainly as a right-back and I’m looking forward to it,” he said.

“Stephen O’Donnell picked me up from the airport and drove me to Dundalk and all we spoke about was football. He likes his teams to play with intensity and that’s similar to how we play at Stoke so I think this move will really suit me.”

O’Donnell has close links to Macari’s parent club. In 2011, he was part of O’Neill’s Shamrock Rovers side that qualified for the group stages of the UEFA Europa League while himself and assistant manager Padge Cregg also played with O’Neill’s number two, Dean Holden, at Falkirk.

Dubliner Andy Cousins is also head of football operations at the Championship club and the Lilywhites head coach said he had received glowing reports about Macari’s ability and attitude.

“Lewis comes highly recommended from Stoke City,” said O’Donnell. “We have watched him and he is very versatile. His primary position is right-back but he can also fill in at centre-back and left-back.

“He is very reliable and he has a great temperament which is very important and we are looking forward to working with him. He will be involved against Drogheda on Friday and his last game for Stoke was only last week so, from a fitness point of view, that is a great starting point.”