Dundalk FC head coach Stephen O’Donnell says that friendship will go out the window on Friday when the Lilywhites welcome Derry City to Oriel Park on the opening night of the 2022 SSE Airtricity League season.

O’Donnell played – and lived – with Candystripes manager Ruaidhri Higgins during Dundalk’s league-winning 2014 campaign. The two men have been close friends ever since but O’Donnell said that the lines of communication had dried up a bit in the lead up to Friday’s clash.

“Myself and Ruaidhri are good mates but there hasn’t been much talk since the fixtures came out and pitted us against each other in the first game!” said O’Donnell.

“He will have high expectations this season. Last year was about consolidation at Derry City and he did that very well, especially when you consider the start they made.

“They secured European football so they will be looking to kick on this season and they have been aggressive in the transfer market and have notably taken four of our lads to The Brandywell over the winter.”

The players in question, Will Patching, Cameron Dummigan, Patrick McEleney and Michael Duffy, were amongst a host of names that left Oriel Park during a winter of much change at the club. 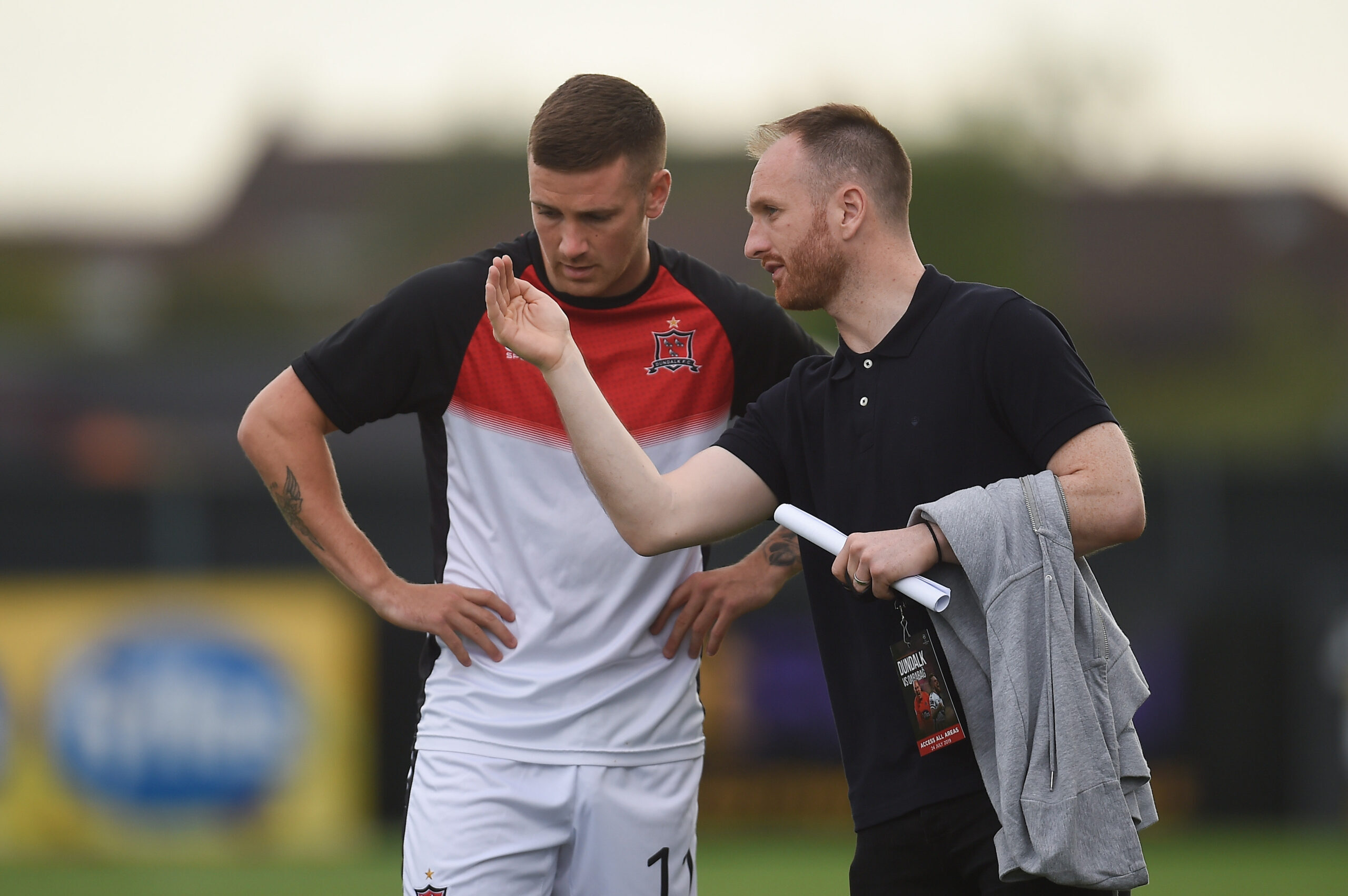 Stephen O’Donnell chats to Patrick McEleney ahead of the Champions League tie with Qarabag in 2019. Photo by Ben McShane/Sportsfile

In their place, a total of 12 new players have arrived and O’Donnell has stressed that the new arrivals will need time to settle into their new surroundings.

“When I arrived in December, we only had two senior players under contract and a lot of players had left so we have had to assemble a squad almost from scratch.

“Friday’s game will be the first time that a lot of the lads will have played in front of a partisan and raucous crowd. Part of being a footballer is being able to play in front of a big crowd and dealing with the reactions of supporters and I know our fans will be patient with them and give them the support and encouragement they need to develop.”

One of those new arrivals is Sam Bone, who after winning the FAI Cup with St Patrick’s Athletic last season, followed O’Donnell from Inchicore to Dundalk.

“This is the type of game that you want to be involved in as a player,” he said. “It’s an exciting game to start the season with and we are looking forward to it and want to get three points.

“It won’t be easy against Derry City but we want to get off to a good start and have the momentum carry us through the first part of the season.”