MCDONNELL HAPPY WITH U19 PERFORMANCE

MCDONNELL HAPPY WITH U19 PERFORMANCE

Stephen McDonnell praised his side’s performance and thought they were unlucky to lose 1-0 in a tight game against Finn Harps on Sunday afternoon.

Jamie McDaid’s goal on 69 minutes was enough to separate the sides, but the Lilywhites were very unfortunate not to be ahead in the first half, with Ebuka Kwelele and Ryan O’Kane missing some great opportunities to take the lead.

Despite the result, McDonnell was happy with the performance of his side, particularly in the first half when they created most of their chances.

“I think we probably shaded it in terms of quality and during the game we’ve created a number of chances.

“It’s disappointing to concede that goal of course but we’ve made their goalkeeper work and created a number of chances so we’re disappointed not to get a result but that’s just how academy football is sometimes.

“The important thing for us is to see that the performance is there, which is key. At this senior end of the academy it’s more of an individual analysis of the players because ultimately it’ll be individual players getting into the first team as opposed to entire teams. 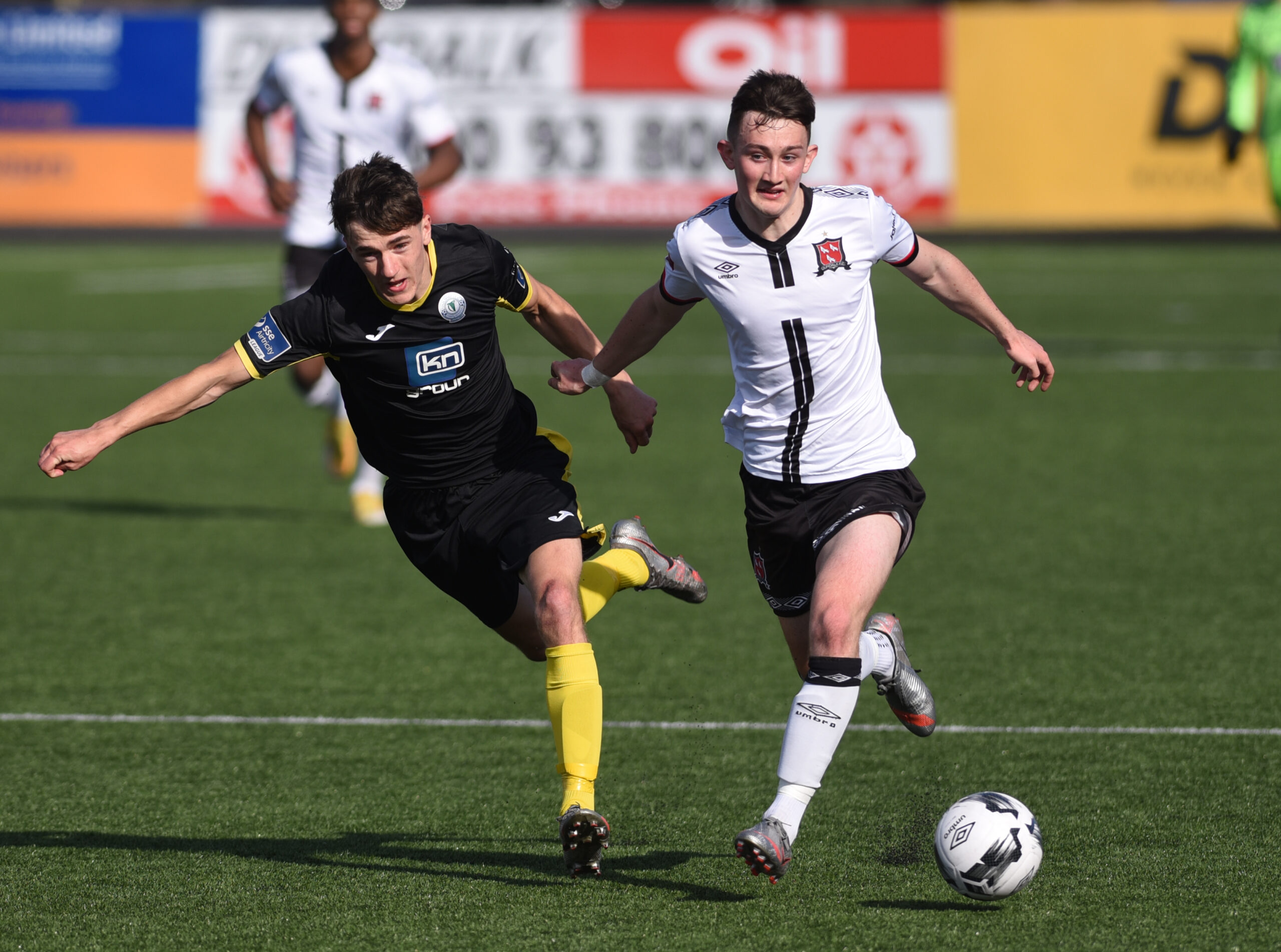 “The result for us at the end of it all is to have the likes of Ryan, Mayowa and Mark involved in the first team. The more of them we can get into the first team set up, the better.”

The Lilywhites started the game with a back three, which paid dividends as they were able to stretch Finn Harps and create a number of chances down the flanks, with the left sided combination of Michael Keyes and Ryan O’Kane in particular causing major problems in the first period.

McDonnell agreed that the left side was a cause of major hassle for Harps throughout the first period, and that the formation as a whole really worked to his sides’ strengths in the first half.

“Having the likes of Mayowa Animasahun, Mark Hanratty and Ryan O’Kane back in from the first team this week got us thinking differently. With the personnel we had available, it made sense for us to go with the back three.

“Although the result didn’t go for us, in terms of performance the system worked and we were successful in the time we were using it.”

After the introduction of David Doyle for Mayowa Animasahun, the Lilywhites switched to a back four, but Harps started to create chances on the counter and forced Jamie Barry into a few quality saves before they took the lead against the run of play on the 69 minute mark.

David Doyle was dispossessed on the edge of the Harps box, and a searching ball forward found McDaid, who took the ball down and rifled a strike through Barry’s hands and into the net from around 30 yards out in what turned out to be the winning goal.

With no match until the end of the month, the focus now turns to making sure the team is fully prepared for the next game away to Cabinteely.

“We have three games left in this phase, the top two will get out of the group and I think it’ll be tight between us and the rest of the sides below Finn Harps so it’s in our control whether we go through or not. It’s there and it’s possible, we just have to go out there and make the most of our next three games.