Dundalk FC is delighted to announce that Stephen McDonnell has returned to Oriel Park as the club’s new full-time academy manager.

The 28-year-old, who made 61 appearances for the Lilywhites between 2010 and 2013, will have full responsibility for the club’s underage set-up with the aim of developing players for the first team.

“Dundalk FC has been one of the most respected and successful clubs in the country and ambassadors for the League of Ireland in Europe and now is the time to ensure that our academy system follows suit,” said McDonnell.

“I am proud to have played for my home town club but it also saddens me that I am one of the last from Dundalk to have pulled on that famous white jersey and ran out in front of a packed Shed at Oriel Park.

“The strides Dundalk FC have made since my playing days have been enormous and we should be aiming to have every youngster in this area dreaming of becoming the next Chris Shields, Patrick Hoban, Michael Duffy, Daryl Horgan or Richie Towell. I will leave no stone unturned in ensuring the platform is there to help them achieve that. 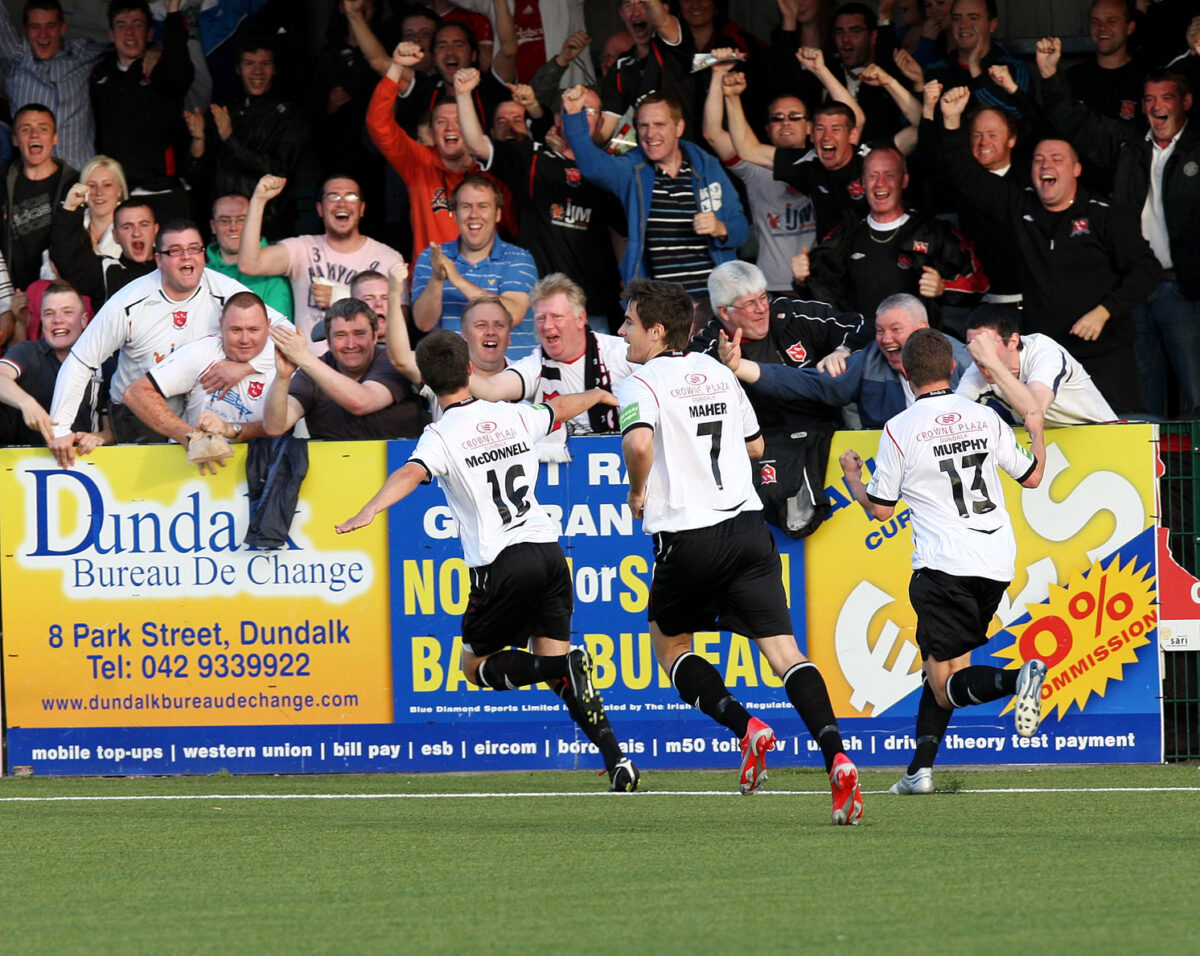 Stephen McDonnell celebrates with Stephen Maher and Nathan Murphy in front of The Shed after his goal against Drogheda United in the Airtricity League Premier Division game at Oriel Park in 2010. Photo by Mick Slevin

“This club has a rich history of producing some of the country’s finest talents, from the Tommy McConville’s and Barry Kehoe’s to the David Crawley’s and John Murphy’s, and we want to get back to that.”

After retiring from the game at the age of 22 because of a medical condition, McDonnell turned his attention to coaching and was named as Warrenpoint Town’s first-team coach in March 2018.

In March 2020, he took up a role with the IFA where he worked alongside Lilywhites sporting director Jim Magilton as a development coach.

“This is an important appointment for the club and it’s a step that we all felt needed to be taken,” said Magilton. “We want to create a pathway for all of the best players in Dundalk and the surrounding areas and develop them into top class, first-team players.

“I have known Stephen for a number of years and I have seen him work at the top end of the game and also at youth development level. I think this is the perfect appointment. He has a real connection and bond with the club and will undoubtedly help us with our aim to produce top-class players.”