Dundalk returned to winning ways in the league on Saturday afternoon with a 1-0 win over Finn Harps at a scorching Oriel Park.

David McMillan’s first half goal was the difference between the sides as Vinny Perth’s men rounded off a good week with the win.

It was Dundalk who had the better of the opening period with Will Patching firing over from a Daniel Kelly cutback while Raivis Jurkovskis’ attempted cross almost caught out McGinley but it went into the side netting.

Patching again had a chance when he took over the dead ball 20 yards from goal after a foul on David McMillan however it was deflected over.

Sonni Nattestad had the best opportunity of the opening stages when he stayed up for a corner and got on the end of McEleney’s cross however his lunge was just wide of the post from close range. 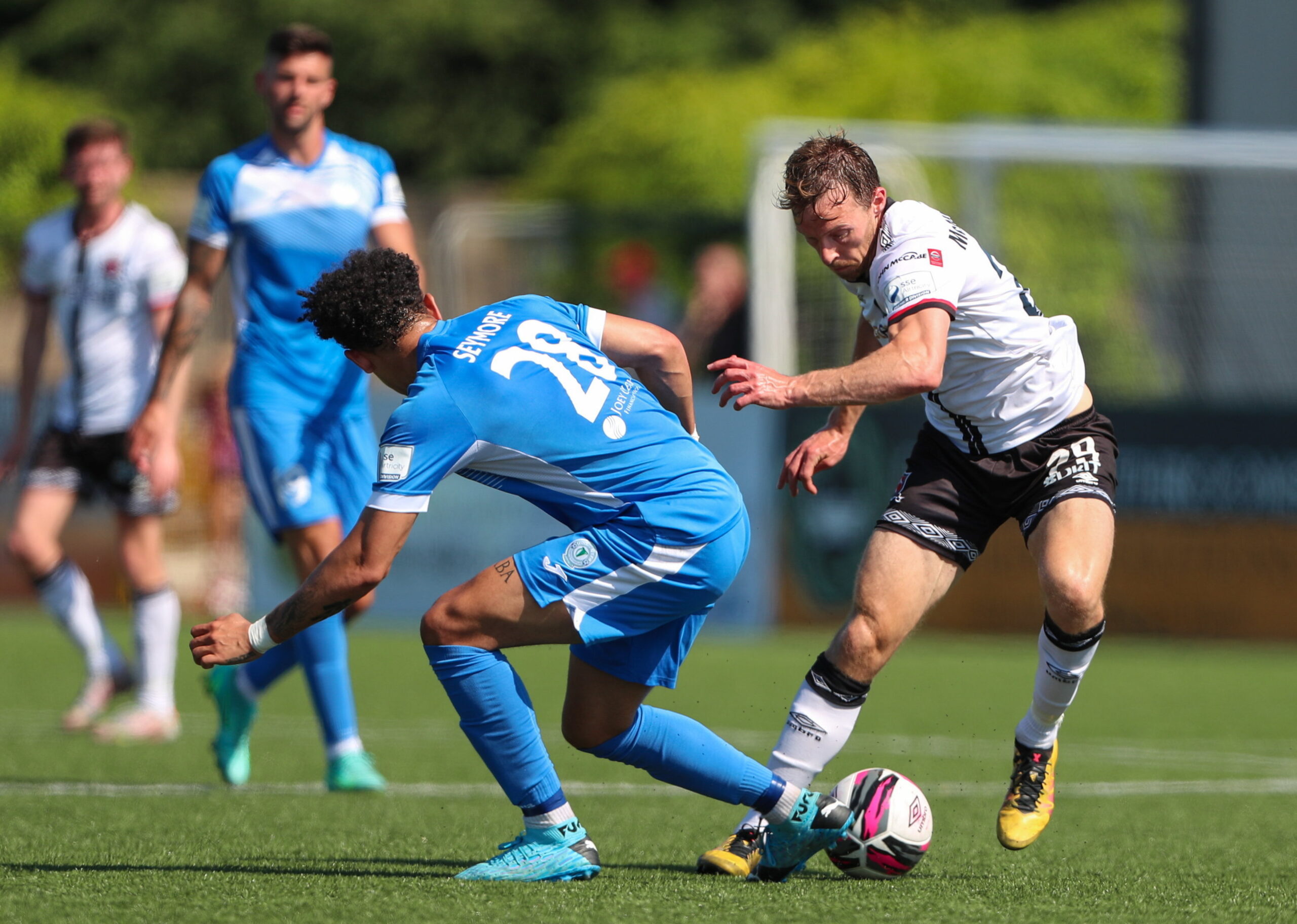 David McMillan gets away from Will Seymore. Photo by Michael P Ryan/Sportsfile

McMillan then had a header flash inches past the post when Duffy found him from a corner as the Lilywhites dominated in the first quarter of the game.

Dundalk did take the lead in the 33rd minute when Jurkovskis’s shot was parried by McGinley in goal and there was McMillan waiting to tap home to an empty net.

Harps did have an opportunity to level when Kosovar Sadiki’s header from Barry McNamee forced a smart save from Alessio Abibi just before the break. 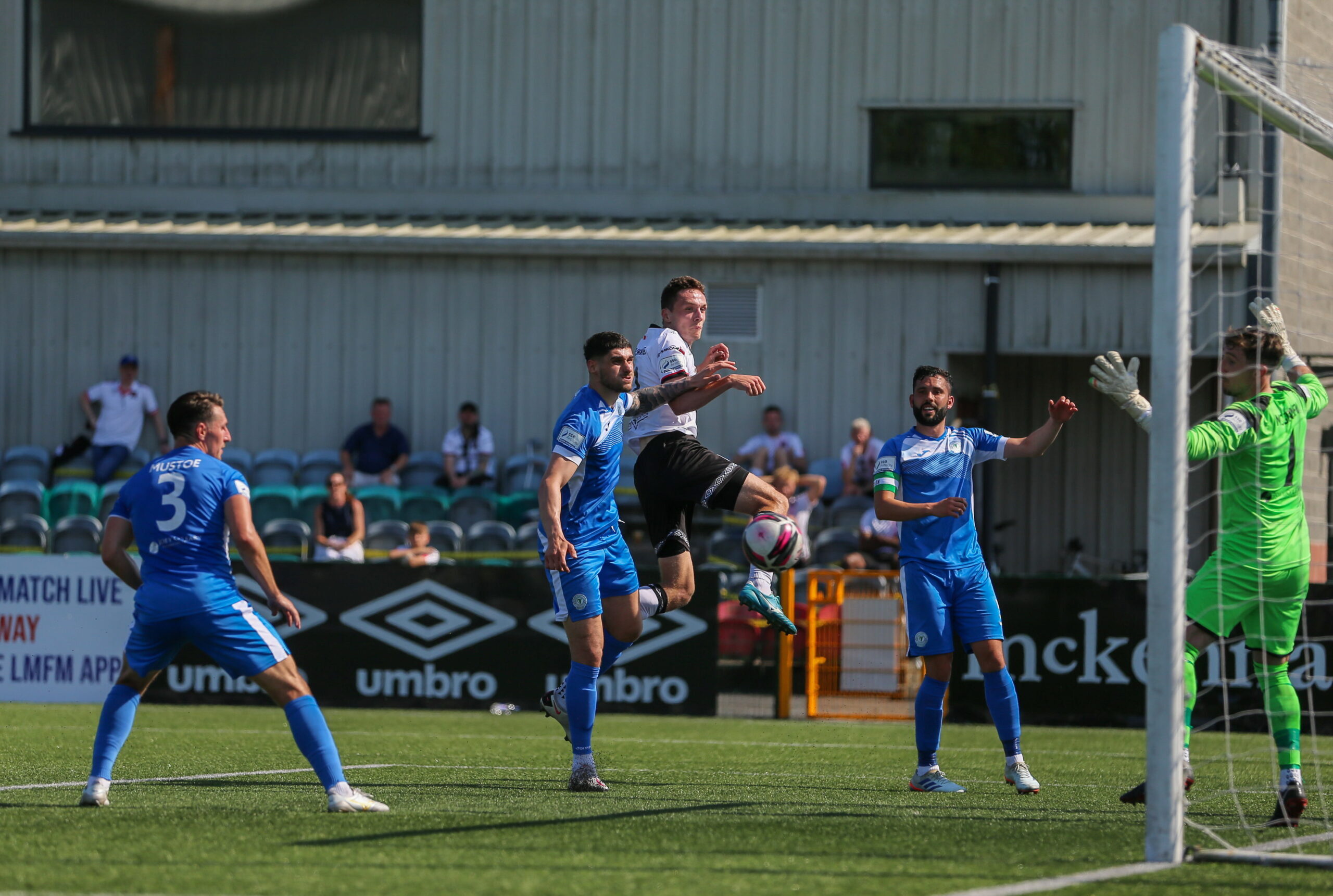 The Lilywhites did maintain their lead at the break and were in control up to the interval.

There was a difference in Harps when they returned for the second half and showed more urgency to get forward.

It didn’t amount to much in the first quarter of an hour before Adam Foley turned well in the box but Andy Boyle did brilliantly to block his goal bound effort.

Foley again got in behind Nattestad this time but he scuffed the shot with only Abibi to beat and the goalkeeper saved. 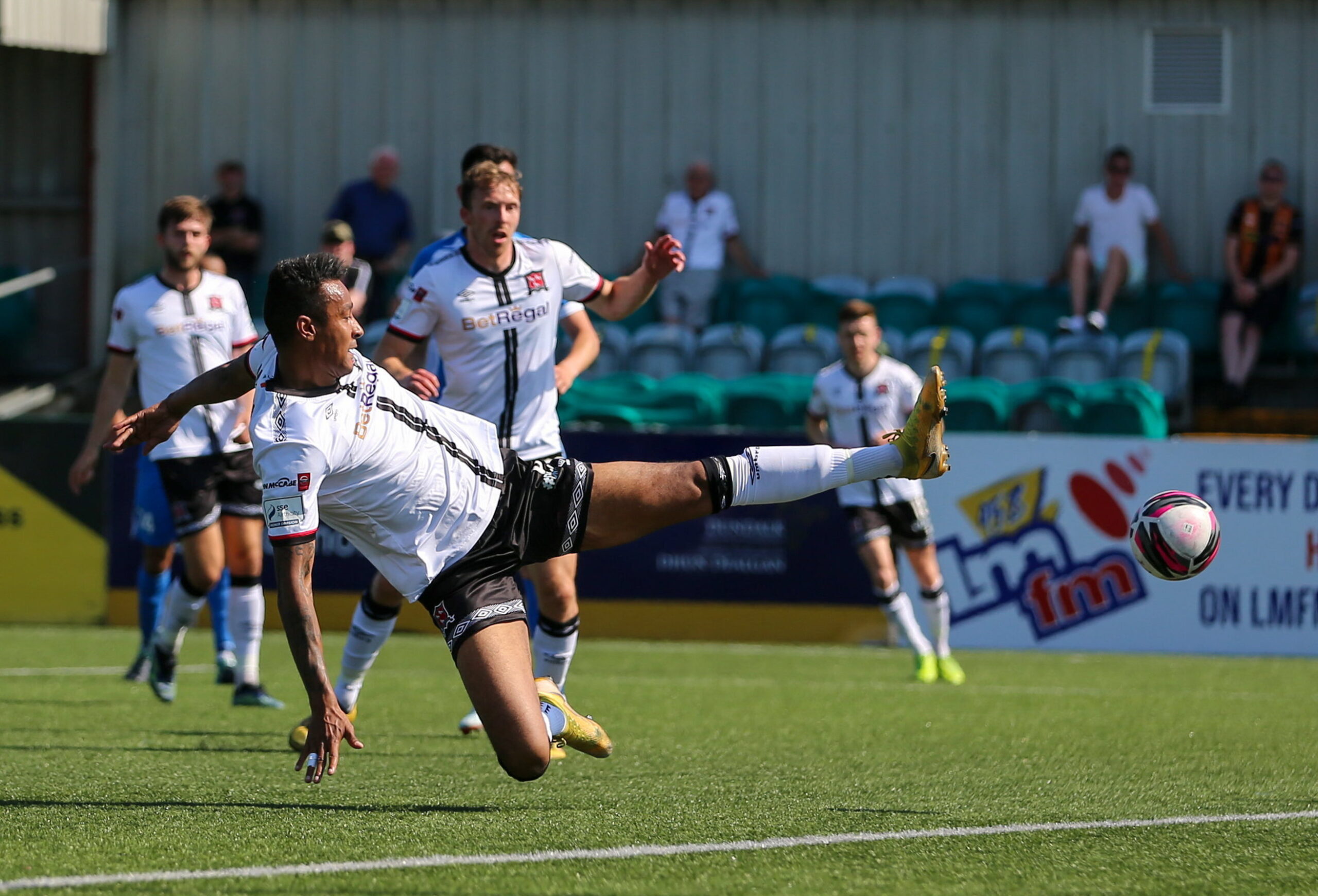 Sonni Nattestad with a chance to score. Photo by Michael P Ryan/Sportsfile

McMillan had an effort to kill the game off when Patching played him in however the striker didn’t get enough on it and the ball was cleared off the line.

It was a brief reprieve as the visitors took control of possession once more and allowed Barry McNamee space to shoot but his effort lacked power and was easy for Abibi.

Patrick McEleney then broke quickly and played in McMillan however McGinley pulled off a good stop to deny him one on one.

Duffy had a volley charged down which looked to be on target as the Lilywhites attempted to kill the game off.

Abibi was called into action once more as he denied Dan Hawkins from distance but it was straight at the goalkeeper.

That proved to be the final action as Dundalk held on to take all three points with Levadia Tallinn in the second qualifying round of the UEFA Europa Conference League next on the horizon.