MOUNTS DELIGHTED TO BE INVOLVED

After missing a year of football with a serious knee injury, John Mountney is determined to make up for lost time.

The Bohola native made his first start for Dundalk since November 2020 when he was named in the team for the 2-0 loss against Sligo Rovers at The Showgrounds last Monday and followed it up by starting his first game for Dundalk at Casey’s Field in 23 months in the 0-0 draw with Shelbourne on Friday night.

With Darragh Leahy suspended and Robbie McCourt injured, the 29-year-old lined out at left-back, and speaking after his 312th appearance for the club – a number that leaves him 12th on the all-time list – he said he was just delighted to be involved.

“I spent long enough not being able to do anything so it’s great to just be back and be available for selection,” he said. “We have a couple of bodies down at the minute so I’m just glad to be in a position where I’m able to get minutes.

“I said it to one of the lads before the game that the last time I played at left-back was in 2012 under Sean McCaffrey but it didn’t bother me where I played. The only frustrating thing is we couldn’t take three points from the game.” 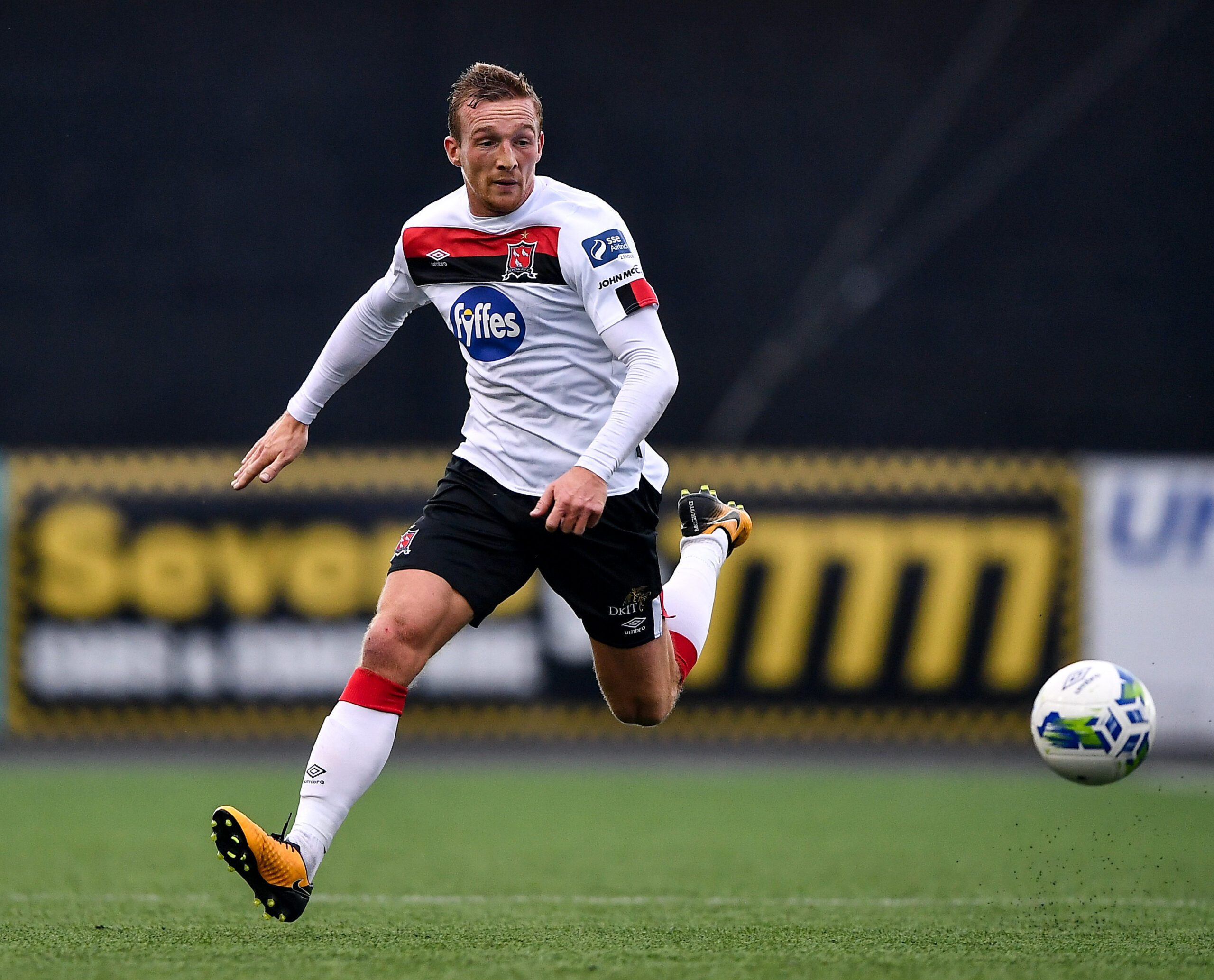 Prior to the scoreless draw with Shelbourne, John Mountney’s last start for Dundalk at Casey’s Field was in the 0-0 draw with Finn Harps back in October 2020. Photo by Harry Murphy/Sportsfile

Mountney went as close to anyone in a Dundalk shirt to breaking the deadlock when his second-half header skidded off the wet astroturf, clipped the bar and went over, summing up a frustrating night for the Lilywhites.

“We created a lot of chances,” he said. “Ryan O’Kane was brilliant and got into a lot of dangerous positions and put a lot of balls into the box and I had that header – which was a big chance.

“It was just one of those nights. Our home form has been good and we pushed for a winner but unfortunately, we just couldn’t get one.”

The result came at the end of a busy period that saw Dundalk play three games in seven days and Mountney believes the schedule between now and the end of the season will suit Dundalk.

“It was a tough week. We had a couple of long away trips to Wexford and Sligo and it was a tough game against Shels but we have a bit more structure now, week in, week out, and we will find our feet again.”

“Things are tightening up and if a team puts a good run of results together it can take them up a few spots. We have a game a week now which will suit us. You can prepare better and it’ll be good to have a lead into matches again.”