Dundalk midfielder Sean Murray is happy to assume the mantle of being a senior professional in what’s set to be a cosmopolitan Lilywhites dressing room in 2021.

“I think so,” he smiled when asked if could now be considered as a ‘senior pro’. “As much as I probably don’t act like it sometimes, I am getting old now. I’ll be 28 this year so I would have to say I’m a senior player. I’m not one of the most outspoken ones but I have the experience of playing in some big games and, hopefully, I can bring that forward this season.

“It’s an exciting time at the club and we’re going into this season looking to win the league and go further in Europe again. It was obviously sad to see some really good players go but we have a good base of players here and you can see from the signings that we have made that we’re adding quality to that.” 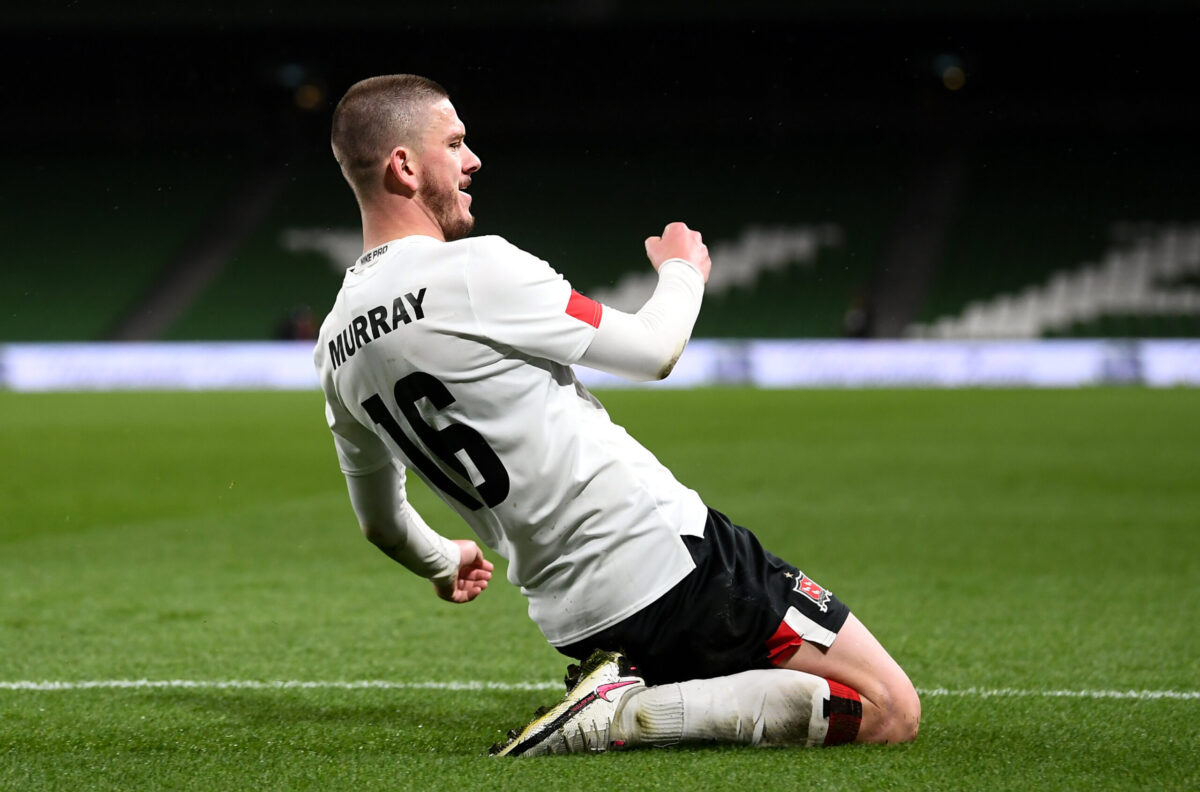 Sean Murray celebrates after scoring Dundalk’s first goal during the UEFA Europa League Play-off match between Dundalk and Ki Klaksvik at the Aviva Stadium in Dublin. Photo by Stephen McCarthy/Sportsfile

After missing the final three games of the 2020 campaign, the former Irish U21 star went under the knife to repair a troublesome groin injury that has hindered him for the past two years and he is confident that Dundalk fans will see him at his very best in 2021.

“I had my surgery done just before Christmas so I was able to relax and enjoy it knowing that I could get back into things in January and get fit and ready for the new season,” he said.

“It was frustrating to miss the end of the season and the FAI Cup final and Arsenal game, but on the other hand, I really needed to get sorted,” he added.  “I seem to have had problems from the minute I arrived in Dundalk but I think my injury worries are over now so and I can look ahead and push forward.”

Murray moved to Belfast at the start of 2020 and after moving around England and Denmark in his early twenties, he is happy and settled in Ireland and is looking to put down some roots in the country.

“Most definitely,” he said. “I’ve enjoyed every minute of it at Dundalk and this is where I see myself settling and ending my football career. Hopefully, it all goes to plan and I can do that because this is where I want to be.”