Sean Murray’s goalscoring form has been crucial to Dundalk’s positive run of results in the latter stages of the 2021 league campaign, and the midfielder is pleased to have made such an impact in recent months.

Speaking after the 2-0 win over Longford Town on Sunday night, Murray explained his thoughts coming into the second half of the season, where he has managed to really hit his stride on the pitch.

“I said to myself that I had to make an impact again when I started playing in the second half of the season,” he said.

“Thankfully I’ve done that and I’ve managed to score a few important goals for myself and for the team in certain games. I’m delighted with it and there’s one more game now so hopefully I can bag another one or two.”

The Lilywhites struggled to break Longford down in what was a very tough first half for the hosts, but Murray felt the early goal in the second half helped to open the game up for Vinny Perth’s side.

“It was difficult to break them down in the first half, they put ten men behind the ball and we tried to get wide to put crosses in but it was very tough.

“In a game like that you need an early goal and it didn’t come but it came early in the second half, which helped open things up and in the end we probably could’ve had three or four. We’ve managed to keep another clean sheet, so that’s three in a row now which is brilliant for the team. 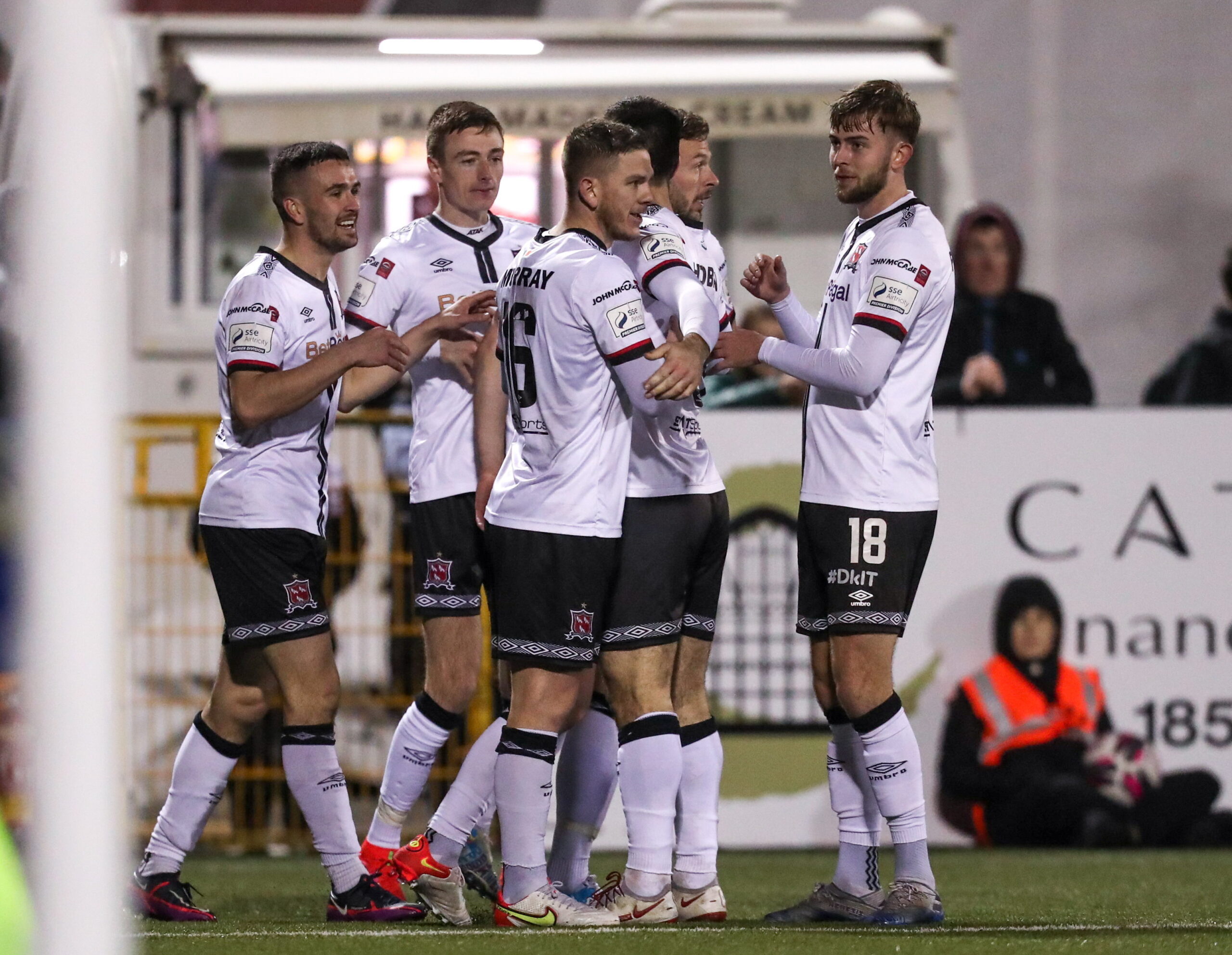 Sean Murray celebrates with team-mates after scoring the second goal of the game. Photo by Michael P Ryan/Sportsfile

“The early goal was really important, because it could’ve ended up being more of the same from them so it was massive and it helped to drag their players out and allow players like myself to find the spaces going forward.”

“I’m not too worried about the league award but to get it from your owns fans, who are at the games every week, is brilliant and it means a lot because I try to put on these good performances for them so I was delighted to receive the award from them.”

With just one game remaining at home to Derry City in two weeks’ time, Murray is fully focused on finishing the season with a flourish.

“We’ve had a brilliant run recently and we’ve managed to climb up the table. There’s just one game left now, and I think the lads deserve to get a win in it with the way things have gone.

“We’ll give everything for the team and for the fans. They’ve been brilliant again today, it was a bit slow from us in the first half but they kept us going, as they always do when we’re at home and we really appreciate that support.”