Ryan O’Kane admits he is still trying to get his head around a whirlwind couple of weeks that have seen him become a central figure in Dundalk’s pre-season campaign.

Born and raised in town, the 17-year-old played for Bellurgan United in the Dundalk Schoolboys League and was named as the SuperCup NI’s Junior Player of the Tournament in 2018. A move to Warrenpoint Town followed, where he made his Irish League debut for the club as a 15-year-old in August 2019.

A brief spell at Cliftonville was cut short due to the advent of COVID-19, opening the door for a move to his hometown club. Initially viewed as a signing for the club’s U19 team, the youngster’s impressive performances in pre-season training earned him a three-year contract at Oriel Park and he has started both of Dundalk’s pre-season matches to date!

“I remember Stephen (McDonnell) texting my dad the day before the first-team came back and I remember getting up from bed and dad just saying, ‘You’re training with the first team tomorrow,’ he told  Black and White Town, the Dundalk FC Patreon members podcast. 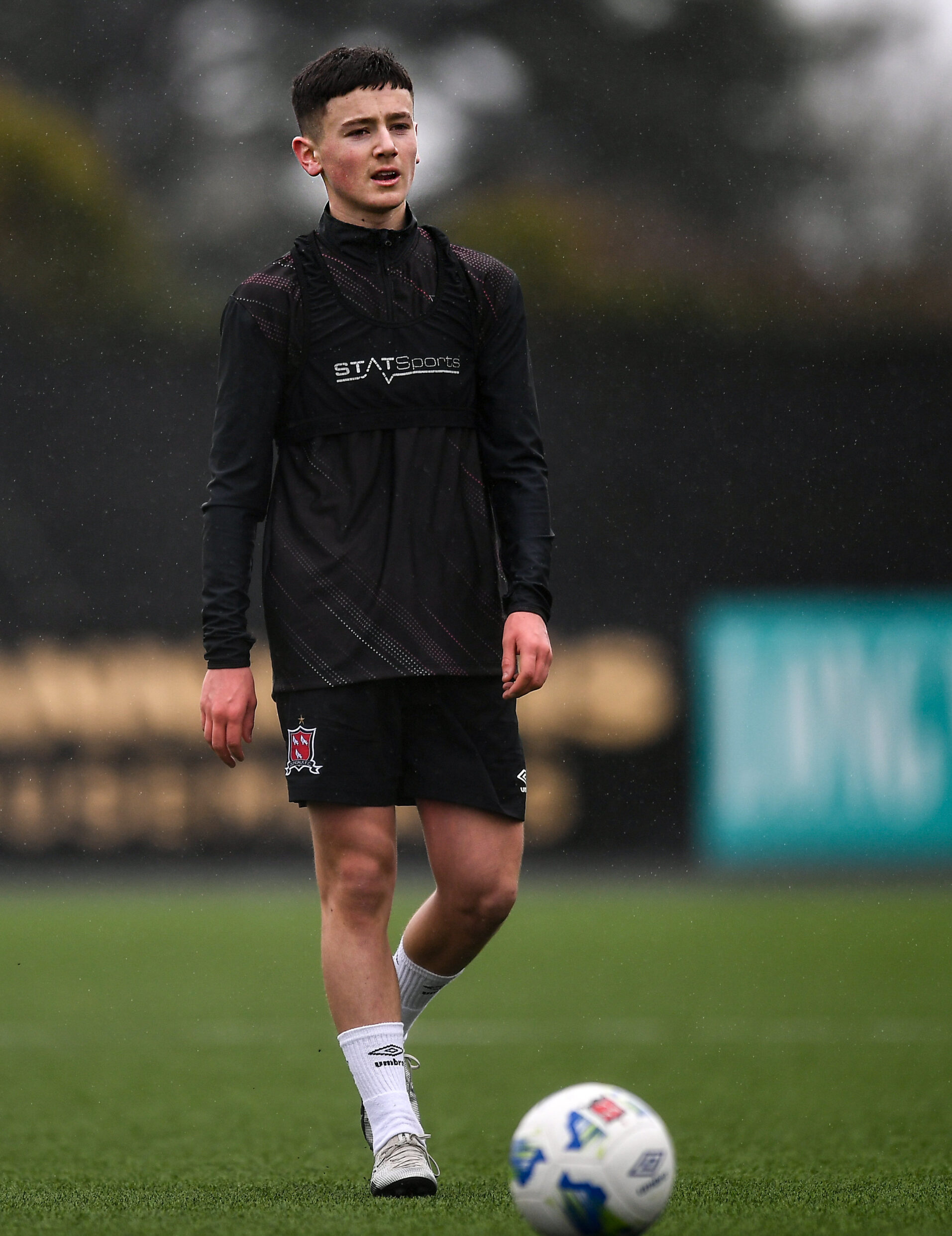 “After coming straight back from Cliftonville, I wouldn’t have expected it but it’s just been absolutely crazy, just brilliant. All the lads have been great with me as well and it’s a great moment for myself and my family.”

O’Kane has adapted to his new surroundings very quickly, impressing both the fans and the coaching staff alike. He said: “I’m always told to just go out, enjoy it, and to express myself. Just do what I’m good at doing. That’s all I’ve done; I’ve just tried to enjoy my football.”

The young winger started both of Dundalk’s pre-season games against Bohemians and Drogheda United, impressing in both appearances. His attacking play and deliveries caught the eye against Bohs whilst he won the penalty for David McMillan’s goal in the Malone Cup last weekend.

Speaking on the experience of playing in both of those games, he said: “Yeah, it was brilliant getting the recognition. I just have to keep the head down now. There are obviously a lot of people talking but I just try not to pay attention to it and just keep playing football and keep enjoying it.” 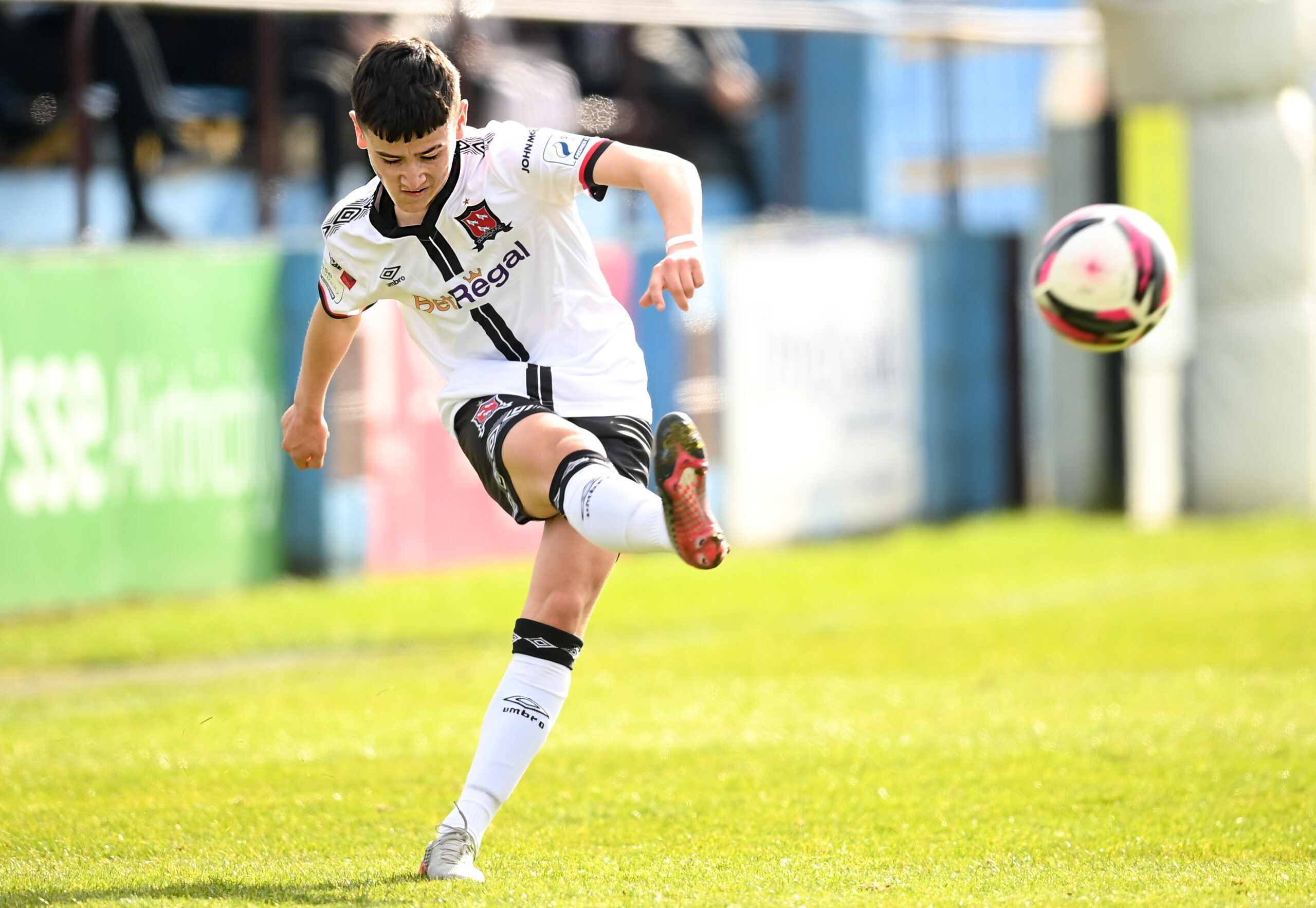 Ryan O’Kane in action against Drogheda United in the Jim Malone Cup. Photo by Stephen McCarthy/Sportsfile

A grandson of former Dundalk FC chairman Tony O’Kane, Ryan said he was also excited at the prospect of possibly being involved again in the President’s Cup against Shamrock Rovers on Friday night, where he could face up against former Dundalk full-back Sean Gannon!

It’s not just football that Ryan has to focus on at the moment as the 17-year-old still has to do his Leaving Cert this summer! He paid credit to his teachers and principal at the Marist, who’ve allowed him to work his studies around his football

“I’ve come a long way now, I’ve done well with the schoolwork and the Marist have been absolutely brilliant. The teachers have given me the opportunity to keep training, come to training in the morning then go to school after. The principal, Mr Craven, has been brilliant. He’s allowed me to keep coming to training and it’s been brilliant.”