Speaking ahead of the clash with Bohemians at Oriel Park, Midtskogen was in good spirits having fully recovered from a back injury that spoiled his pre-season.

The Norwegian forward started the Lilywhites’ game of 2021 – a friendly against tonight’s opponents – but was forced to depart after just 35 minutes with a troublesome back ailment.

“It was a hard start for me when I arrived here,” he said. “I was looking forward to playing football but then I was struggling with my back for the entire pre-season. It’s been hard, so it’s good to be back now and help the team.”

By his own admission, it was a difficult start to life in a new country, but after making his competitive debut on Friday night, the former KI Klaksvik striker feels he is getting back to his best. 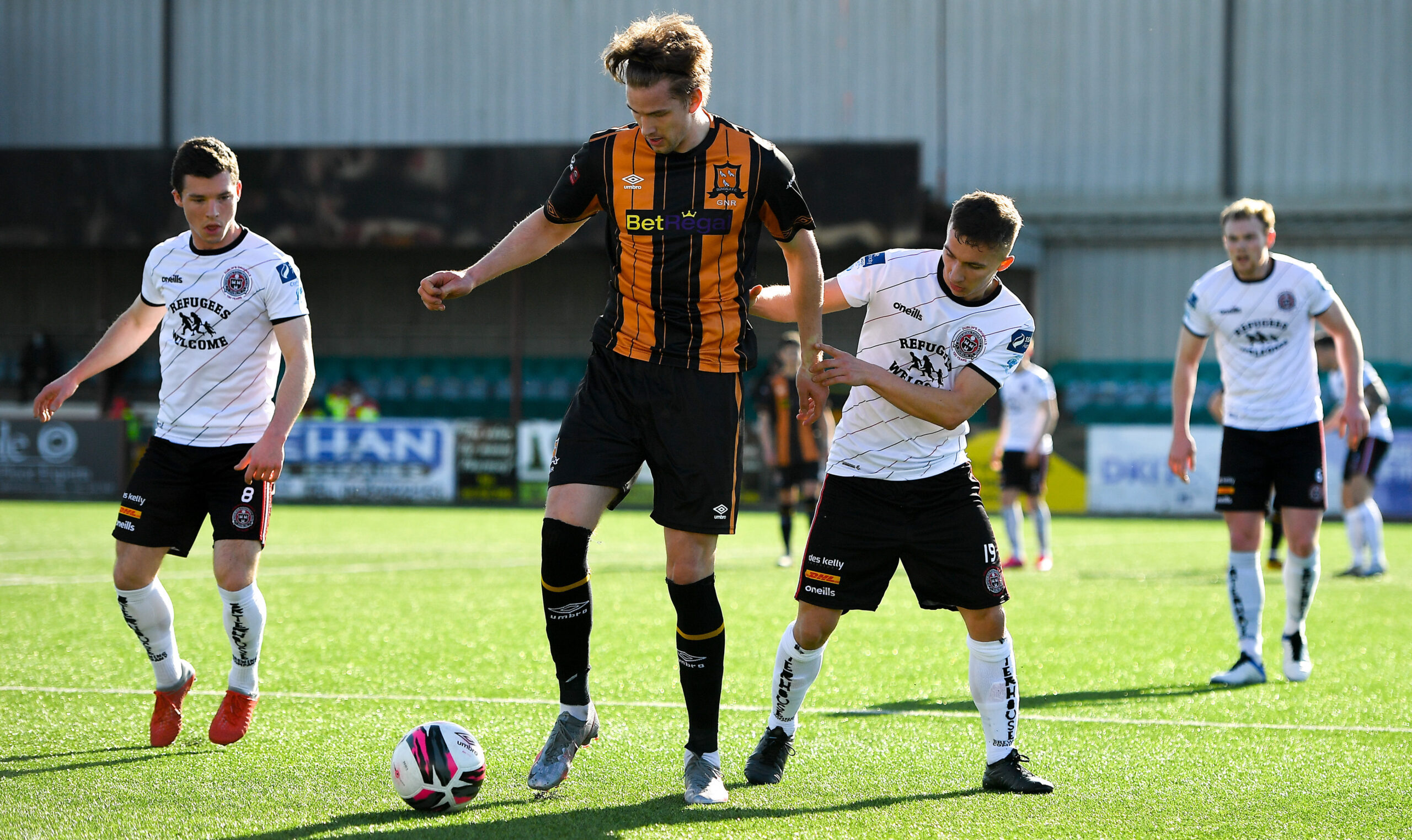 Ole Erik Midtskogen in action against Tyreke Wilson during the pre-season friendly match between Dundalk and Bohemians. Photo by Seb Daly/Sportsfile

“I’m feeling good now and the fitness is coming back,” he said. “Shamrock Rovers was the first game I’ve played since November last year so it’s good to be back and feel the tension on the pitch.”

Despite Dundalk’s poor start in the league, Midtskogen believes that with players like himself now returning to full fitness after injuries, the level of the squad will be lifted and that they’ll start getting results.

“We had a slow start but the level in the squad is good,” he said. “We have been a bit unlucky in the games and also off the pitch with injuries. People are getting back to full fitness now and we’ll be better, but of course, we need to pick up the three points and start winning.”

The big attacker turns 26 on Monday, and he is hoping to mark the occasion with his first goal for the club.

“That would be an amazing way to mark it,” he smiled, “but getting the three points is the most important thing.”