Dundalk Head Coach Vinny Perth feels that playing in the likes of the GelreDome is ‘part of the journey’ as his side prepare to face Vitesse Arnhem in the UEFA Europa Conference League 3rd qualifying round.

Perth is looking forward to the clash and believes this is part of the reason players and staff alike work so hard to get these opportunities.

“It’s part of the reason why you work so hard to end up in Europe to play opposition of this standard from a league of this standard, the Eredivisie. It’s a really exceptional stadium.

“I think that inspires players, you have seen that with Bohemians this summer, ourselves in Tallinn last week and hopefully we can do the same.

“It’s an amazing arena and it’s part of the journey. The idea behind this is to have players go up another level and I believe the players are capable of that albeit we have a really tough game.” 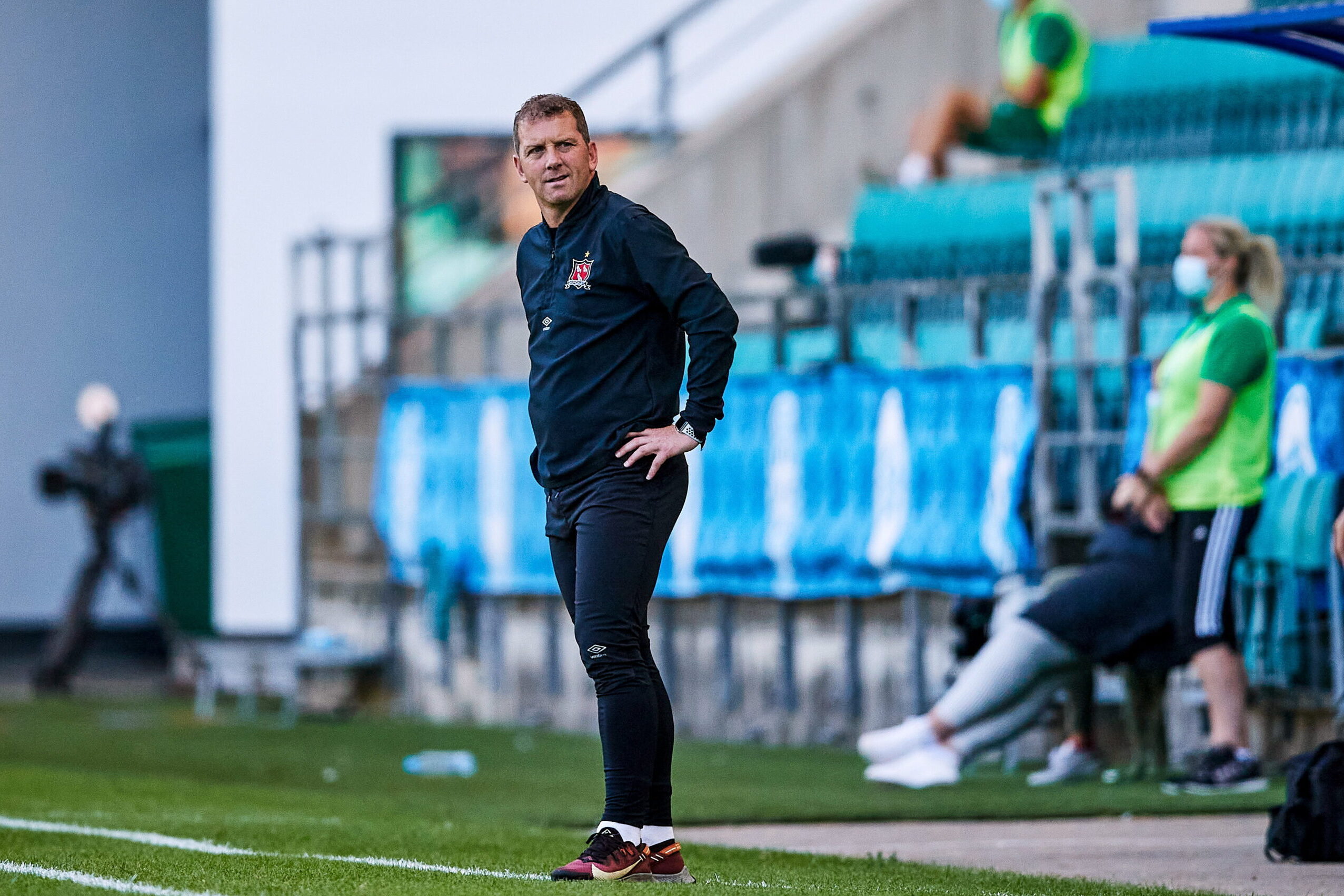 The stadium is mightily impressive and the Lilywhites trained at Vitesse Arnhem’s home on Wednesday evening in what was a relaxed session.

The head coach though noticed a similarity to last week in playing in stadiums like the A Le Coq Arena in Tallinn and the Gelredome while also pointing to the fact that the club are looking to build on the current European journey.

“You can see the jolliness in their face when they walk into the place. It’s great for Irish players and it’s a lesson for everyone else in terms of our own leagues we need to improve our stadiums because I think good environments creates better football. It’s a real lesson to be learned.

“It bred a little bit of confidence (last week) especially around town. I know it’s difficult with covid but you can tell that there is a real connection back with the team again which is great to see albeit we have hit a fairly mighty club in Vitesse but you can see the players want to go on a new journey which has started. 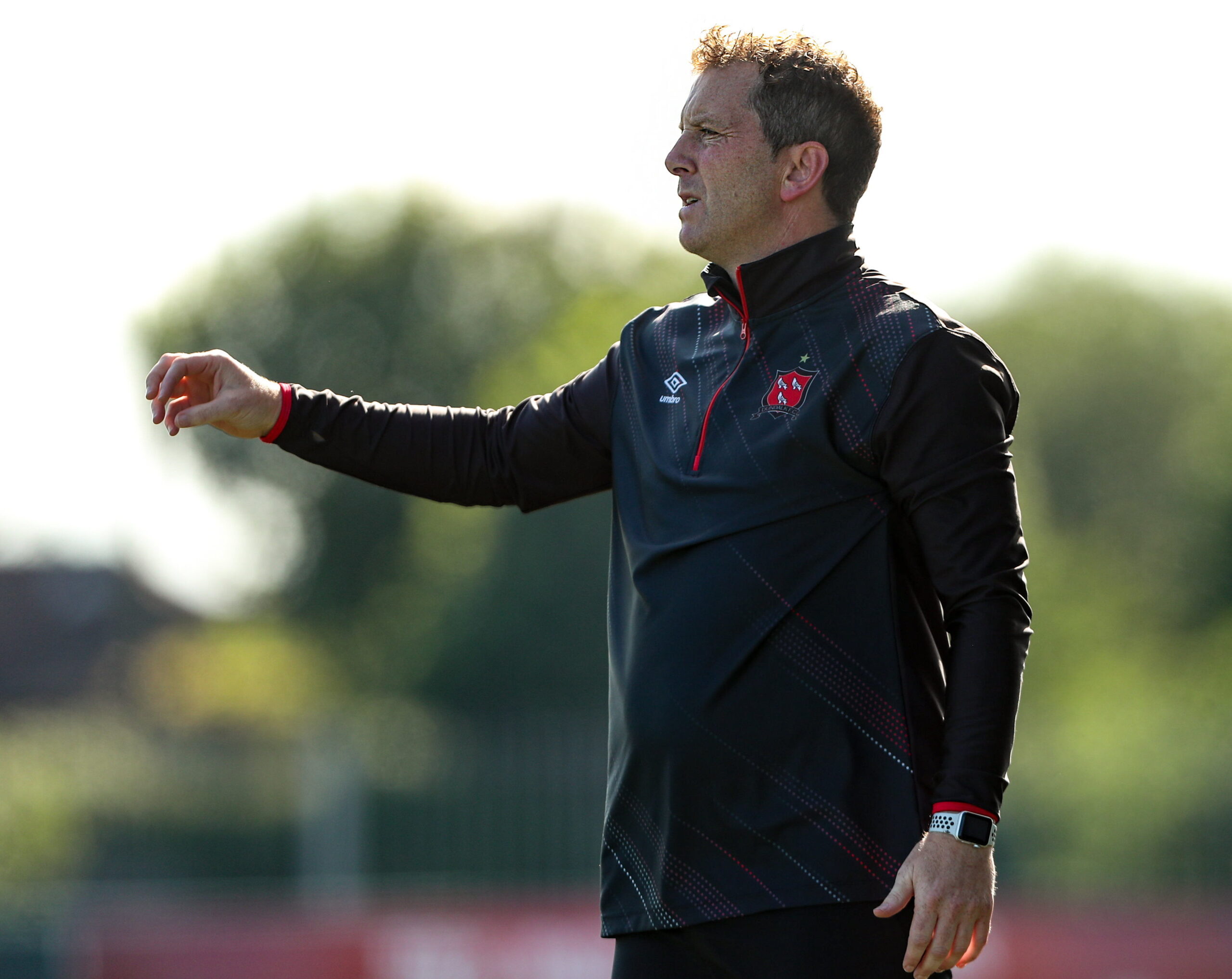 “It is up to us to build on that no matter what the result is now. It’s about building on this and putting this club back to ultimately where it belongs. “

Perth has been able to welcome some senior players back over the last number of weeks who missed out due to various issues.

Michael Duffy is available again after missing both legs against Levadia Tallinn with Daniel Cleary joining the squad on the trip after missing the past three months following hip flexor surgery.

And the 45 year-old was full of praise for the two back in the squad this week as well as all the returning players.

“You can see the senior players here now and we didn’t have that on the trip to Wales. It’s has given us a huge boost.

“It’s also good for team morale, Michael and Dan are good people but they are good messers in their own right! But you need that harmony and need that within the group. That has made a big difference to the squad.

“We have had a couple of issues in the squad like we have had over the last number of weeks in terms of health and people’s injuries but we will ultimately come up with the right team.”

Attention is now firmly focused on the clash with Vitesse Arnhem who finished fourth in the Eredivisie last season.

Perth is anticipating a difficult challenge against Vitesse however is hoping that his side being in season is an advantage and is confident his troops can claim a result.

“First of all the advantage, and we have seen this with the Bohs game, that they are in pre-season. They are a really strong, high press team and they play with huge energy. 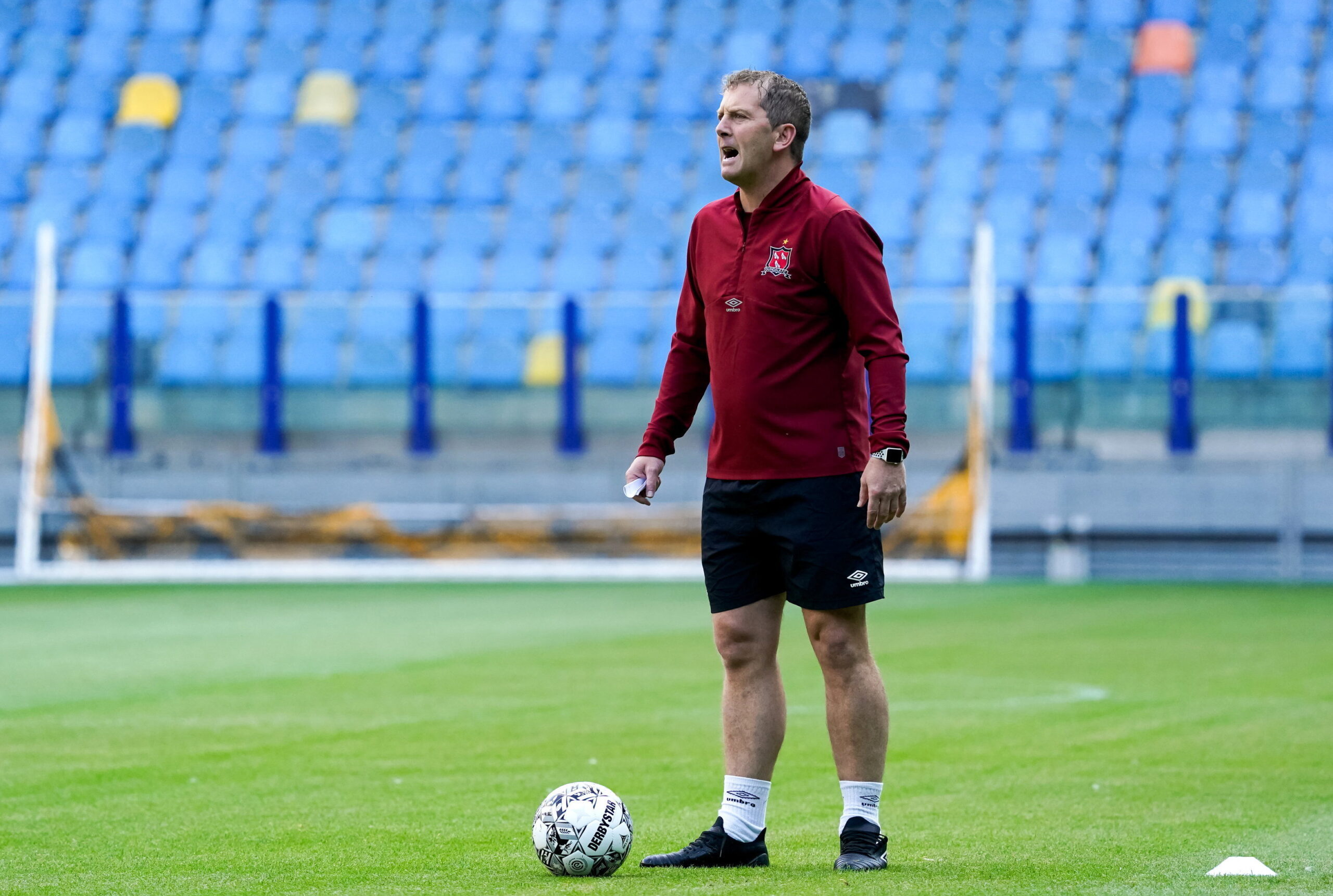 Vinny Perth at training in the GelreDome. Photo by Rene Nijhuis/Sportsfile

“In Europe sometimes you get to keep the ball for long periods of the game even against top opposition, I think this will be slightly different. They press so highly from the front 99% of times, they play with a back 3, a 3-4-1-2 and different variants of that.

“They will put us under a lot of pressure when we have the ball so it’s about us being clever and counter attacking.

“We have seen a lot of strengths of theirs over the last week. It’s up to us to find out their weaknesses and expose them if we can.”