Fifty-three days after the 2020 season ended with a six-goal thriller against Arsenal in the UEFA Europa League group stages, Dundalk will begin their preparations for the upcoming campaign with pre-season training at Oriel Park.

DundalkFC.com caught up with Lilywhites coach Filippo Giovagnoli ahead of the session and after returning home to his native Italy for the Christmas period, the 50-year-old said that he was happy to be back in town and was itching to get back into the thick of things. 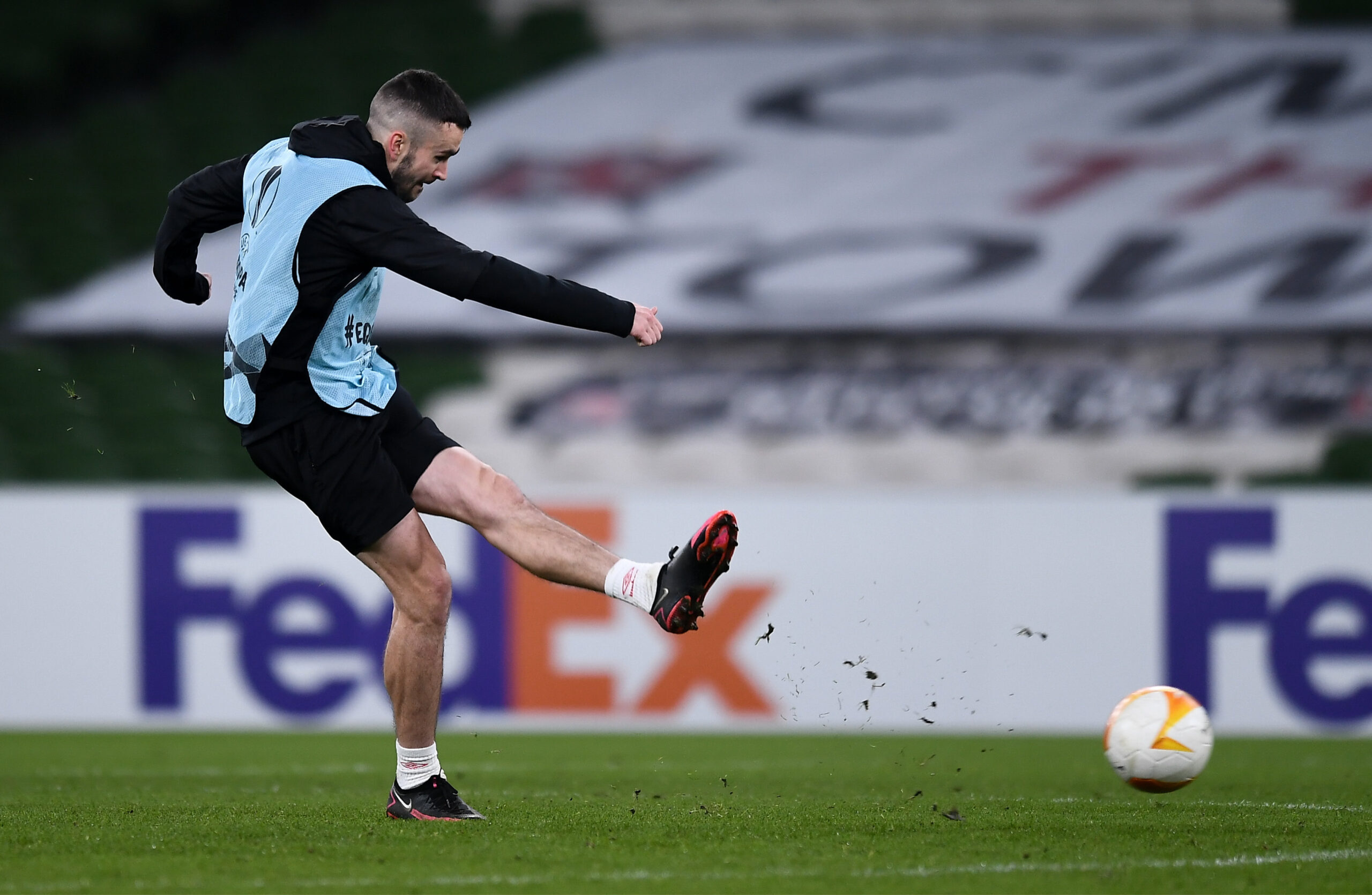 Michael Duffy signed a new contract prior to the 2021 season. Photo by Ben McShane/Sportsfile

DFC: Filippo, you arrived back in Ireland last week ahead of pre-season training. How does it feel to be back in Dundalk?
FG: It’s good to be back and I’m looking forward to starting pre-season on Monday with the whole team. I’m excited. We still need to complete the team but we are working hard on that.

DFC: You went back to Italy after the Arsenal game in December but you were busy over Christmas and the New Year with players coming and going.
FG: Yes, I had lots of things like scouting and watching videos to do but it was fun. I was working, but I was home and I was happy.

DFC: You say you are working hard to complete the squad. How many more players would you like to see arrive before the season gets underway?
FG: We probably need another couple of players and we are working to do that. We have time, the window is open and there are a lot of opportunities in the market. We want to improve the team so we want to get it right and not make mistakes.

DFC: You took the job midway through last year. Are you happy going into this season that you have assembled a squad with your own stamp on it?
FG: I was happy with the squad last year but some players made a decision to leave the club and we had to replace them. For the majority of the players who left, it was their decision, not a club decision, but we have replaced quality with quality, that is for sure.

DFC: You’ve gone outside of Ireland to recruit players. What was your thinking behind that?
FG: People ask ‘why did we not look in Ireland?’ Believe me, we looked in Ireland but there was nothing really available. We had to look overseas and I think it’s important for the league and for players to have exposure to players from outside of Ireland. We will have many countries looking at the League of Ireland this year and I think that will be good for Irish players. Everyone will have more exposure now.

DFC: You’ve signed two current internationals in Raivis Jurkovskis and Sonni Nattestad, which is something this club has never really done before…
FG: Yes, we spent a long time scouting both of those players. I watched a lot of international fixtures involving European and eastern European teams and that’s where we found Sonni and Raivis. They are two players who we believe will improve the level of our team. Sonni is a player with big potential. He has played internationally for years and only went back to the Faroe Islands because he suffered an injury. I think the best of him is yet to come and I expect him to be a really important player for us. The experience that he and Raivis will bring to the team is very important.

DFC: You mentioned earlier that you watched a lot of eastern European teams. Was it a conscious decision to bring in players from places like Norway, the Faroe Islands, Latvia, and Scotland – countries that are similar to Ireland – in the hope that they will settle a lot quicker?
FG: Yes, absolutely. The profile of the players we looked at didn’t just come down to talent, which they all have. We also looked at their characteristics, their ability to settle in this country and league, their personality, their environment and even what the weather is like in their own country! We looked at many things.

DFC: Sam Stanton has also arrived in the past week. What can we expect from him?
FG: Sam had a fantastic season in America last year. I have no doubt of his quality. I scouted many, many midfielders and Sam is the one that I liked the most. We are happy that we were successful in signing him. He is a modern midfielder, box-to-box, left-footed, and something we were missing in our repertoire. 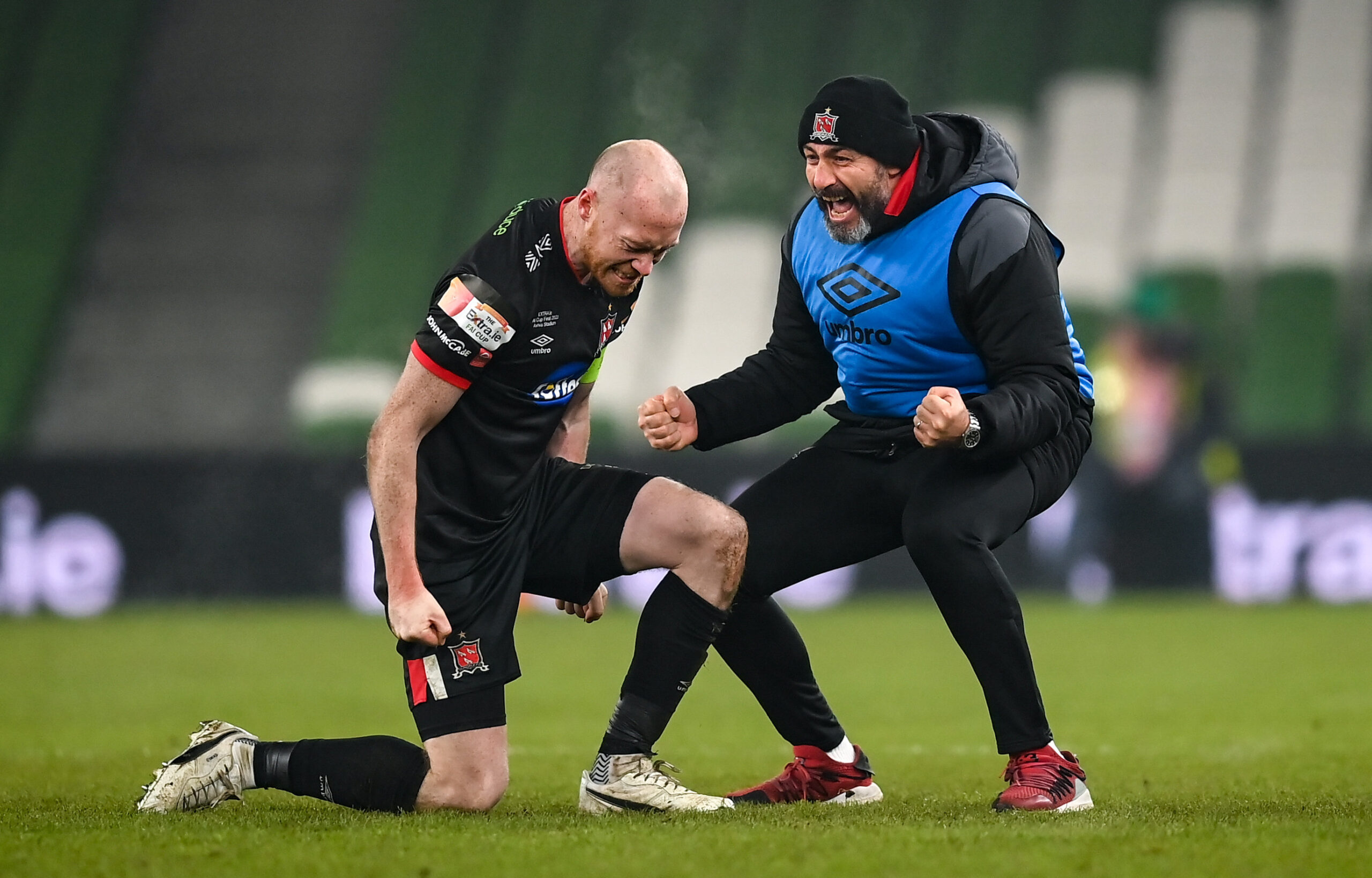 DFC: Alex Rando, a young goalkeeper from America, will also take part in pre-season training. What can you tell us about him?
FG: He’s a really talented goalkeeper who grew up in the professional academies in the United States. He was recently playing with Virginia College and has a really good profile. He’s excited to come here, he wants to succeed and he has an Irish background. We are looking forward to seeing his qualities.

DFC: The fixtures are published on Monday, February 1st. I think everyone really wants to see a 36-game league season get underway on March 19th.
FG: That would be great, and, hopefully, that is what happens. We are working towards that date and we will have six or seven weeks of pre-season which I am happy about. I hope we can also play in the President’s Cup before the season starts so we can compete for the first trophy of the year.

DFC: Finally, are you looking forward to getting back out on the training pitch on Monday?
FG: Yes, for sure! I am like a lion in the cage and I can’t wait to get started again with a fantastic group of players who brought us great success and gave us some unbelievable experiences last season.