Dundalk will be hoping to pick up their first win of the season when they welcome Bohemians to Oriel Park on Friday evening in series four of the SSE Airtricity League Premier Division.

The Lilywhites will be aiming to end their poor start to the season after falling to defeat for the second successive week against Shamrock Rovers last Friday. Goals in either half from Danny Mandroiu and Dylan Watts gave the champions a 2-1 victory. That followed on from Finn Harps taking all three points at Oriel Park with Ollie Horgan’s men also winning 2-1 a fortnight ago.

Dundalk met Keith Long’s side on three occasions last year, recording a draw and a defeat in the two league games and a 4-1 victory at Dalymount Park in the quarter-final of the FAI Cup. This will be the first meeting with Bohemians this term and Dundalk will be looking to defeat The Gypsies for the first time in a league game since May 2019 when Patrick Hoban scored an injury-time penalty at Oriel Park. 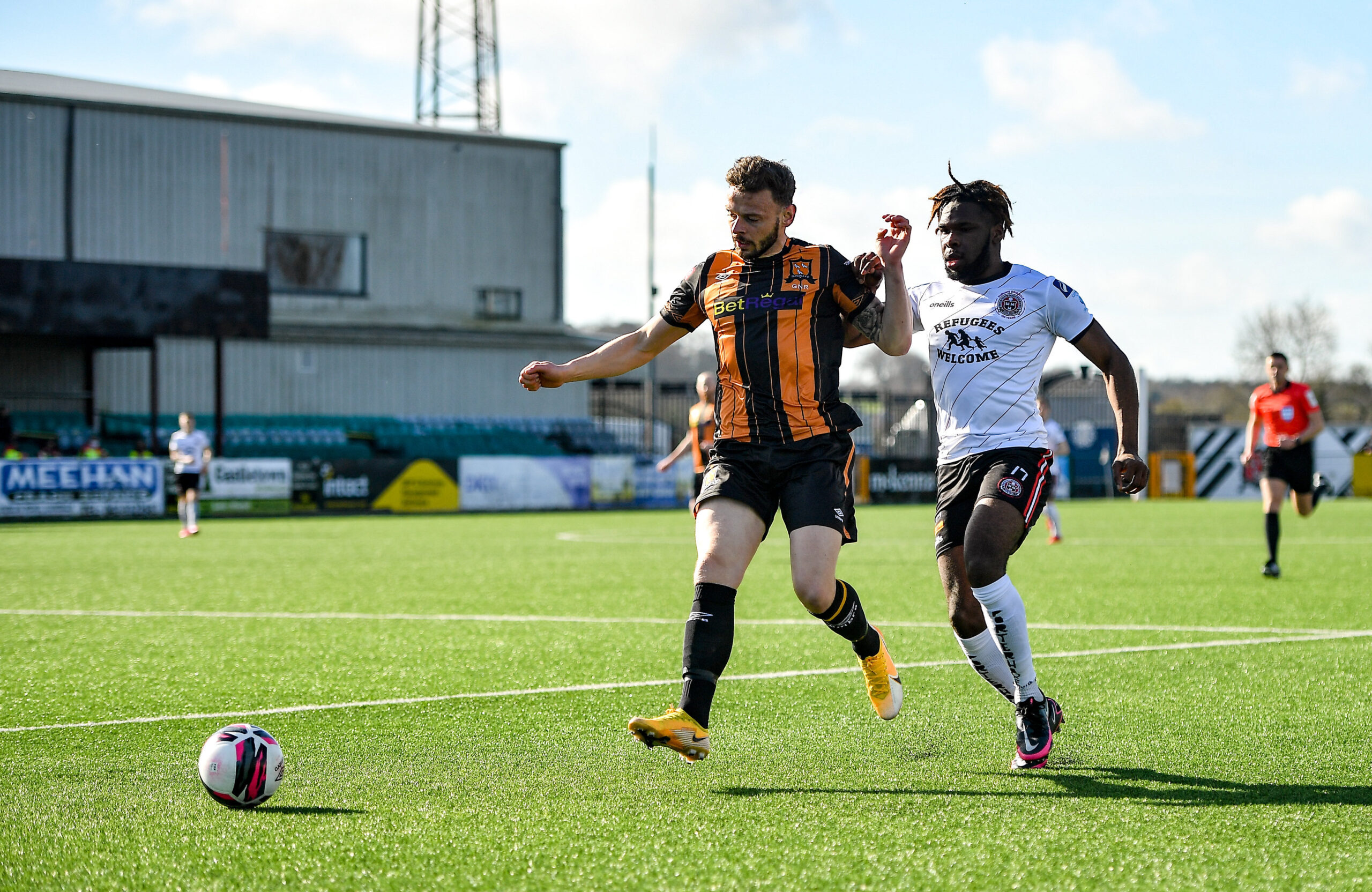 Andy Boyle of Dundalk in action against Thomas Oluwa of Bohemians during the pre-season friendly match at Oriel Park in February 2021. Photo by Seb Daly/Sportsfile

Team News
Brian Gartland will miss the game after sustaining a knee injury in the 2-1 loss to Shamrock Rovers last week while Daniel Kelly and Sean Murray are also out. Sonni Nattestad, who is in quarantine after returning from international duty with the Faroe Islands, is suspended but Patrick McEleney is hoping to be involved after recovering from a hamstring injury. 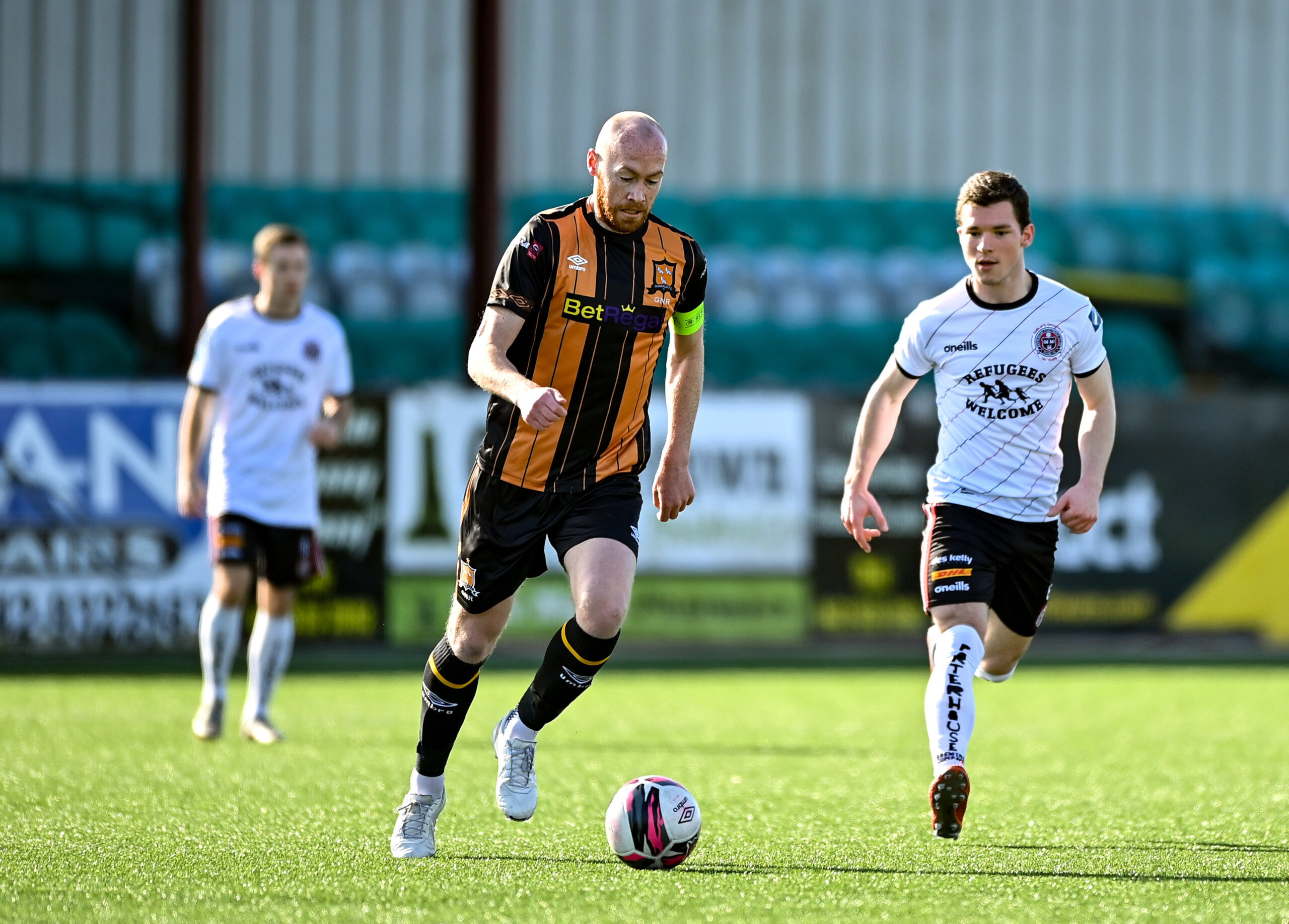 Chris Shields of Dundalk in action against Ali Coote of Bohemians during the pre-season friendly at Oriel Park. Photo by Seb Daly/Sportsfile

Dundalk FC coach Filippo Giovagnoli
“We have players coming back from injury and we believe that the team is going to be really powerful so we all feel really positive. We have a busy period coming up this month and we’re looking forward to this kind of schedule. We’ll be able to rotate players while maintaining a lot of quality. Of course, we were expecting to have more points but it didn’t happen so we have to keep our heads up, keep going to work, and do our jobs. We feel that our time is coming.

“We’re expecting a war against Bohemians because they have had a bad start and we have also had a bad start. Both teams will want to win the game badly. They will come here to fight and we know that so we’re expecting a really difficult game which is nothing different because everyone wants to perform well against a club like Dundalk.”

Dundalk FC attacker Ole Erik Midtskogen
“It was a hard start for me when I arrived here. I was looking forward to playing football but then I was struggling with my back for the entire pre-season. It’s been hard, so it’s good to be back now and help the team. I’m feeling good now and the fitness is coming back. Shamrock Rovers was the first game I’ve played since November last year so it’s good to be back and feel the tension on the pitch.

“We had a slow start but the level in the squad is good. We have been a bit unlucky in the games and also off the pitch with injuries. People are getting back to full fitness now and we’ll be better, but of course, we need to pick up the three points and start winning.”