Dundalk are in Estonia for a winner takes all clash against Levadia Tallinn in the UEFA Europa Conference League second qualifying round second leg at the Albert La Coq Arena on Thursday evening.

The match will be streamed live on LOITV.ie. You can buy a match pass for just €10. The kick-off is at 5.30pm Irish time. You can also follow the action on the Dundalk FC social media channels.

The tie is evenly balanced following a thrilling first leg in Tallaght Stadium where the Lilywhites came from behind on two occasions to secure a 2-2 draw.

While Levadia will be fully refreshed ahead of the second leg, having not played any domestic football over the weekend, Dundalk had to go the distance against Treaty United in the FAI Cup on Sunday, winning 1-0 after extra-time.

This will undoubtedly be a tight affair once again between two closely matched sides but Vinny Perth’s men will be hopeful of securing the victory and setting up a third qualifying round meeting with Dutch side Vitesse Arnhem. 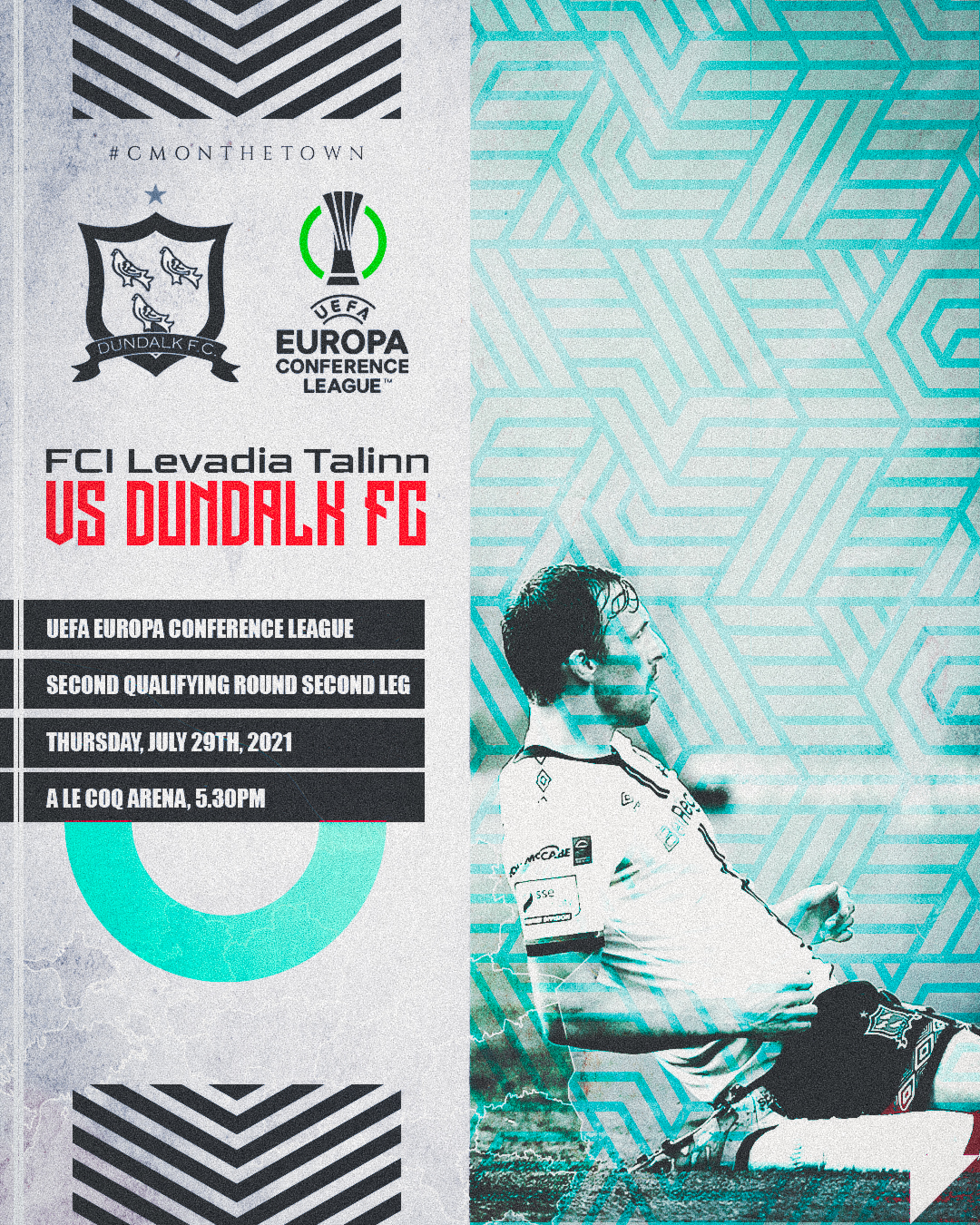 Quotes | Dundalk FC head coach Vinny Perth
“Like all coaches, I don’t want us to concede goals so I’d like us to keep a clean sheet. We created a lot of chances and had good possession so I also want us to be more clinical. It’s two very evenly matched teams and I’d expect it to be a tight game.”

Quotes | Levadia Tallinn head coach Marko Savic
“The first game was a good, high-quality game with equal performance on both sides. I hope we can show this level again and even add 10 or 15%. We want to attack and they want to attack. We want to play with the ball, they too.
“We just have to do everything a little better. We were good in the attack, we had to play a little more without the ball in the second half than we would have liked, but we also managed the defence.”