Dundalk make the trip to Tallaght Stadium on Friday night to face reigning SSE Airtricity League champions Shamrock Rovers in a clash that will be televised live on RTE2.

The Lilywhites will be looking to bounce back from last week’s home defeat to Finn Harps which saw Adam Foley’s brace secure all three points for Ollie Horgan’s side.

This is the second time the sides have met in the space of three weeks. On March 9th, Dundalk returned home with the President’s Cup after winning a penalty shootout following a 1-1 draw after 90 minutes.

Team News
Ole Eriks Midtskogen is back in contention while Patrick McEleney is also hoping to be involved. Daniel Kelly and Sean Murray are out but Raivis Jurkovskis is available after missing the Finn Harps game through international duty. Sonni Nattestad is suspended. 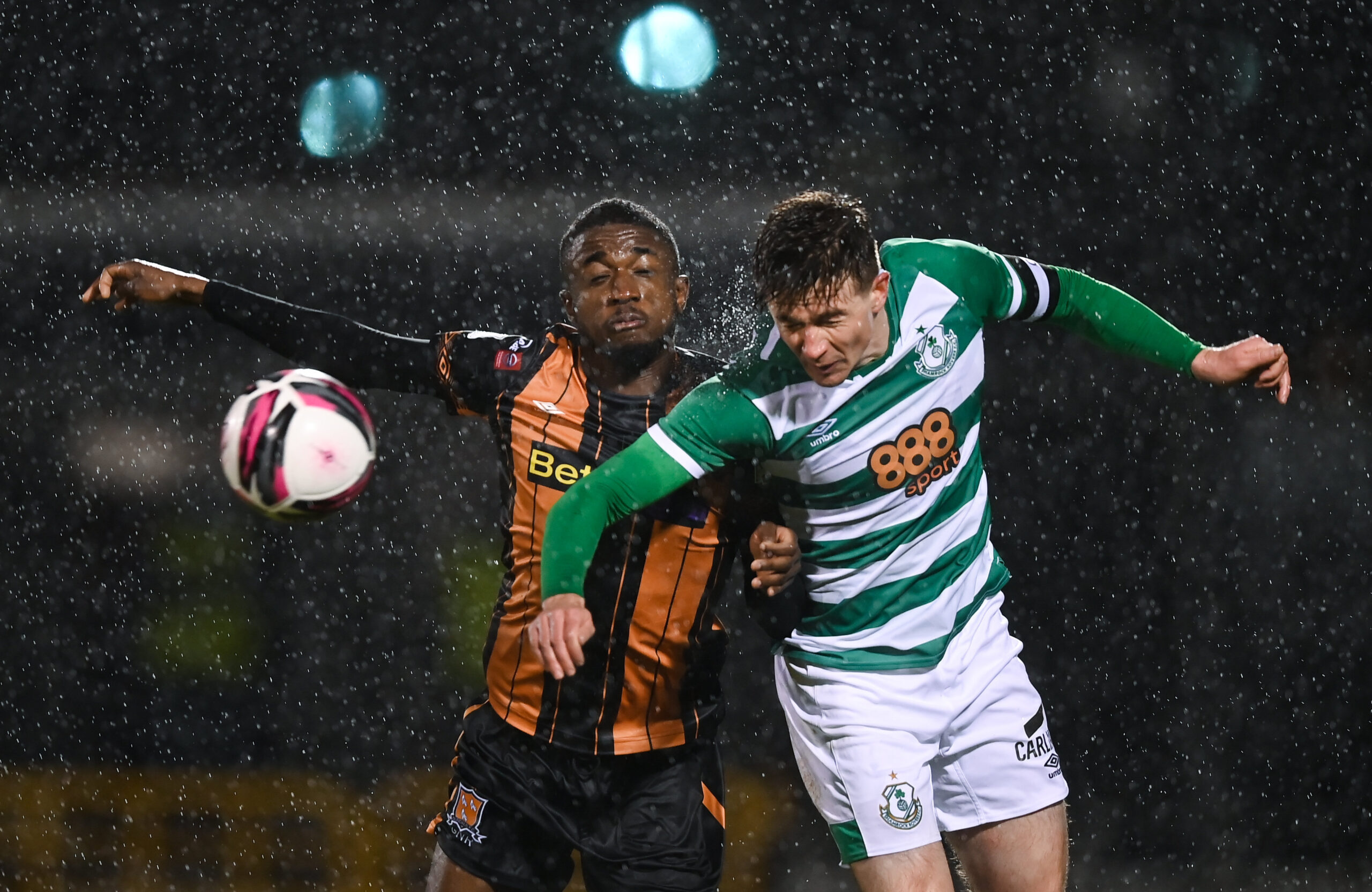 Junior Ogedi-Uzokwe of Dundalk in action against Ronan Finn of Shamrock Rovers during the FAI President’s Cup Final at Tallaght Stadium in Dublin. Photo by Stephen McCarthy/Sportsfile

Team manager Shane Keegan
“Everybody is chomping at the bit to try and redeem their individual and collective reputations after last week’s defeat to Finn Harps.
“It doesn’t matter who the opposition is but it probably does add extra focus to have Rovers. When we’re playing against the really, really top teams that seems to bring the most out of us and you’d be hoping that will be the case again Friday.
“There’s plenty of needle between both sides, that’s for sure. There’s no getting away from that. It’s genuine, it’s not put on or it’s not fake. It adds to the game.”

Midfielder Greg Sloggett
“It’s hard to put your finger on why we haven’t just kicked on over the last two weeks. We played very well up to the sending off against Rovers in the President’s Cup and again for large periods of our last two league games. It’s a massive game on Friday night and we have no reason not to be up for it so, hopefully, it will trigger us and we’ll come good.
“Dundalk and Rovers have been competing at the top end for the past number of years and with that comes a natural rivalry. Words spoken add to the fire and it makes for a great spectacle. Do I enjoy that? Absolutely. You’ve got to appreciate these battles, particularly when we have no fans at the moment. You look forward to those adrenaline-fuelled games.”