Dundalk begin a hectic Bank Holiday weekend when they travel to Waterford on Friday night looking to make it back-to-back wins for the first time this season.

The Lilywhites picked up their first league win of the season last weekend with a 2-1 victory over Drogheda United in the Louth Derby, as goals from David McMillan and Han Jeongwoo lifted Dundalk up to seventh in the table, passing Friday’s opponents on goal difference.

Much like Dundalk, Waterford have endured a tough start to the season, also picking up six points from their opening seven games. They picked up their second win on Saturday, with a 1-0 victory over Longford Town. Strangely, both of the Blues’ wins this season have come in games where they’ve had a man sent-off in the second half.

This is another must-win game for Dundalk if they want to start climbing up the table towards the European places. Depending on results, a win this weekend could lift the Lilywhites as high as fifth in the table ahead of the trip to Longford on Bank Holiday Monday. 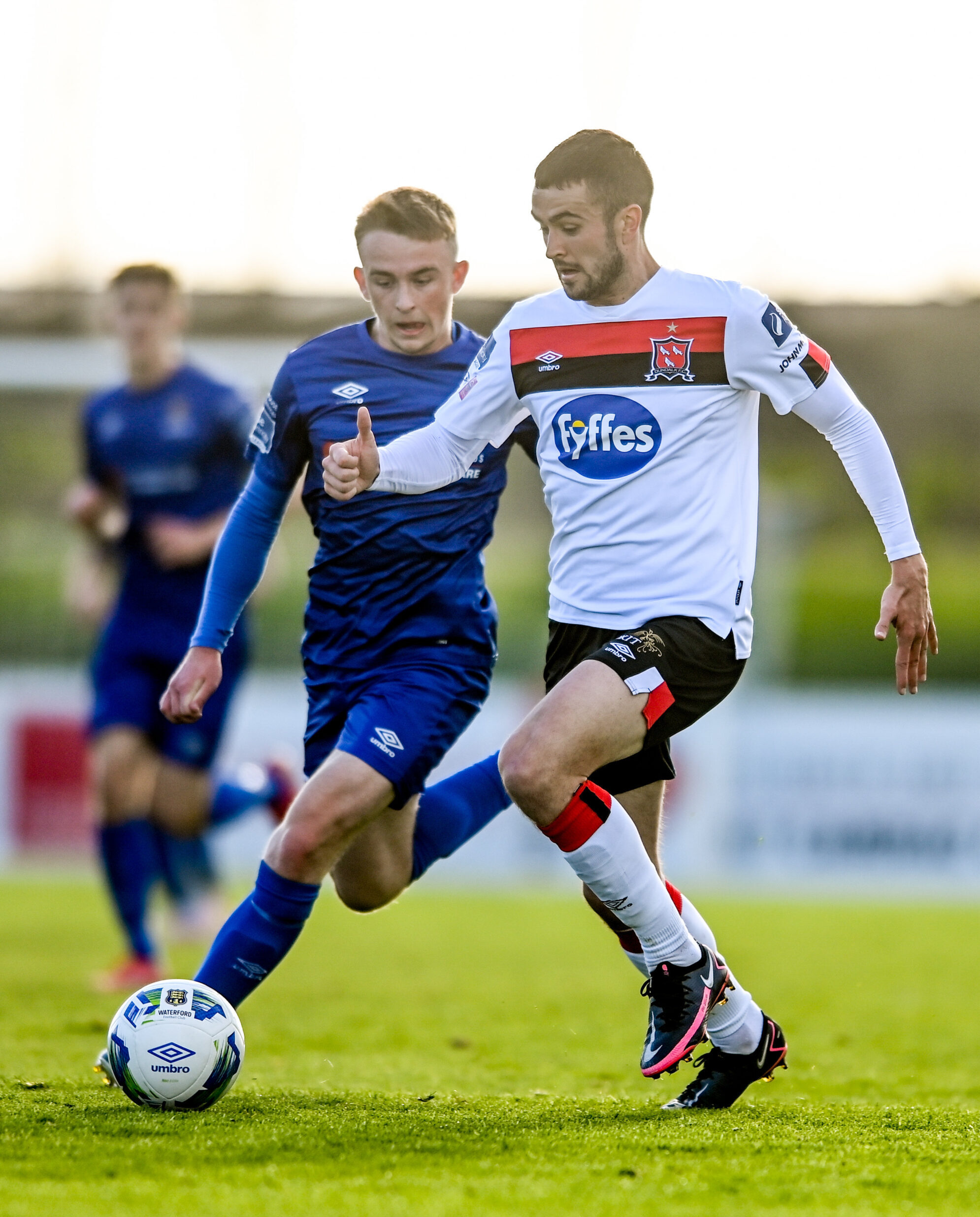 Michael Duffy in action against Waterford’s Darragh Power in the game at the RSC last season. Photo by Sam Barnes/Sportsfile

Team News
Daniel Kelly returns to the squad after a spell on the sidelines with a knee injury but Patrick Hoban and Sonni Nattestad are out while Brian Gartland will undergo surgery on his knee injury on Friday morning.

Jim Magilton Quotes
“We have two big away games this weekend with Waterford up first and then Longford. We want to build on the good result that we got against Drogheda last week.
“I know Kevin Sheedy and Mike Newell well. They will set up the team to win the match and we are expecting a tough game but we are focusing on ourselves, we are focusing on the positives and on building our confidence.”