Steven Bradley will be looking to bridge a 32-year gap in Sligo on Saturday evening and become the first Dundalk player to score in his first four top-flight games for the club since Peter Hanrahan in 1990.

The 19-year-old Scottish winger, who is on a season-long loan deal from Hibernian, has hit four goals in his opening three games for the Lilywhites. He scored Dundalk’s first of the campaign against Derry City on February 18th and followed that up with the equaliser against Bohemians at Dalymount Park a week later. On Monday night, he added a brace to his tally in the 3-0 win over Finn Harps at Oriel Park.

A goal against the Bit o’Red at The Showgrounds would see him equal a feat last achieved during Dundalk’s 1990/91 league-winning campaign.

After arriving from his native Limerick, Peter Hanrahan scored on his first outing for the club in a 7-0 win over Longford Town in the Leinster Senior Cup and added to it with a goal against Athlone Town in the same competition in Dundalk’s final outing before the start of the league campaign.

The opening game of the 1990/91 season is infamous around these parts. On a day when former Dundalk striker Paul Newe returned to Oriel Park and blitzed his old employers with four goals in Shelbourne’s 5-1 win, it was Hanrahan who was on the scoresheet for Turlough O’Connor’s men. 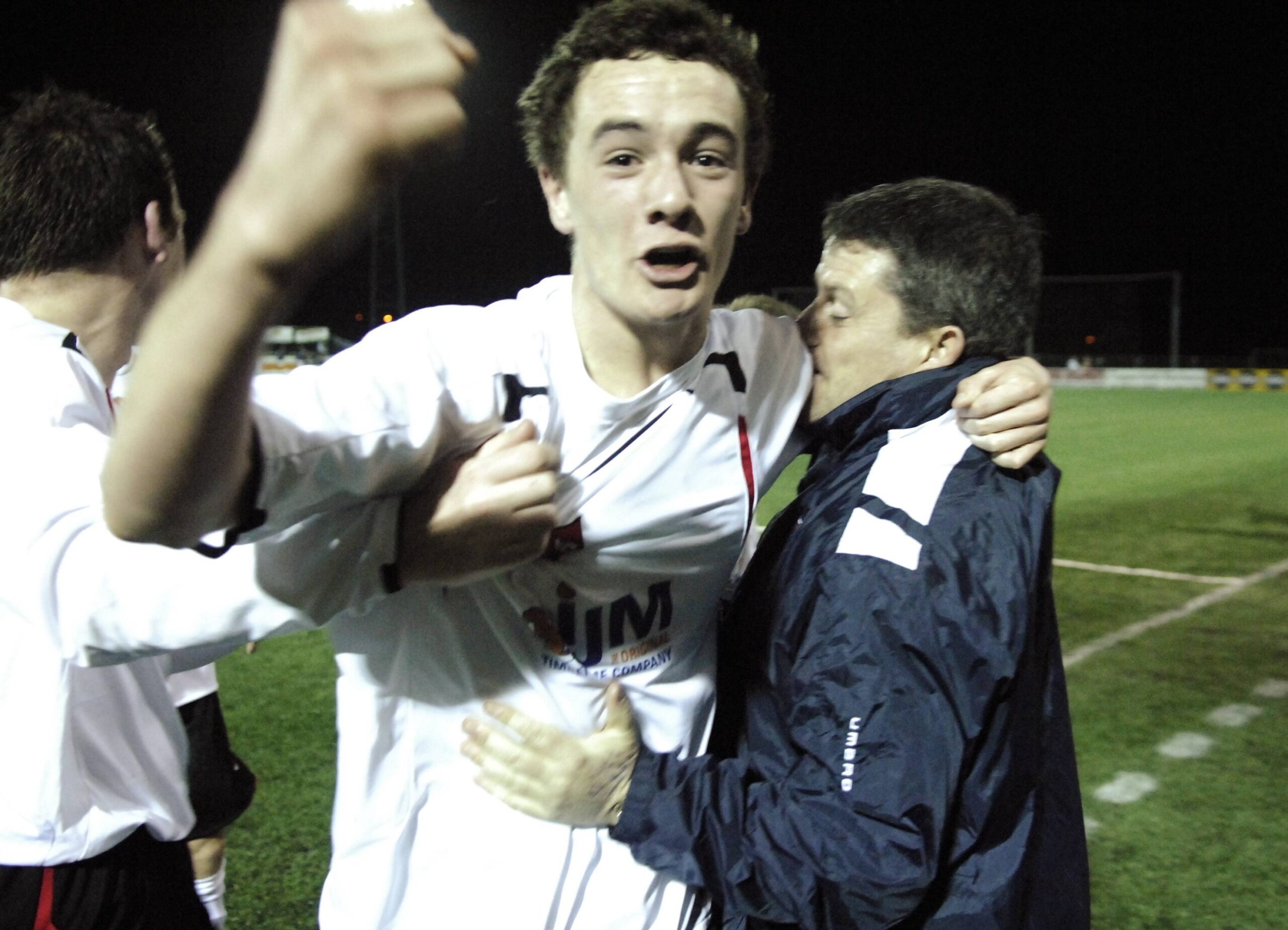 Things settled down after that and Peter scored the winner against Athlone Town before contributing to comfortable victories over Bohemians and Limerick to extend his scoring sequence.

He ended the season with 20 goals in all competitions, 18 in the league, as Dundalk won the title on the final day at Turner’s Cross in Cork.

After joining from Crusaders, Danny Hale also scored in his opening four games for the club as a new-look Dundalk, playing at a new-look Oriel Park, made a flying start to the start of the 1966/67 season.

Hale’s haul set the scene for a memorable year which saw him score 28 goals in all competitions as Dundalk, under player-manager Alan Fox, won three trophies – including the league title – and two sets of runner up medals.

In 2007, the on-loan Shaun Williams scored in his opening four league games as John Gill’s Dundalk side started the First Division season with 12 points from a possible 12.

The midfielder, who is now at Portsmouth, was on target in the opening day win over Finn Harps at Oriel Park and was also on the mark in away games that followed against Kilkenny City and Shelbourne.

Williams was one of six men on the scoresheet in game four, a 6-2 win over Athlone Town at Oriel Park, as John Flanagan, Cathal O’Connor, Philip Hughes, Robbie Dunne and Anto Flood also hit the net.

Undoubtedly, however, the player who made the biggest individual contribution to an early-season run was Benny Gaughran who scored eight goals in his first four games for the club back in the 1939/40 season!