Everyone at Dundalk Football Club was deeply saddened to learn of the passing of Joe Martin at the age of 91.

Below is a tribute to one of our club – and town’s – greatest characters.

A four-time club leading scorer, fourth in the all-time goals lists, joint holder of the club record for most goals in a league game, a club scoring career of better than a goal every two games, Joe Martin’s footprints can be found all through the club’s scoring records but his starring role in the never-to-be forgotten 1952 FAI Cup campaign would itself ensure his place in the club’s Hall of Fame.

Blessed with a deceptively long stride that fooled many a defender, Joe had the instincts of a born goalscorer and the knack of taking his chances. Practically all of his goals came from his right foot prompting the former Dundalk trainer, Gerry McCourt, to quip: “Joe needs his left foot only for balance.” The main exception was his equaliser in the 1952 FAI Cup final against Cork Athletic at Dalymount Park. It secured Dundalk a replay three days later which they won 3-0. What made Joe’s scoring feats even more incredible was the fact they were achieved during the least successful period in the club’s history, a spell that saw the club finish bottom of the league no less than four times!

A prolific goalscorer from his days in the Dundalk Minor and Junior Leagues – he holds the record for the most goals in a Dundalk Summer League game, nine against Dealgan Rovers – Joe was a member of the Dundalk ‘C’ team that was successful in the Leinster Junior Shield during the 1949-50 season and his senior debut came in a 3-2 City Cup victory over Bohemians on September 11th, 1949 when he earned a penalty and made another goal for Bobbie O’Brien.

A planned two-month trial with Derby County followed in the company of Billy Flanagan but the duo returned home and Joe signed professional for Dundalk. The 1950-51 season saw Jimmy Gilbert opening the season at centre forward but after two losses, and no goals, new player-coach Pat Gallacher brought Joe in at number nine. Goals in each of his first three games established his position in attack and from his 25 starts he bagged 18 goals, just three less than leading scorer Pat Gallacher. His performances earned him a place on the League of Ireland team that played the West German League at Dalymount Park on St Patrick’s Day in 1951. He recalled his selection to the panel in this LMFM interview from 2006.

Injuries restricted his early season appearances in 1951-52 but the goals kept coming and his double in the thrilling 5-4 FAI Cup semi-final win over Waterford in the falling light at Milltown propelled Dundalk to the final. In an interview with The Argus just after his 90th birthday in 2021, Joe said the fifth goal was his best in a white shirt.

“I was shifted from centre forward to outside right. Leo McDonagh used to go in and I’d go out and the ball hopped on the 18 yard line on the angle and I closed my eyes and hit it and it sailed into the roof of the net. We were leading 5-4 then. I scored the fourth and the fifth goal in the semi-final in the 12th and 14th minute of the game in extra-time,” he added. “The referee was from England and he should have only played 10 minutes each way because that was the rule in Ireland but it was 15 in England. Waterford objected but they didn’t win it,” he laughed. 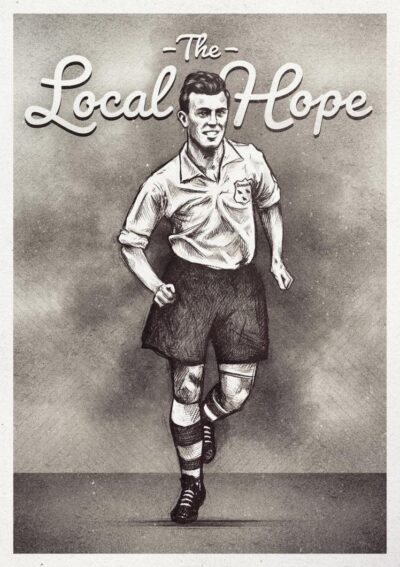 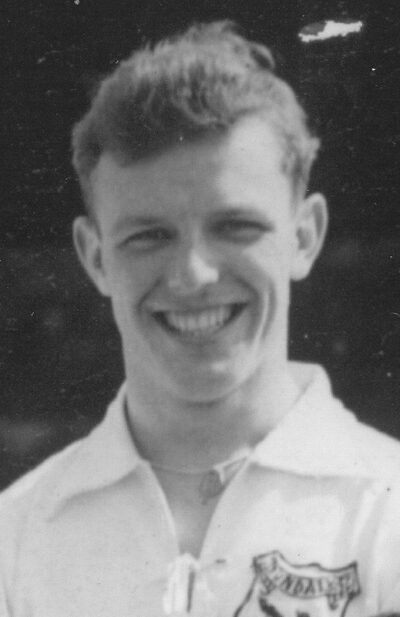 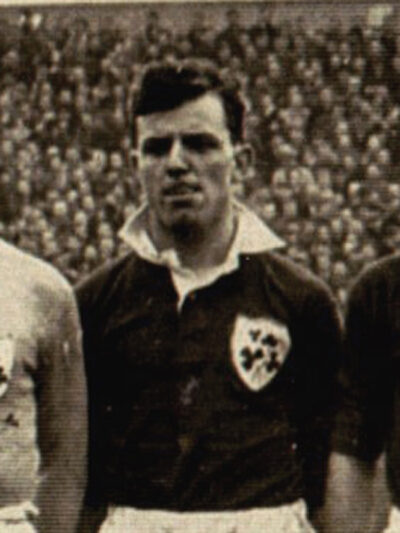 Trailing 1-0 to Cork Athletic in the final, Joe lobbed the Leesiders’ goalkeeper as Dundalk came from the dead to secure a last-gasp draw. It was his fifth goal in the competition, equalling a club record which was only broken by David McMillan in 2020. With his hamstring heavily strapped, the 20-year-old led the line in the replay three days later as goals from Johnny Fearon, Fergus Moloney and Paddy Mullen saw Dundalk lift the cup for the third time in the club’s history.

“When I scored the equalising goal I was the saddest man in Ireland because I knew my hamstring was gone so I knew I wouldn’t be able to play in the final but I did,” he recalled. “I took three days off work. Gerry McCourt told me not to let on to anyone and I was strapped up. The 12th man on the team if I hadn’t played was someone who went on to be joint scorer in the World Cup, Peter McParland.”

The next four seasons saw Dundalk struggle but Joe’s goalscoring prowess showed no signs of slowing down and in March 1953, he scored four goals against Waterford at Oriel Park to equal the best individual score in a League game. By the end of the 1955/56 season, Joe’s club tally crossed the 100 mark, and he became only the third Dundalk to become a goal ‘Centurion’ joining club legends, Eddie Carroll and Joey Donnelly. The newest member of the club, Patrick Hoban, was a regular visitor to Joe’s house on Dublin Street, popping in to wish the great man a happy 90th birthday in 2021.

After being released by Dundalk at the end of the 1955-56 season, he spent a season at Portadown and had spells with Bangor and Tandragee Rovers before returning to Oriel Park for two more years, after which he retired at the age of 29.

His retirement form the game opened the doors for a new phase in Joe’s life and his talents as an entertainer, already displayed on the football field, now found expression in a wide variety of ways as he became one of the driving forces on the local entertainment scene as a singer, MC, storyteller, talent show producer, raconteur and a radio show presenter. Variety was Joe Martin’s middle name!

For more than 40 years he harnessed these skills for the benefit of a range of charitable organisations and objectives, all at the same time as rearing a family and working. His work experiences provided additional variety, starting as a Post Office messenger boy at 14, and later at Halliday’s Shoe factory, while doubling up as a bookie’s clerk at the old greyhound track at the Ramparts.

His expertise as an ‘impresario’ first manifested itself on those long car journeys to and from games in Cork, Limerick, Sligo and Waterford when he was the organiser of the sing songs. These skills were again evident in his organisation of two memorable football occasions, first in 1991 for the club’s 1500th League game and in 2002 for the 50th Reunion of the 1952 FAI Cup winning team.

His ‘Pro Bono’ contribution to the life of Dundalk has been considerable, in recognition of which his peers have bestowed many honours on him, including:

Funeral details can be found here.