Dundalk FC is delighted to announce the signing of Scottish striker Cameron Elliott.

The 23-year-old, who spent time at St Mirren as youngster, joins from Lowland League side East Kilbride where he scored 15 goals in just 21 appearances this season.

Elliott is our fourth new arrival of the 2023 season and speaking to dundalkfc.com, he said he was eager to showcase his talents on a full-time stage.

“It’s a great opportunity for me,” he said.  “I’m very grateful for the chance to play for Dundalk and the success the club has had over the past 10 years was a massive factor in me signing.

“The aim for me now is to continue on where I left off at East Kilbride. Obviously, it’s a different level but it’s something I’m really looking forward to. I feel fit and strong and I can’t wait to get going.” 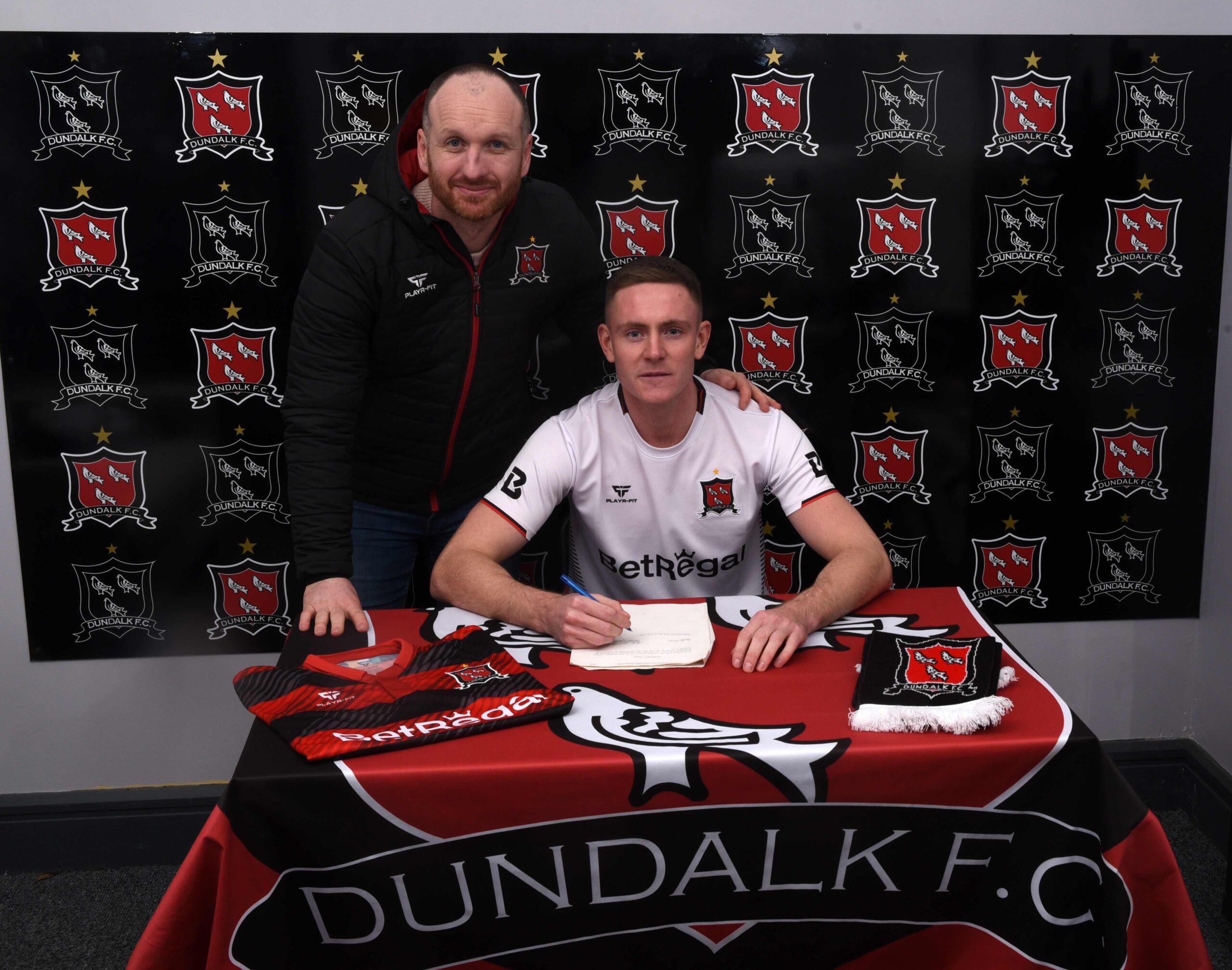 “Once we were interested, Cammy was desperate to make the move happen,” said Dundalk head coach Stephen O’Donnell. “That is exactly the kind of player we want at the club.

“He’s a great goal record over the last few seasons and he’s scored against good calibre opposition like Celtic’s B team.

“We’ve signed a player who not only knows where the goals is but someone who will work tirelessly and work a backline. He’s got a lot of raw attributes, he’s a powerful runner and he’s very sharp with his movement and gets his shots away.

“There’s really good scope for him to kick on and develop and he’s the right type of profile that we like. I think he’ll got strength to strength when he gets in and starts to work with us each day.”