Patrick Hoban put the Lilywhites in front however goals in either half from Andre Wright and Lewis Banks secured three points for the Bit o’Red.

Vinny Perth made two changes to the starting XI from Saturday’s defeat to Longford Town – both enforced – with Alessio Abibi returning to the starting XI for the injured Cameron Yates and Michael Duffy for the suspended Daniel Cleary and they started well in the west. 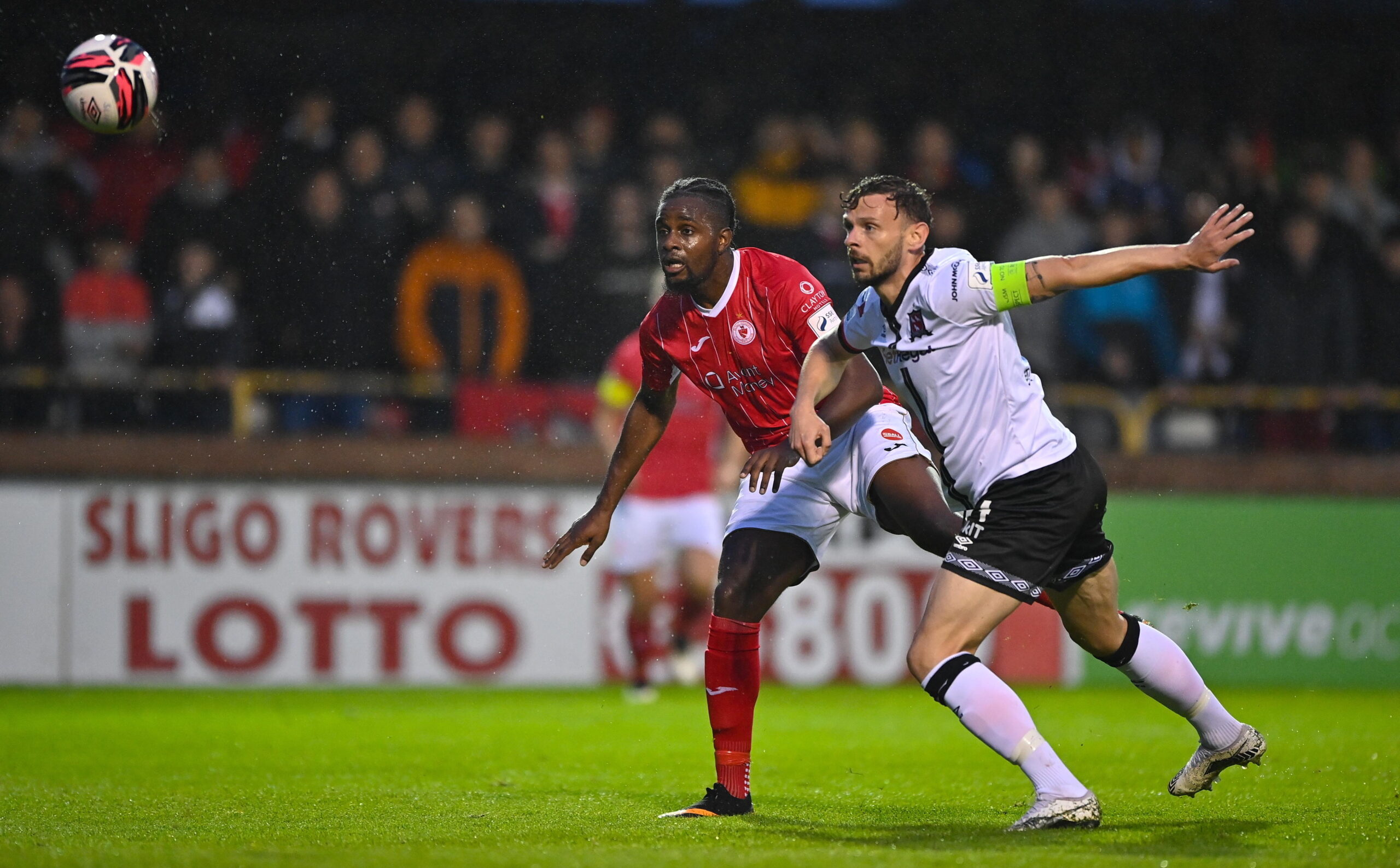 Andre Wright and Andy Boyle jostle for the ball. Photo by Seb Daly/Sportsfile

Sam Stanton burst forward early on and created space for himself but his low drive was inches wide of the post with the goalkeeper beaten.

Greg Sloggett then had an even better chance to put the side in front when he got on the end of the clever layoff from Michael Duffy but he managed to clear the crossbar with the goal at his mercy.

Adam McDonnell responded for the hosts when he fired just over the bar from a free-kick while Andre Wright had a header when central but his downward effort was easy for Abibi. 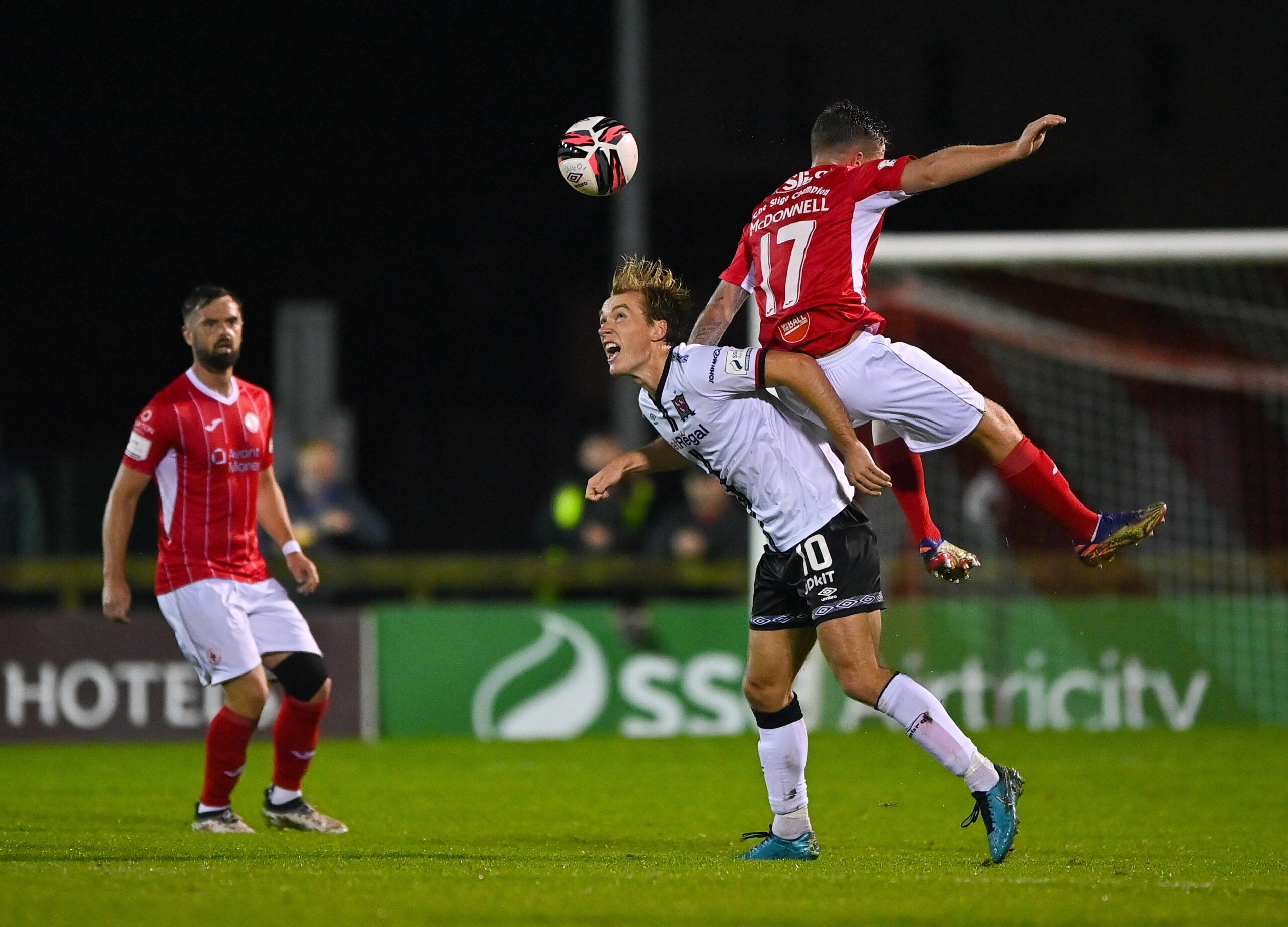 Hoban forced a good save from McGinty who gathered at the second attempt however the Galway man would get the lead goal shortly after.

A superb, flowing team move finished with Cameron Dummigan on the left crossing, it was cleared to Will Patching and his volley was guided to the net by the number 9 for a deserved lead.

The lead would be short lived though as Wright fired to the net after a corner with all the space in the world.

That was a frenetic opening with both sides engaged in the frantic play. The match settled down after that however neither side were able to maintain control of possession.

It was very much stop start with a number of players down receiving treatment and the odd half chance for either side but neither team could force their way in front and we were all square at the interval.

Johnny Kenny opened the second half with a good effort which was well saved by Abibi however they would go in front with their next attack.

Bolger’s free-kick into the box found Lewis Banks free in the area and his header was straight at Abibi but he parried it into the net.

Kenny should have made it 3-1 when he got in behind Sonni Nattestad however he blazed over with just the goalkeeper to beat.

Dundalk struggled to create anything of note after that and almost fell behind further when Walter Figueira pulled his shot narrowly wide from an acute angle. 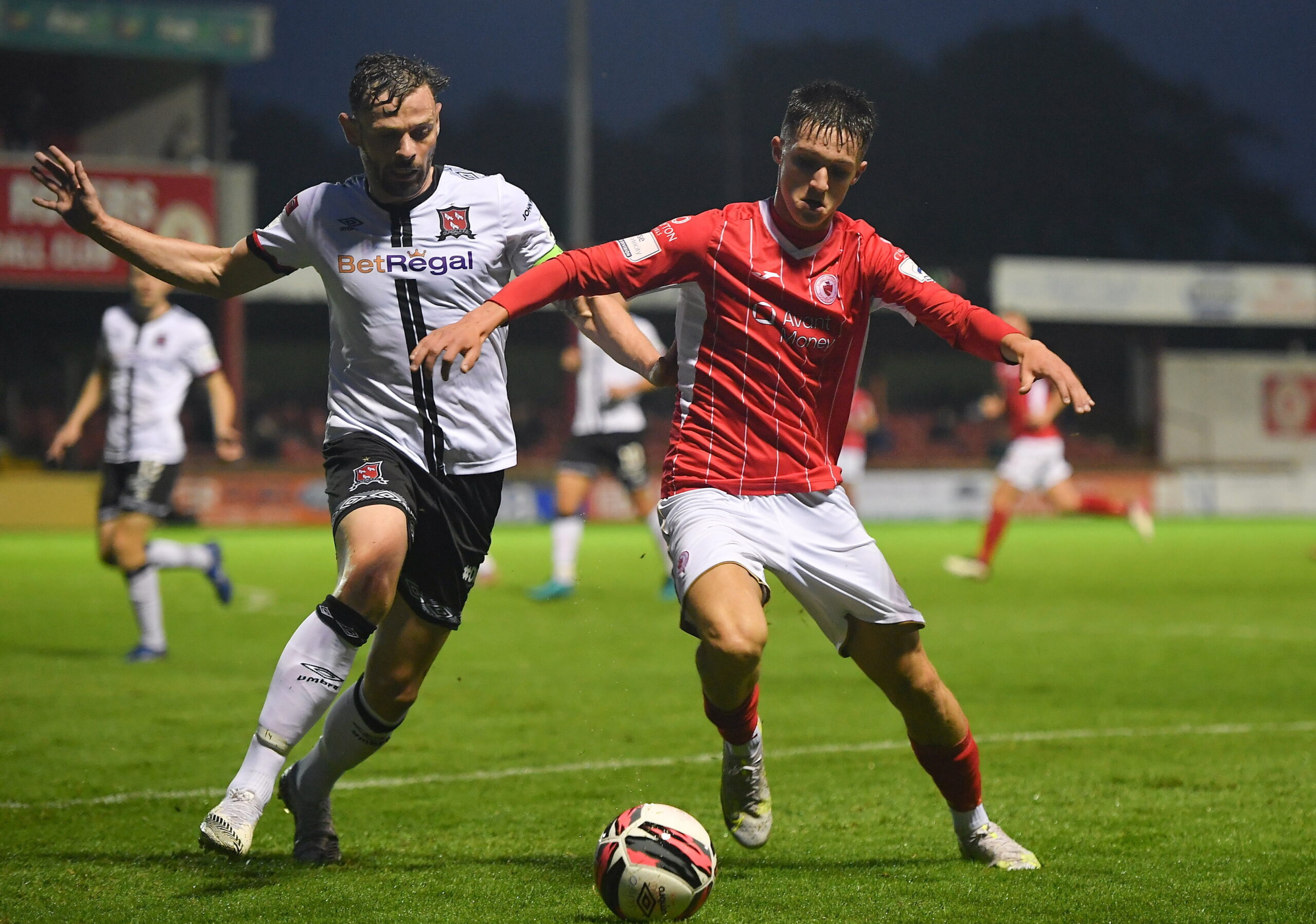 Melvyn Lorensen then flicked a header just wide from a follow up corner and Figueira was denied by Andy Boyle who got his body in the way of his shot.

Figueira again got by Nattestad and unleashed a shot but Boyle once more was able to block down.

Dundalk forced a number of late corners however they couldn’t conjure up a leveller and they suffered back-to-back defeats.