Greg Sloggett heaped praise on his new teammate – and housemate – Alessio Abibi after the Albanian goalkeeper secured Dundalk a share of the spoils against Sligo Rovers at The Showgrounds on Saturday evening.

With the game evenly poised at one goal apiece, Abibi made a couple of fine saves towards the end – including a stunning block to deny Johnny Kenny – and Sloggett said that the new winter arrival was growing in confidence with every passing day.

“Alessio’s a fantastic shot-stopper,” he told dundalkfc.com. “He works hard at it every day in training and, to his credit, he made a couple of great stops and pulled it out of the bag. He’s a great solid pair of hands behind us and knowing that is a big thing for us.”

Reflecting on the game itself, which saw Sligo Rovers striker Romeo Parkes cancel out Patrick McEleney’s opener with a neat header, the former Derry City and UCD midfielder said a draw was probably the right outcome.

“We knew it would be difficult,” said Sloggett. “It was a frantic match and it definitely had that first game of the season feel to it. We played some good football early on and we deservedly went in front so it was just a shame that we conceded from a set-piece. 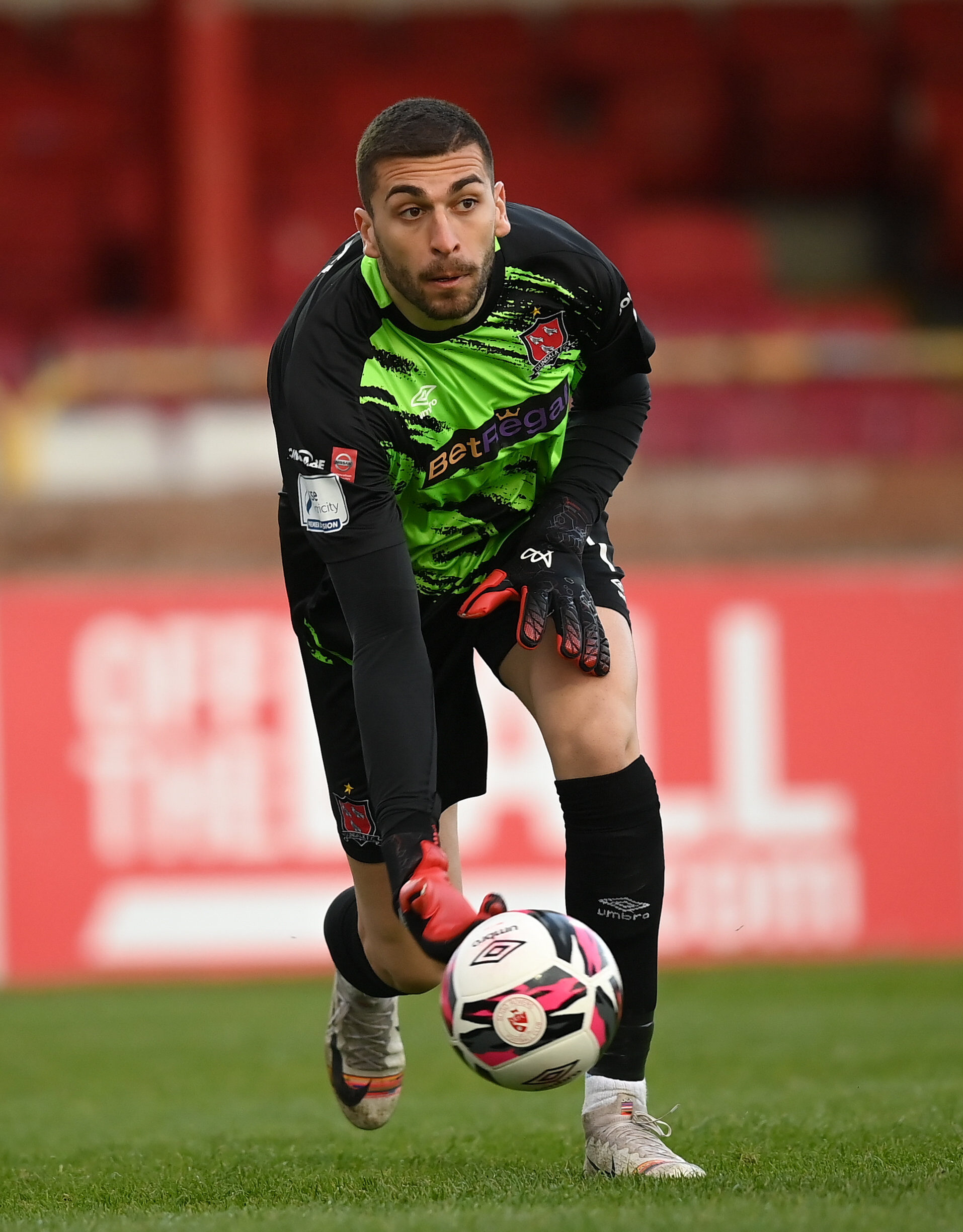 “We have been working on that and it was disappointing to lose the lead in that manner but a point is a point, we have something on the board and we’ll be looking to pick up three against Finn Harps at Oriel Park on Friday night.”

Sloggett played a major part in Dundalk’s goal, hustling Greg Bolger on the edge of the Sligo Rovers box to force the midfielder into the error that allowed McEleney the opportunity to curl the ball into the top corner of Ed McGinty’s net.

“We had a game plan to press high and press aggressively and it paid off. It was a great finish by Fats but the disappointing thing is we couldn’t kick on,” he added.

“They equalised a few minutes later and if you look back at it, it was a free-kick into the box and it was a header from deep. We need to set up better and quicker and ensure it doesn’t happen again.”

The Lilywhites number 10 almost restored Dundalk’s advantage in the second half but his 20-yard effort credit agonisingly past Ed McGinty’s post, one of a number of openings that the Lilywhites created during a good opening spell after the restart.

“We had a good few chances in the second half and to their credit, Sligo also created a good few openings,” said Sloggett. “Things opened up and we went close to taking the lead on a few occasions; Pat Hoban had a great header come back off the inside of the post, so it was just one of those nights where things didn’t quite go for us.”