Dundalk FC is delighted to announce that Greg Sloggett has signed a new two-year contract with the Lilywhites.

The former UCD and Derry City midfielder made 38 appearances for the club in 2021, scoring once – a Goal of the Season contender against Bohemians at Dalymount Park in May.

Sloggett becomes the sixth player from last season’s squad to pen a new deal and after an unsettling end to the campaign, he said he was delighted to have secured his future at Oriel Park.

“I’m really excited and looking forward to it,” he told dundalkfc.com. “If you asked me a month or six weeks ago if I’d be back here, I would have said I had no idea but a lot of things have changed at the club and I’m delighted to be back on board.

“Momentum has built up over the past month and the most exciting thing for me is the prospect of working with the new owners, the new management team, and the players that have both come in and that we have retained. I’m delighted to be a part of it.”

Next season will be the 25-year-old’s third at Oriel Park and after something of a rollercoaster ride over the past 18 months, he believes the club is now on a sound footing that will enable it to build for success in the future.

“It’s been a tumultuous two years and there have been lots of ups and downs but I still look back fondly on that period,” he said. “I joined Dundalk to be successful and although we may not have won a league, we got to the group stages of the Europa League and won the FAI Cup in 2020. 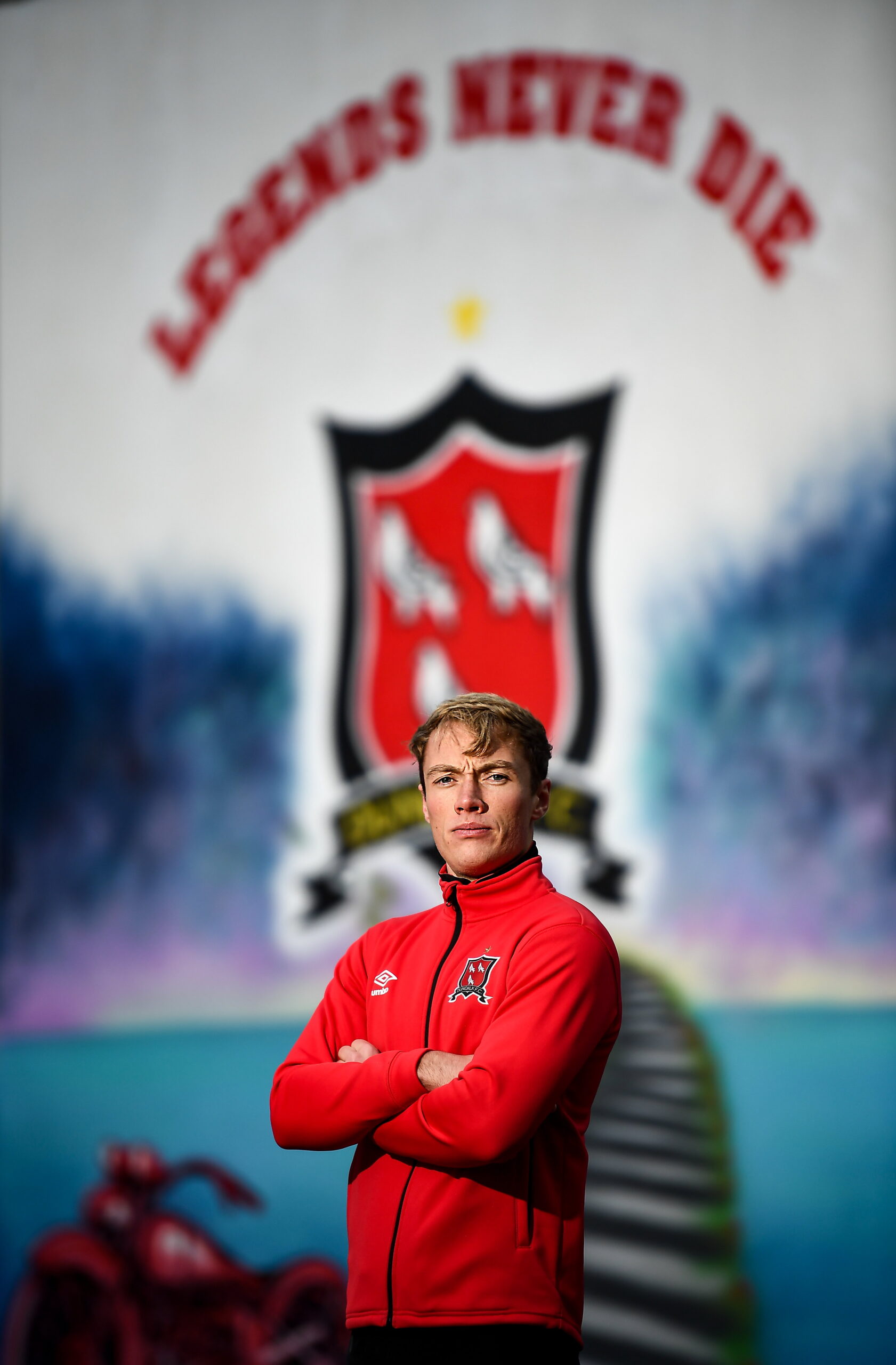 Greg Sloggett poses for a portrait after signing a new contract at Oriel Park. Photo by David Fitzgerald/Sportsfile

“This year, things weren’t quite the same and things spiralled downwards in so many ways but there have been so many positive changes made at the club over the past six weeks or so.

“I want to be at a club that I think is going to be successful because it’s a short career and I really feel that the decision I’ve made takes that into consideration.”

Sloggett will be joined by some very familiar faces in the Lilywhites engine room next season. After two seasons at St Patrick’s Athletic, Robbie Benson is back at Oriel Park while another of the new arrivals, Paul Doyle, was a teammate of Sloggett’s at UCD in 2018.

“I’m delighted to see Paul here,” said Sloggett. “Technically, he is a brilliant player. He’s really intense in how he plays, with and without the ball, and he will be a great asset to the club. He is a huge addition and it’s fantastic to see him on board.”

“I’ve been admiring Greg for the last couple of years and I’m looking forward to working with him,” said Dundalk FC head coach Stephen O’Donnell. “As a midfielder, there is huge scope there for him. He has the athleticism and we feel we can develop him even more.

“We saw Greg as a big one to try and keep here and we are delighted to have done that. I don’t think he has sampled the ‘real’ Dundalk yet and he’s another one that we are looking forward to working with on a day-to-day basis.”