Supporter information for the SSE Airtricity League Premier Division fixture with Shelbourne at Casey’s Field. Kickoff is at 7.45pm.

Flares/Smoke Bombs
We would like to remind all of our supporters that the use of flares, smoke bombs, canisters and fireworks is not only extremely dangerous but will lead to the club being fined by the FAI.

All Dundalk supporters have a right to be able to support their team in safety without fear of being badly burned, or suffering from smoke inhalation.

The atmosphere and support that has been shown to the team at Casey’s Field this season has been fantastic. Our owners, management team and the players want that to continue as we approach the business end of the season but we are calling on all of our supporters to do it in a manner that will not cause serious injury to their fellow fans or cost the club financially.

Tonight’s game is being televised live on TV and if the people working at Casey’s Field are impacted by smoke there will be very serious repercussions, including the potential closure of The Shed or a full/partial stadium ban.

We are calling on all of our supporters to please refrain from using these devices. 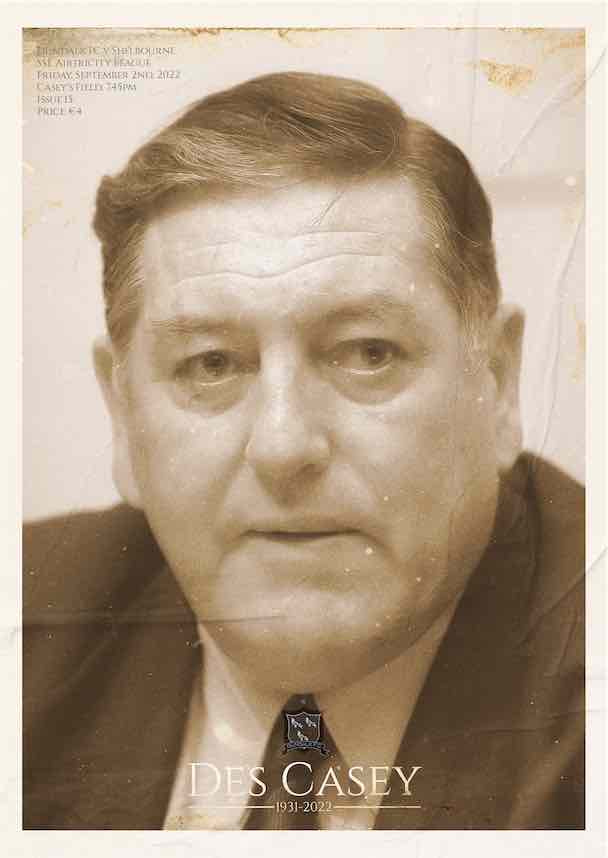 DFC Magazine
Issue 15 of the 2022 DFC Magazine, which features a tribute to the late Des Casey, will be on sale before the game and from the bars and shops inside the ground. The programme costs just €4.

Match Sponsors
We would like to thank Cooley Distillery for their sponsorship of this evening’s game. Cooley Distillery is an Irish whiskey distillery on the Cooley Peninsula which was founded in 1987 after Irish entrepreneur John Teeling purchased the site from the state-owned Cooley Alcohol Factory, which was originally built in 1939.

SeeChange Green Ribbons
As part of our Dundalk FC Harry Taaffe Mental Health & Wellbeing Programme, the club have linked up with See Change, a national partnership working to change minds about mental health problems in Ireland, to participate and promote their annual Green Ribbon campaign this evening. Green ribbons are available outside of the ground, free of charge.

All three participants will receive a voucher for the Dundalk FC Club Shop that entitles them to a €20 discount on purchases over €50. If one of the participants hits the bar, they will also receive a special prize.

Club Shop
The club shop will be open from 10am-4pm and again from 6pm-10pm. It will also be open between 12pm-4pm on Saturday.

Ticket News
Tickets are available online and will also be available from the ground ahead of kickoff.

Food and Drink
The Lilywhite Lounge and Enda McGuill Suite open their doors at 6pm. All pints are priced at €4 before kickoff. Sing Li will be on hand to provide food and drink inside the ground.

Watch/Listen
The match will be broadcast live on RTE2 and on LMFM and Dundalk FM. Please be advised that there will be no live stream on LOITV this evening.