Dundalk FC’s U15 girls team will be hoping to pick up some silverware on Sunday when they take on Peamount United in the final of the Willie Prout Cup in Balbriggan.

As one of the top six Metropolitan Girls League (MGL) teams in that age group, Bernard Freeman’s side were invited to take part in the competition, hosted by Glebe North, and they booked their place in the decider with two impressive victories last weekend.

On Saturday, they beat old rivals Bohemians 4-2 thanks to goals from Molly Williams, Sophie Hanlon and a brace from Molly Gordon. Ciara Whyte, who was excellent in front of her back four, was deservedly named Player of the Match.

“Bohs are probably the top-rated team in the MGL and for the past two or three seasons, it has been between us and them, but the girls showed real heart and determination to come out on top,” said Freeman.

“The conditions were very hot, but the girls went out, and they took great confidence from scoring the first goal. We actually had to take a player out at the start of the game as she was suffering from shin splints, and we put Molly Gordon in who ended up scoring two goals, which was great!” 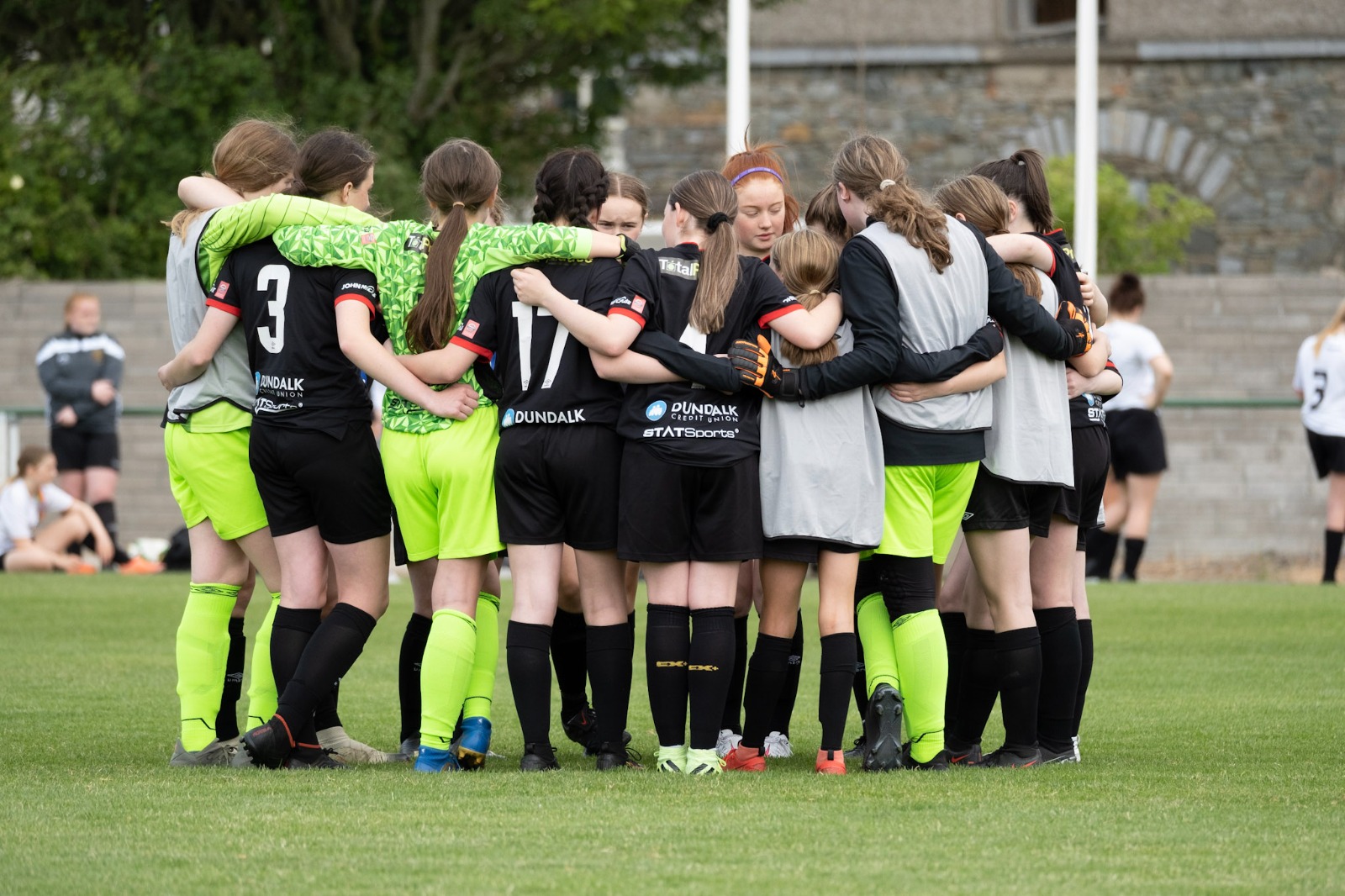 The Lilywhites followed that up with an equally impressive 3-1 win over a tough Cherry Orchard team on Sunday. Led by Player of the Match Sophie Hanlon, they beat the Dubliners 3-1 with Siún Kirby, Ciara Whyte and Annie Stanfield all on the scoresheet.

“We were going that the girls still had more to give on Sunday, but they battered away against Cherry orchard and Siún scored her first goal for Dundalk less than five minutes into the game which gave us a big lift, and we went on to win it.”

This Sunday’s final kicks off at 1.30pm and Freeman is expecting a hard-fought battle against a team that his players are very familiar with.

“We played them in the cup final in 2019, and it went to extra time and penalties before we ended up winning it,” he said. “There is a great rivalry there, and we are looking forward to it.

“This is our first real tournament since the pandemic started last year,” he added. “The MGL season starts, hopefully, in August so this is a nice way to prepare for that and if we can take the scalps of Bohemians and Peamount, that will give us a great lift going into the season.”