Dundalk suffered defeat on the road on Friday evening as they left the UCD Bowl empty handed following a 3-2 defeat to UCD.

Keith Ward put Dundalk in front before Thomas Lonergan got his first to level it. Steven Bradley restored the Lilywhites lead however goals in the closing stages from Dylan Duffy and a second from Lonergan gave the Students the win.

Stephen O’Donnell made two changes from the side which was held 0-0 by Shelbourne last Friday as David McMillan and Darragh Leahy came into the starting XI for John Martin and John Mountney.

Dundalk had the chances early on with David McMillan forcing a good save from Kian Moore after a through ball by Steven Bradley before Ryan O’Kane’s cross was almost turned goalwards by Greg Sloggett.

Andy Boyle had a header saved by Moore also while McMillan had appeals for a penalty turned down from his shot that appeared to strike the arm of Michael Gallagher however nothing given.

McMillan again had a chance as he got his head to Leahy’s cross but it went inches over the bar.

The Lilywhites would take the lead just five minutes before the break though. 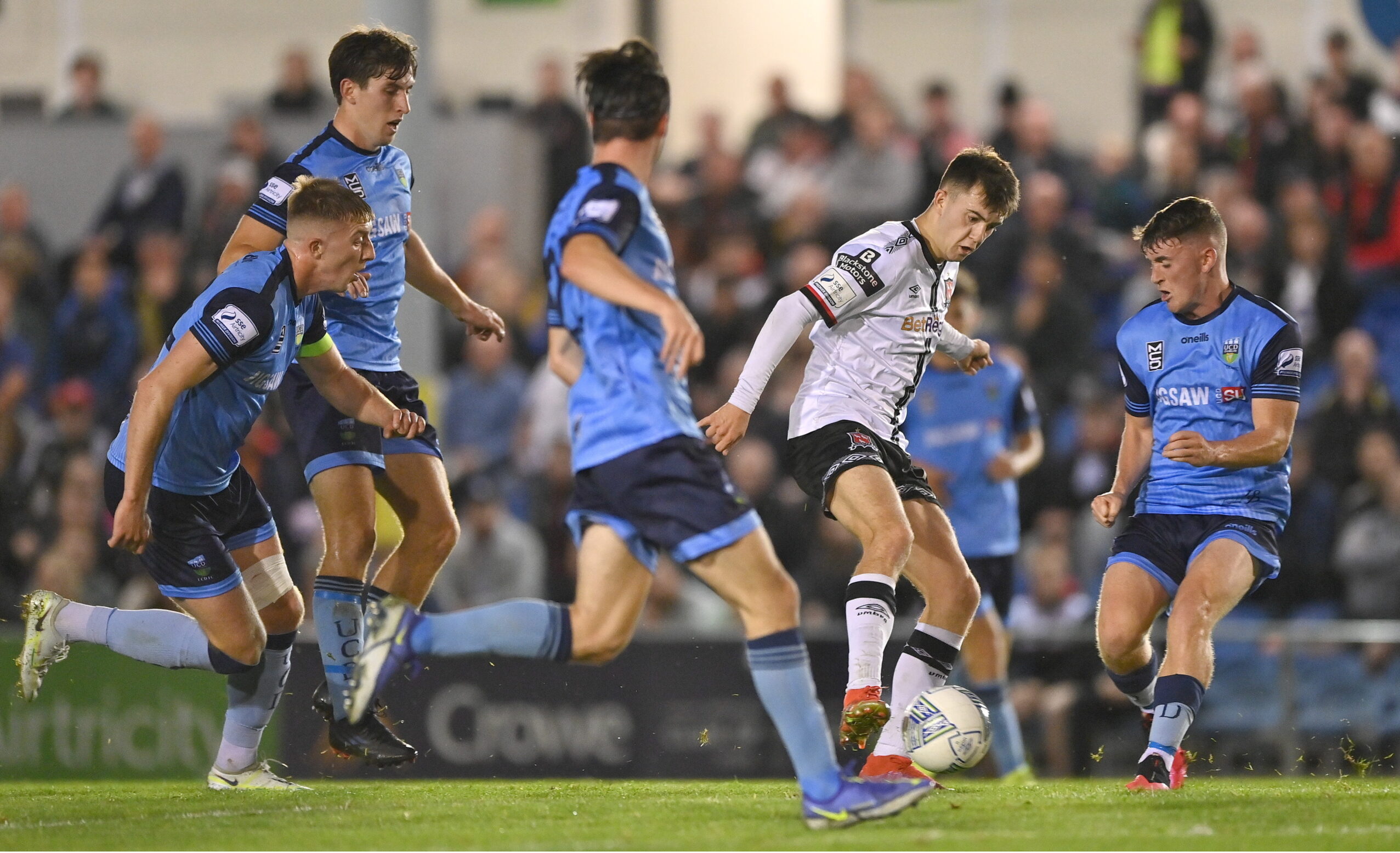 Steven Bradley gets away from Michael Gallagher. Photo by Seb Daly/Sportsfile

Bradley was fouled on the edge of the area by Gallagher. This allowed Ward to step up and curl the ball beautifully over the wall, off the post and into the net giving the goalkeeper no chance.

It should have been 2-0 moments later when O’Kane got in behind and shot but with just the keeper to beat he fired well wide.

UCD got back on level terms almost immediately after the restart when Lonergan danced through the Lilywhite defence and sidefooted past Shepperd.

Sam Bone fired over the bar and Paul Doyle just wide as Dundalk offered a response to the setback.

They would go back in front though just before the hour mark when a quick break away from O’Kane saw him find Ward inside the area. He laid it off brilliantly to Bradley who showed brilliant composure to finish below Moore to the net. 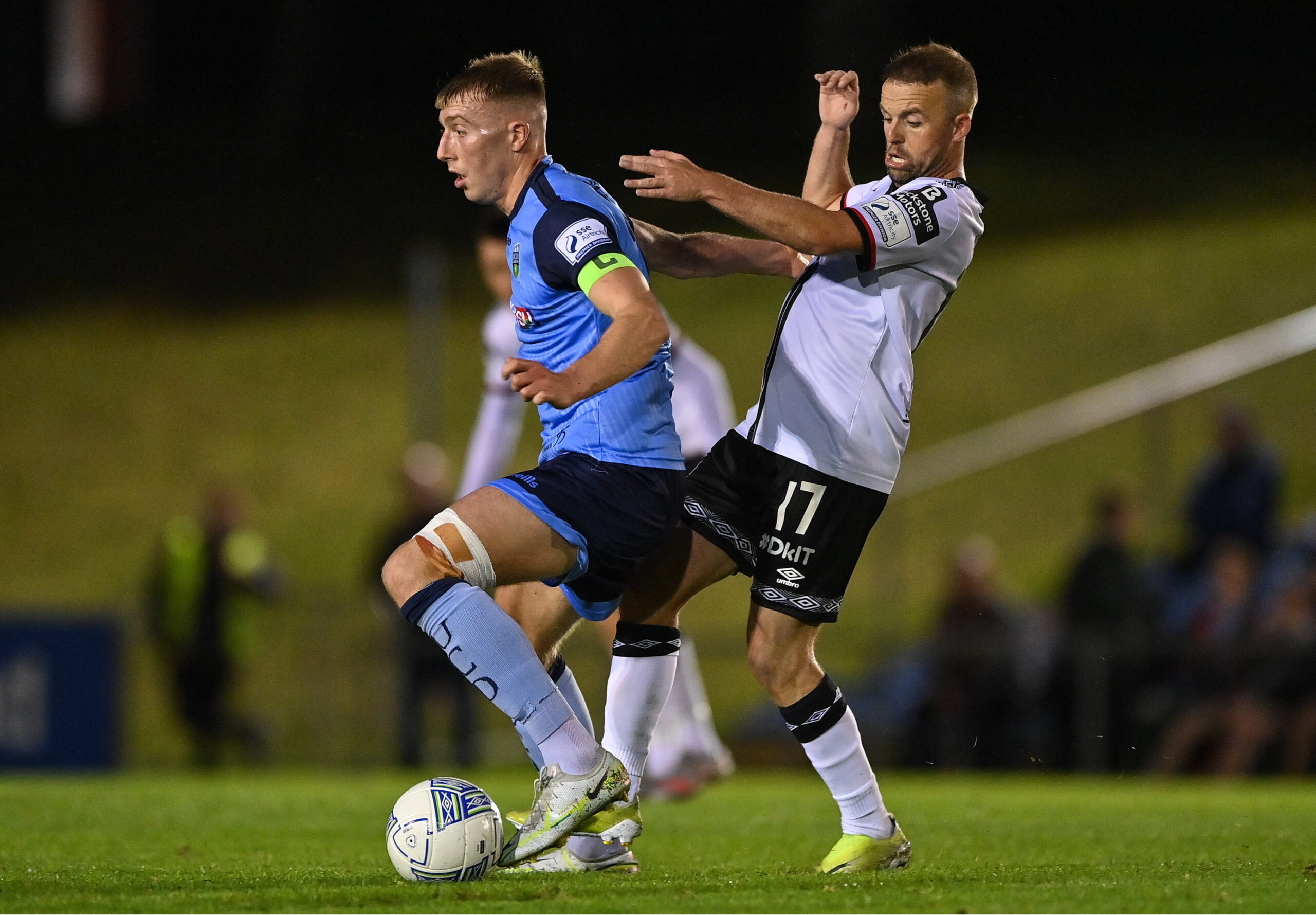 Keith Ward in action against Sam Todd.Photo by Seb Daly/Sportsfile

There were substitutes on both sides which disrupted the flow of the match but Alex Nolan got in behind for UCD but his shot was straight at Shepperd.

Ward had a chance to grab his second after a good Runar Hauge run however some last ditch defending denied him.

UCD would get their second equaliser with 10 minutes to go when Hauge’s loose goal was picked up by Brennan and his run yielded an opening to give it to Duffy and he took a shot early which found the bottom left corner.

The hosts would turn the game on its head when Lonergan got through on goal and rounded the goalkeeper before firing to the empty net.

Dundalk briefly threatened before full-time however it ended in a 3-2 defeat.