VAL DETERMINED TO MAKE AN IMPACT

VAL DETERMINED TO MAKE AN IMPACT

After impressing in the Malone Cup win over Drogheda on Saturday afternoon, Lilywhites youngster Val Adedokun is fully focused on gaining more chances to shine over the coming months.

The winger was a late inclusion in the Dundalk starting line-up after Sonni Nattestad pulled out with a knock, and he seized his opportunity with both hands.

The 18-year-old played the ball to Ryan O’Kane in the move that earned Dundalk the penalty that saw them draw level at Head In The Game Park before scoring the second himself with a tidy right-footed finish after 37 minutes.

Speaking about his first goal for the club, he told dundalkfc.com: “The ball came across and I was trying to put it onto my left but as it came across I had to take it on my right – and I’m happy with how it went.”

Adedokun was quick to praise his teammates too, with both Junior, who provided the assist, and O’Kane singled out for attention. On Junior, he said, “He’s a great teammate. You can obviously see the qualities that he’s shown. He’s top goalscorer for a reason and he’s a great addition to the side.” 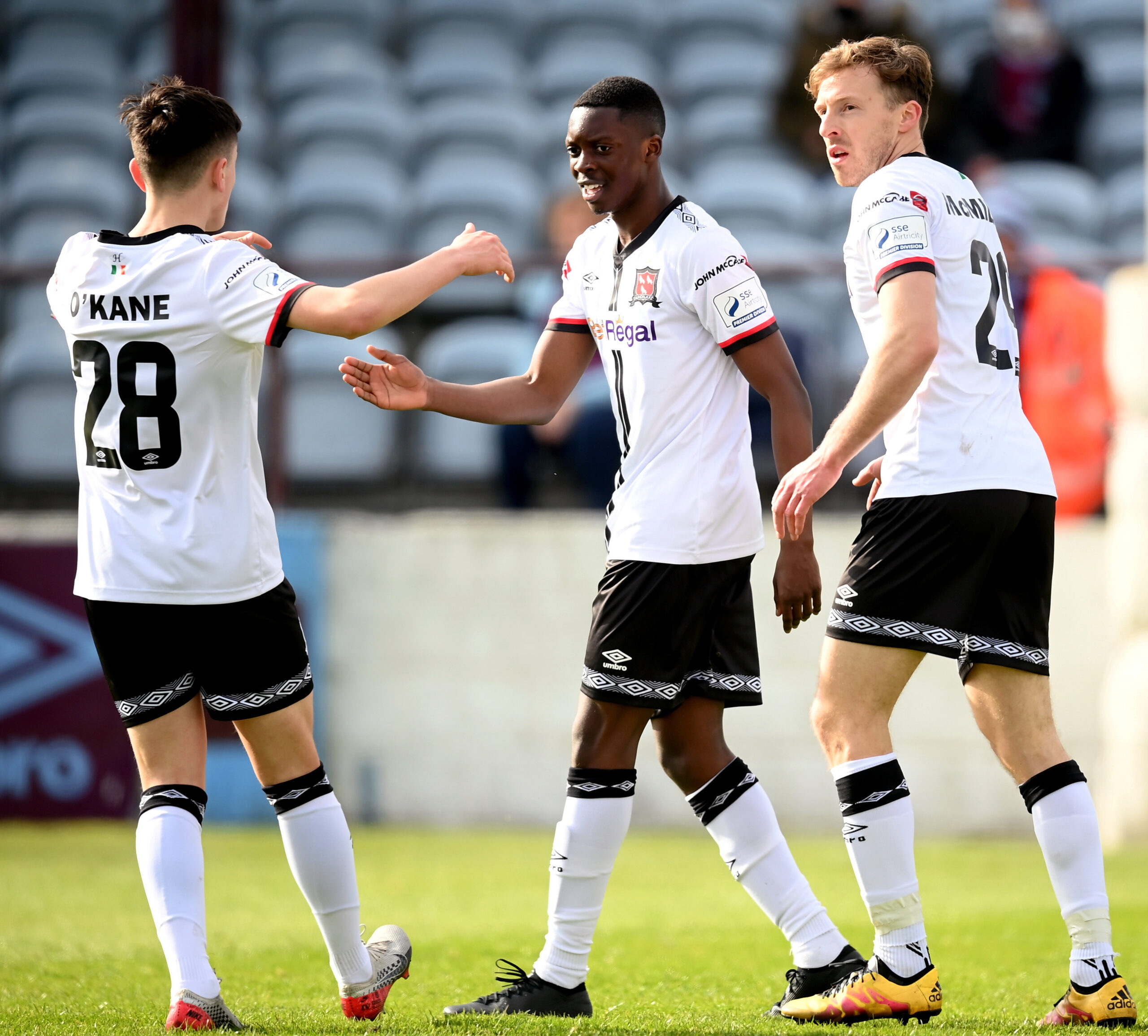 Val Adedokun celebrates with Ryan O’Kane and David McMillan after scoring in the Malone Cup. Photo by Stephen McCarthy/Sportsfile

And on fellow young talent O’Kane, he said, “Ryan’s very good. He looks very comfortable, he’s slotted right in. He looks just like a first-team pro already and it’s good to see him, a guy my age, training with him, a guy I can relate to and on my wing as well, he’s on my side so it’s good to be able to link up with him”

Despite his late inclusion in the starting XI, Adedokun looked sharp from the off.  “You’ve always got to be ready,” he said. “If you’re not ready, you miss opportunities like this. Once you’re ready, you slot in, you play how you’ve trained and that’s the type of thing that can happen.”

Adedokun also believes we’ll see more of the underage Lilywhites involved in the first-team in the future, saying “If they’re good enough they play, myself and Ryan have shown that today and obviously there’ll be a lot more players coming through that will do the same.”