A Greg Sloggett double was added to by Joe Adams, who netted his first for the club and Patrick Hoban.

Speaking to dundalkfc.com, after the match Keith Ward was understandably delighted with the win and is hoping it is the first step on the way to the AVIVA Stadium in November.

“It was a good win. These rounds are just about getting through and we are delighted to do that. The first half maybe wasn’t the best but we hung in there and we knew that we would get chances.

“Once we got one we were able to go on then but it was tough. They were hard to break down and it was a tough night with the weather too. We knew it wouldn’t be easy, there are no easy games here.

“It was a good finish for us though and we are happy just to get the win, we all want to play in the AVIVA in the final and this is hopefully the start of it.”

With the draw on Tuesday afternoon, Wardy believes anyone at home should be welcomed but in the bigger picture, is pleased with the overall form at Oriel Park and wants that to be carried into the latter part of the season as the campaign comes to a head. 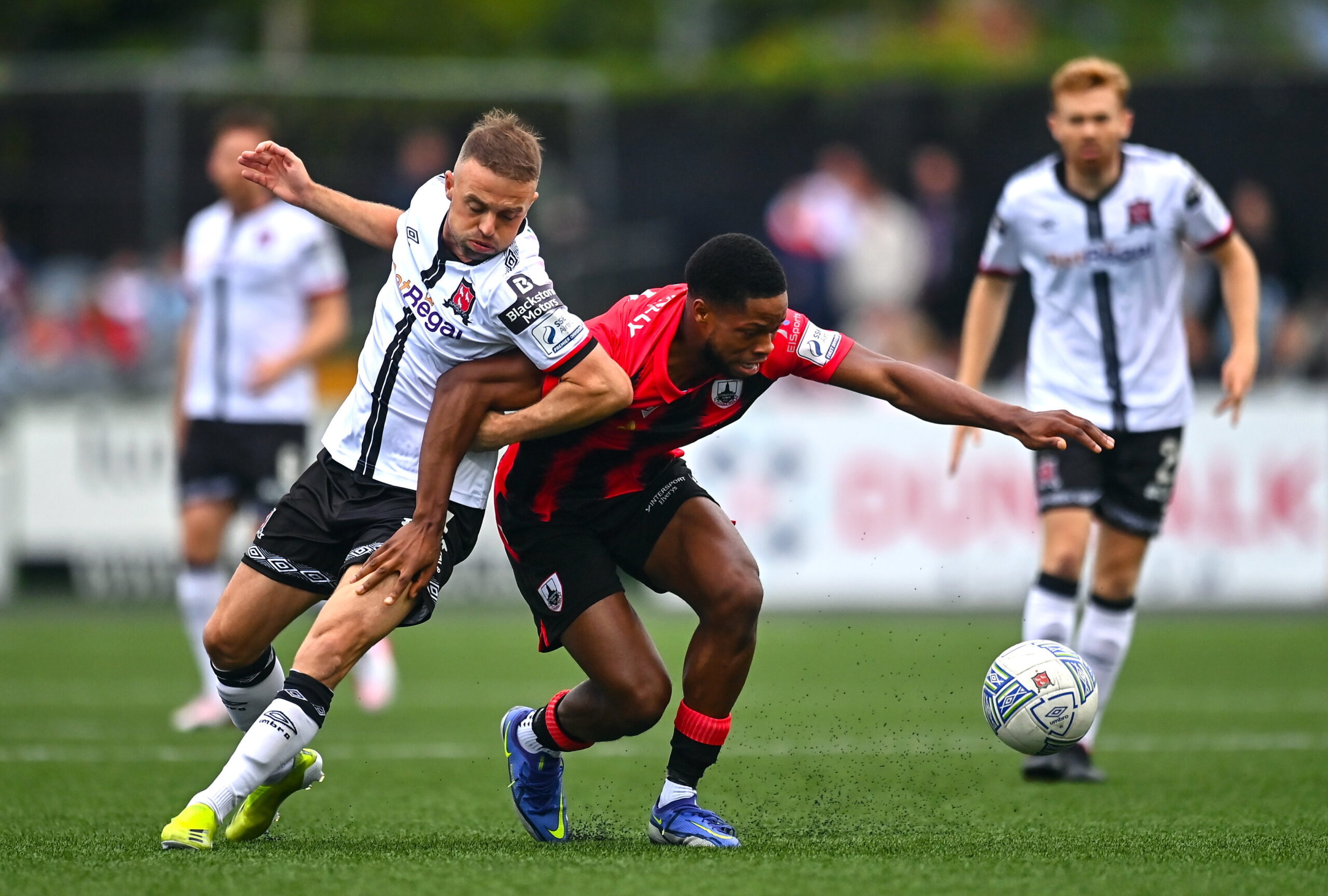 “The home form has been good so you would fancy anyone at home but we are back in the league now and we have had a good few weeks. We have had too many draws in some matches but we have been very consistent.

“The group has come together well and we are on a good run of form. We have only lost one match since April so we are in a good place now and we are coming into the busiest part of the season and we are all looking forward to it. ”

Next Friday evening sees Ruaidhri Higgins bring his Derry City side to the Carrick Road in what is a battle between second and third in the table.

The opening day produced a thrilling 2-2 draw at Oriel with the Lilywhites winning 2-1 on Foyleside in May.

That clash is something that the 31-year-old believes will act as motivation for the Candystripes but the Dubliner is confident and is planning on taking all three points.

“We have had a couple of good battles with Derry this year, we beat them in the Brandywell a few weeks ago so I am sure they will be looking to come here and get us back for that but we will be ready for them.

“We have been so good at home, the home form here at Oriel is amazing and we want to keep that going so we are confident of getting the win.

“They have a brilliant squad and are in good form but so are we, we have put ourselves in a great position. Our home form is brilliant and we want to get the win to take us into the rest of the season.”