Patrick McEleney and Joey O’Brien traded early blows between the League of Ireland heavyweights. McEleney nearly turned creator for fellow Derryman Michael Duffy later in the half but Alan Mannus proved his equal as the sides went in level despite Rovers’ dominance with the ball.

Shortly after the interval, Aaron Greene’s shot bounced off the bar, before Graham Burke’s sweet strike came back off the post in the 53rd minute.

Dundalk rode the storm and, after more McEleney intervention, they retook the lead through a beautiful Kelly strike before the hour-mark as he celebrated his 25th birthday in style. 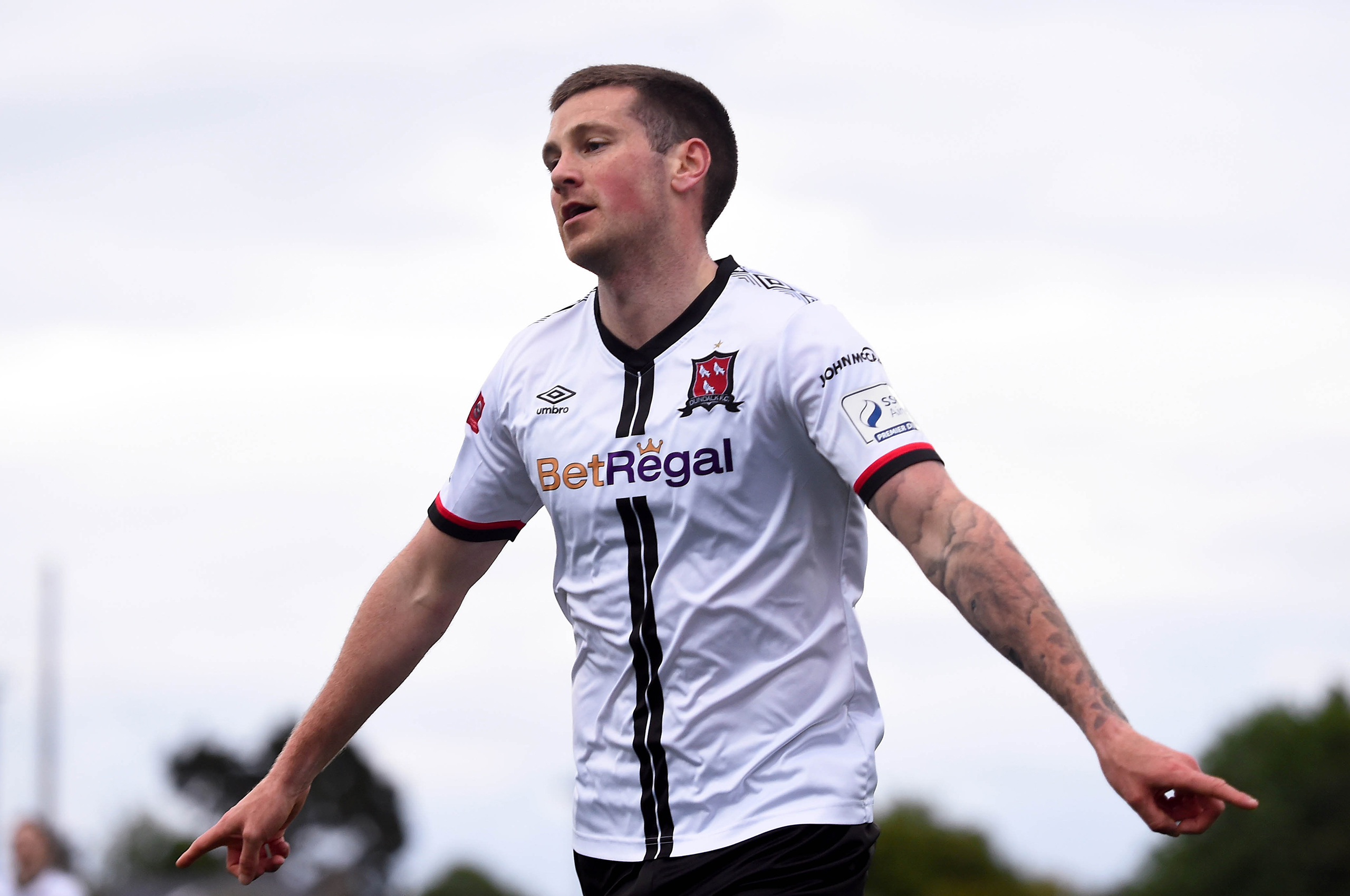 The Lilywhites came under pressure from the league leaders for the remainder of the game and had to survive a huge scare late on when Greene got free at the back post, but they held firm to bag a huge three points.

Rovers started brightly and in the fourth minute a Seán Gannon cross was headed off the bar by Rory Gaffney.

However, having soaked up pressure, Dundalk struck in the 11th minute with a lightning break from a Rover corner, Kelly playing in McEleney who was coolness personified before blasting past Mannus. 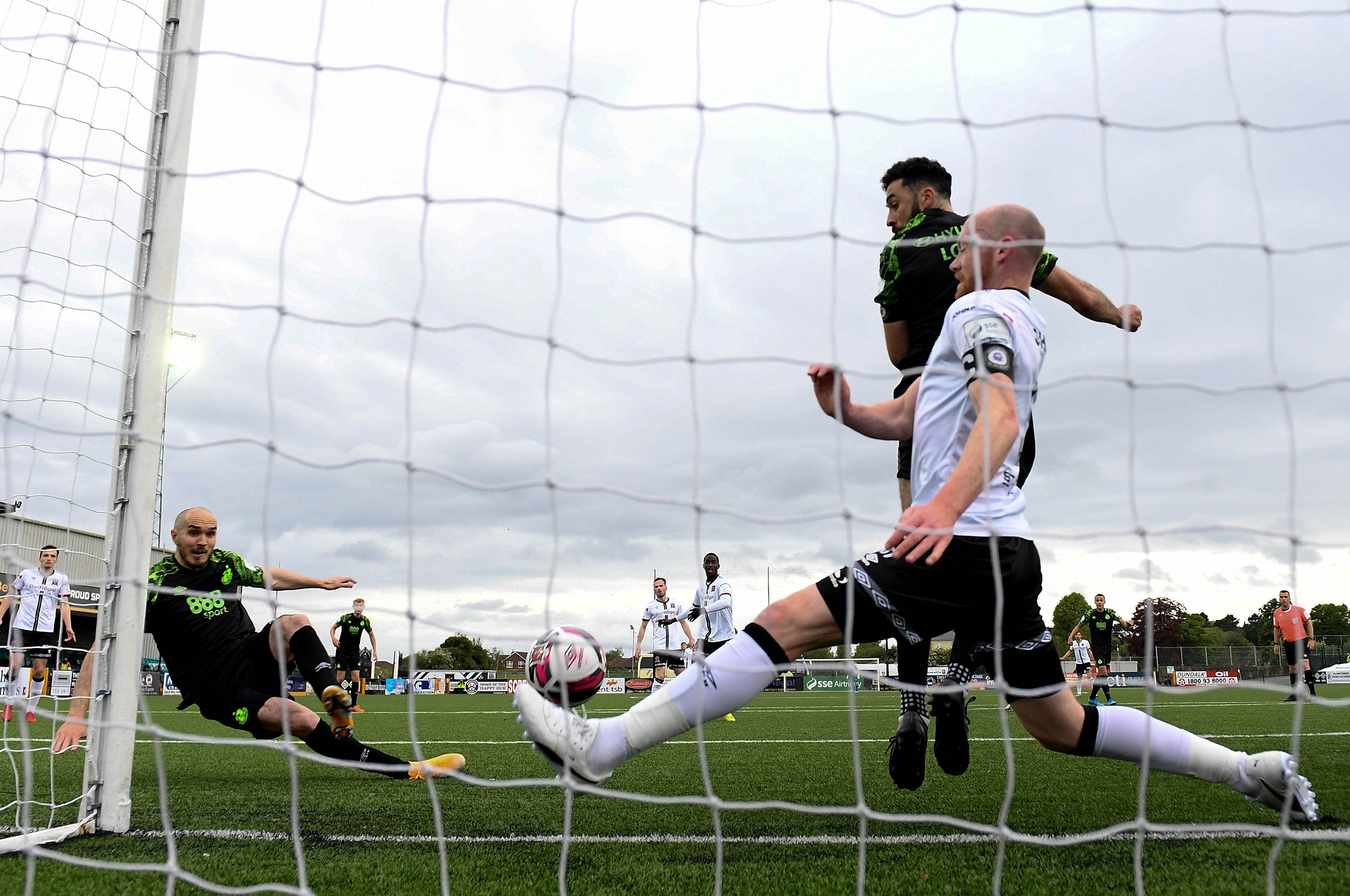 Rovers, though, replied immediately when goalkeeper Alessio Abibi was unsure and Joey O’Brien had the simplest of tasks in levelling up the scores.

The visitors were by far the better team in the opening half-hour without threatening Abibi again in that period. Dundalk almost stole the lead once more on 32 minutes when the hosts seized possession in the Hoops’ half and McEleney’s cross found Duffy whose effort was beaten away by Mannus.

On 48 minutes, Rovers went close when Liam Scales played the ball down the line to Greene whose chipped effort looked to be heading in only for the ball to bounce up off the surface and come back off the woodwork.

Five minutes later, Burke’s left-footed strike rattled the inside of the post as Dundalk once again thanked their blessings. 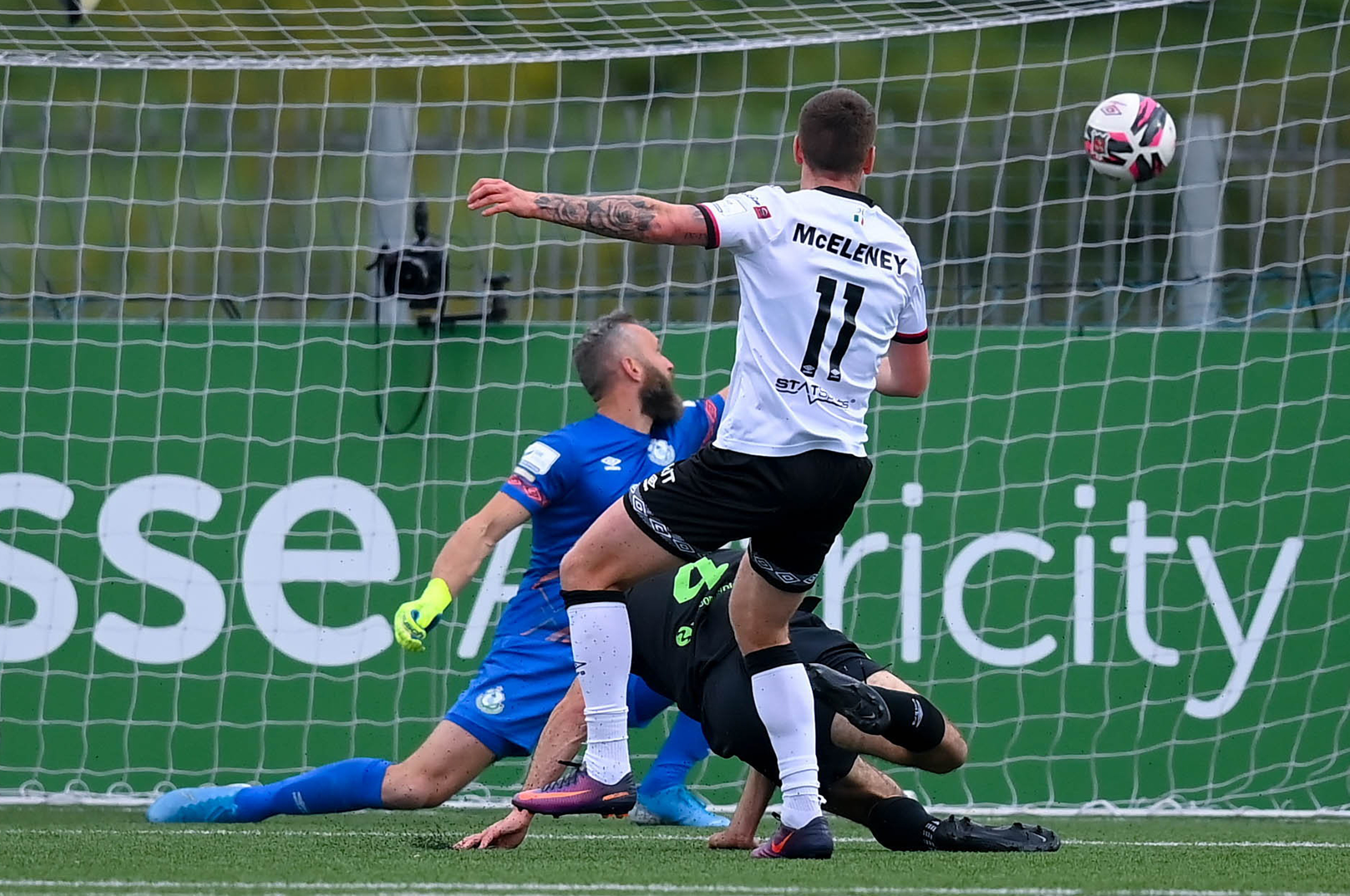 In the 59th minute, Dundalk took a stunning lead when McEleney robbed the ball in the Rovers half and played the ball to Kelly who, from the right of the area, arrowed the ball to the far top corner.

Ten minutes from time, Danny Mandroiu’s free-kick from outside the box was on target but comfortable for Abibi.

Following that, Raivis Jurkovskis raided forward and unleashed a strike that flew wide, and then substitute Ole Erik Midtskogen got in behind but his powerful effort was blocked by Mannus.

In the 89th minute, Rovers should have levelled when a quick corner saw Mandroiu deliver delicately to the back stick but somehow Greene fluffed his lines and headed wide, as Dundalk ended the Hoops’ record.