In a bid to get regular game time, the duo moved to Lissywoolen in March but their stay in the midlands was cut short last week before the SSE Airtricity League First Division season got underway.

“It just didn’t work out,” said Keegan. “It seemed Athlone did want to take them initially and I don’t know what changed. I just think opportunities to play were going to be more limited than we thought they were going to be.

“It was quite close to deadlines when we were trying to get stuff done. I think Athlone said we’ll bring them in and we’ll figure it out as we go along. I know Terique picked up an injury as well when he was there so that didn’t help him in terms of him trying to make an impression. 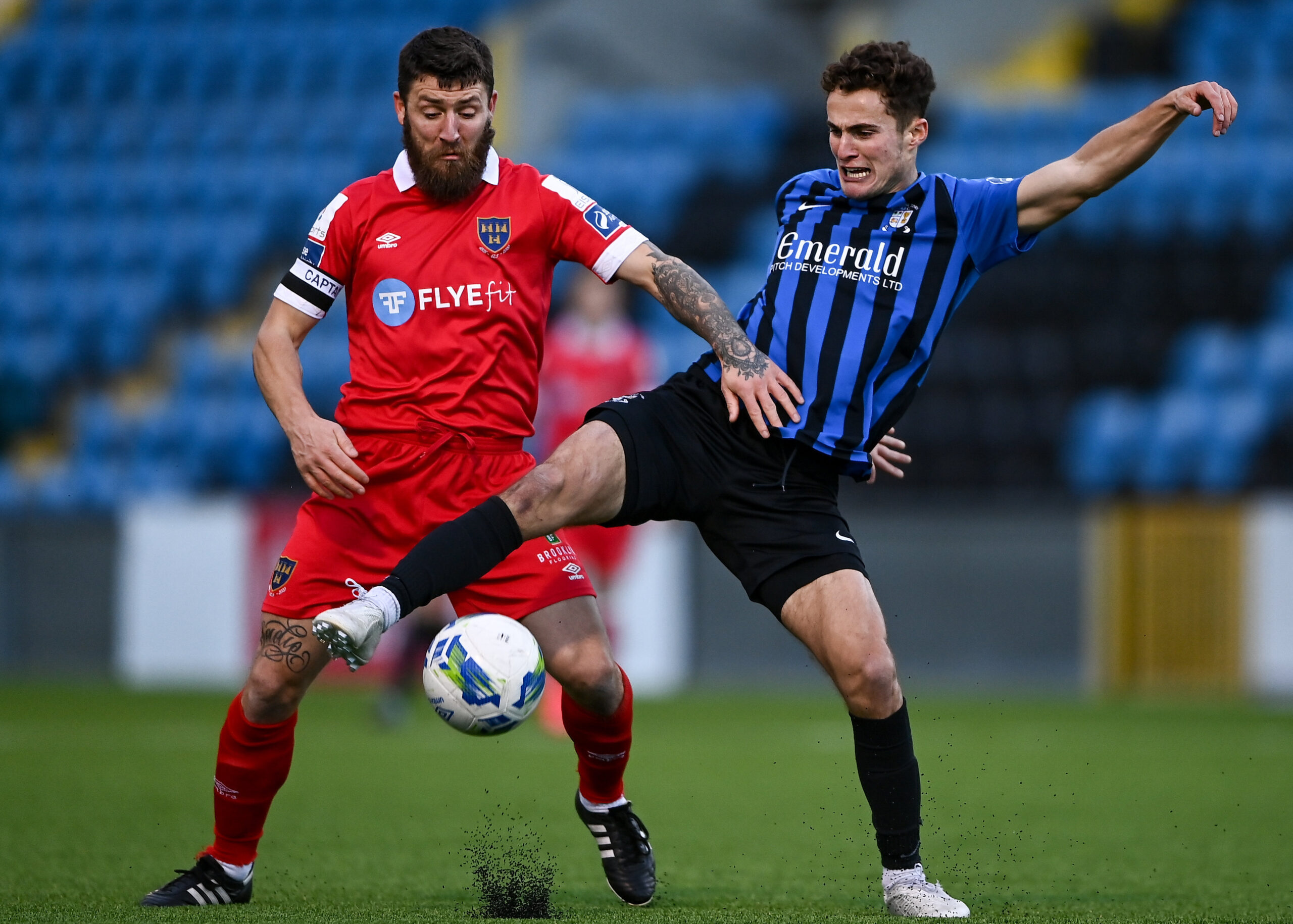 Taner Dogan in action for Athlone Town in 2020. Photo by Harry Murphy/Sportsfile

“The only reason for sending players out on loan really is to get game time. It was brilliant to see Andrew Quinn involved with Bray Wanderers last weekend. That’s why you do it.

“Once it became apparent that game-time was going to be very, very limited then it made no sense for them to be there, the obvious thing was to just get them back training here in this environment.”

Dogan, who spent the second half of the 2020 season at Athlone Town, and Mohammed, who arrived from FC Edmonton, have been training with the Lilywhites first-team squad since then but they are ineligible to feature in competitive games until the summer.

“They can’t play until July and they both knew that,” said Keegan, “but they’re both young fellas with a lot of positivity. Neither of them is whinging or moaning about it, they’re just delighted to be training at the level they’re at and are hopeful they can make an impression when that time comes.”